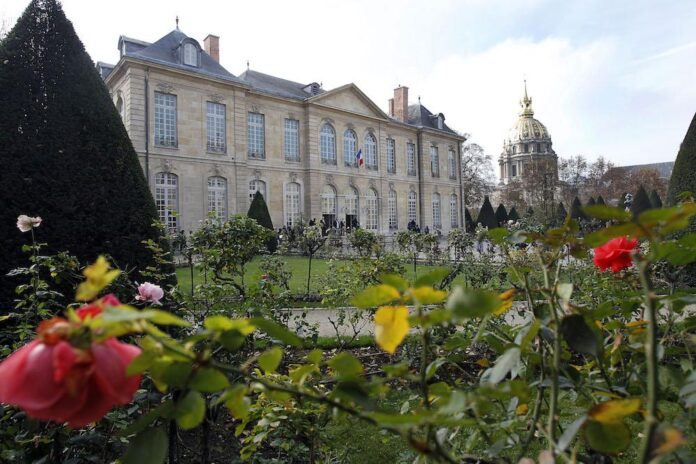 Following months of pushback, the Rodin Museum in Paris has axed its plan to build a multimillion dollar outpost in Santa Cruz de Tenerife, a port city in Spain’s Canary Islands.

The branch, announced just over a year ago, was conceived as a kind of international cultural destination akin to other relatively recent additions to the country’s institutional landscape, such as the Guggenheim Bilbao and the Picasso Museum Málaga.

Should the project have gone forward, Santa Cruz de Tenerife would have been responsible for raising €16 million ($17 million) for the venue and the cost of acquiring 83 Rodin sculptures—at least 68 of which would have been small- to medium-sized bronze replicas, according to Tenerife Weekly. Construction would have taken place over the next few years.

But critics of the proposed museum, which included major figures in Spanish culture and politics, panned the plan for its exaggerated financial projections. Furthermore, Rodin has no connection to the region, they argued.

The branch’s cancellation was made official this week as Rodin Museum director Amélie Simier sent a letter to Tenerife mayor José Manuel Bermúdez saying the French institution would withdraw from the project, according to the Times of London, which first reported the news.

In the missive, Simier said that “we must conclude that the conditions currently do not exist for the city of Santa Cruz de Tenerife to host an international museum project.” The director praised the Spanish city’s “cultural and heritage values” before acknowledging the staunch opposition to the project.

In a statement, Bermúdez lamented “the loss of this opportunity for the capital,” but promised that “this news does not paralyze the City Council’s investment policy in the recovery of local heritage and culture.”

Representatives from the Rodin Museum did not immediately respond to Artnet News’s request for comment.

Last fall, a petition circulated on social media calling for the Rodin expansion project to be halted. The document, which ultimately amassed more than 3,000 signatures, referred to the project as a “waste.”

The petition claimed that the plan was “justified on the basis of an economic study that is not rigorous, which offers estimates of the museum’s economic return that are so exaggerated as to be fanciful.”

“A more realistic estimate… will have to assume that it will be a non-refundable investment and that the resulting institution will require repeated investments to remain open,” the document concluded.

Members of the art department at the University of La Laguna appealed to the Santa Cruz de Tenerife city council to stop the initiative, arguing that it “seriously harms the culture” of the region.

The Instituto de Arte Contemporáneo, an independent association of arts professionals in Spain, came out against the proposal too, saying in a previous statement that the plan “does not respond to the cultural reality of the islands… which has been hit by the pandemic and the different economic crises, and that in months to come will be totally drowned out by the continuing economic downturn.”

“This lack of resources for local culture makes it impossible for cultural professionals to develop professionally with dignity,” the group said.

Art Industry News: Investigators Have Seized 27 Antiquities From the Metropolitan Museum of Art + Other Stories