Home News Over $400,000 of art stolen from a padlocked truck in Boulder, Colorado 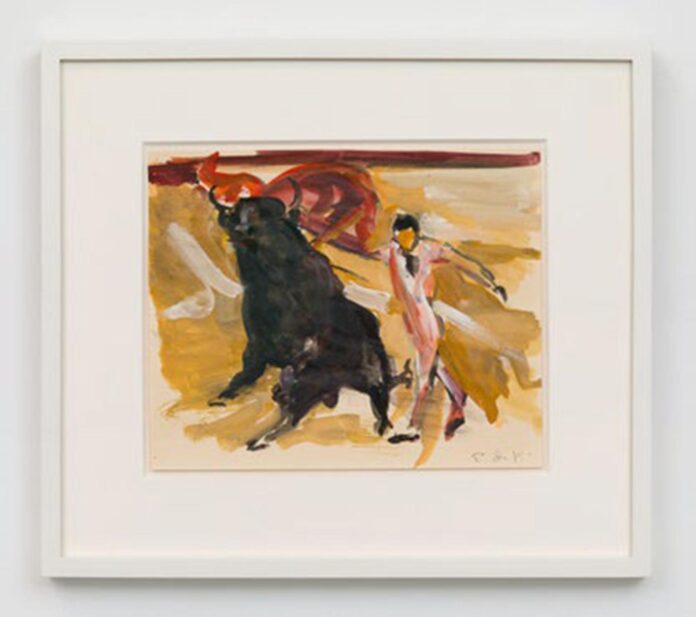 Over $400,000 worth of art was stolen from a locked truck in Boulder, Colorado on the night of 14th December 2022, according to authorities. Employees of the company responsible for transporting the artwork reportedly stayed at a hotel along the city’s 5300 block of South Boulder Rd., leaving the vehicle in the parking lot overnight. The following morning, they discovered that the truck’s padlock had been cut and five paintings had been forcibly removed. The pieces are reportedly attributable to Taos Society of Artists, a New Mexico-based commercial cooperative dating from the 1920s that largely depicted romanticized scenes from the American West. One of the paintings mentioned was created by Elaine De Kooning, a groundbreaking writer and Figurative Expressionist painter whose illustrious career was often overshadowed by her famous husband, Willem; her ties to the Great Plains were well-documented.

The Boulder police department is currently soliciting the public for leads.

This case is hardly the first of its kind in the fine arts service sector. In 2016, $250,000 worth of paintings were stolen from a trailer in LA; in 2006, a Francisco Goya painting insured for over $1 million en route to the Guggenheim Museum in New York was illegally intercepted in a hotel parking lot in Pennsylvannia.

While agencies take a fairly uniform approach to institutional insurance, arts security is more varied, leading to gaps in technology, surveillance, and professional oversight. Only time will tell how this latest theft in Boulder impacts the business at large.

Here Are 6 of the Most Daring Design Shows to See This Month (Think Chainsawed Furniture, Hamburger Vases, and Giant Crystals)

Peter Brook, a giant of international theatre whose stage work moved in sympathy with the visual arts, has died, aged 97