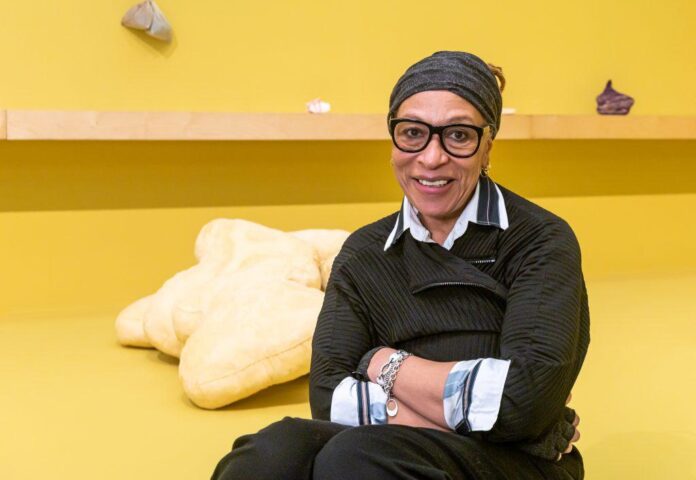 Hoots and hollers went up in Liverpool’s St. George’s Hall as the Montserrat-born artist was announced as the winner of the prestigious award. At 66, Ryan is the oldest maker to take home the prize. (Until 2016, only artists under the age of 50 were eligible.)

“Power! Visibility!” she yelled from the podium.

Ryan, who received an OBE from the Queen last year, was chosen for the “personal and poetic way she extends the language of sculpture,” according to a statement from the prize’s jury. The group praised the “noticeable shift in her use of space, color, and scale both in gallery and civic spaces.”

Roughly a mile down the road from St. George’s Hall is Tate Liverpool, where installations by the four shortlisted Turner Prize artists went on view in October. The show marked the first time the prize exhibition, which alternates between Tate’s four UK museums annually, has been held in the northwest English city in 15 years.

Unlike previous iterations of the Turner Prize, this year’s cadre of shortlisted artists included no men or collectives.

“Perhaps there were no men who were quite good enough to be nominated this year!” joked Frankie Goes to Hollywood frontman Holly Johnson, who announced the winner at Wednesday evening’s ceremony.

This year’s nominees “asked us to think beyond the gallery, into the world, and the city around us,” said Tate director Maria Balshaw in a speech of her own.

“Their rich and varied work invites us to reflect on the turbulence we’ve recently lived through—in particular our collective experience of the pandemic. But they also asked us to think about our ultimate relationship with nature, the complicated histories that we inherit, and to think about the body in its political, psychological, and racial forms. They explored dystopias and helped us to imagine potential utopian alternatives,” Balshaw explained. 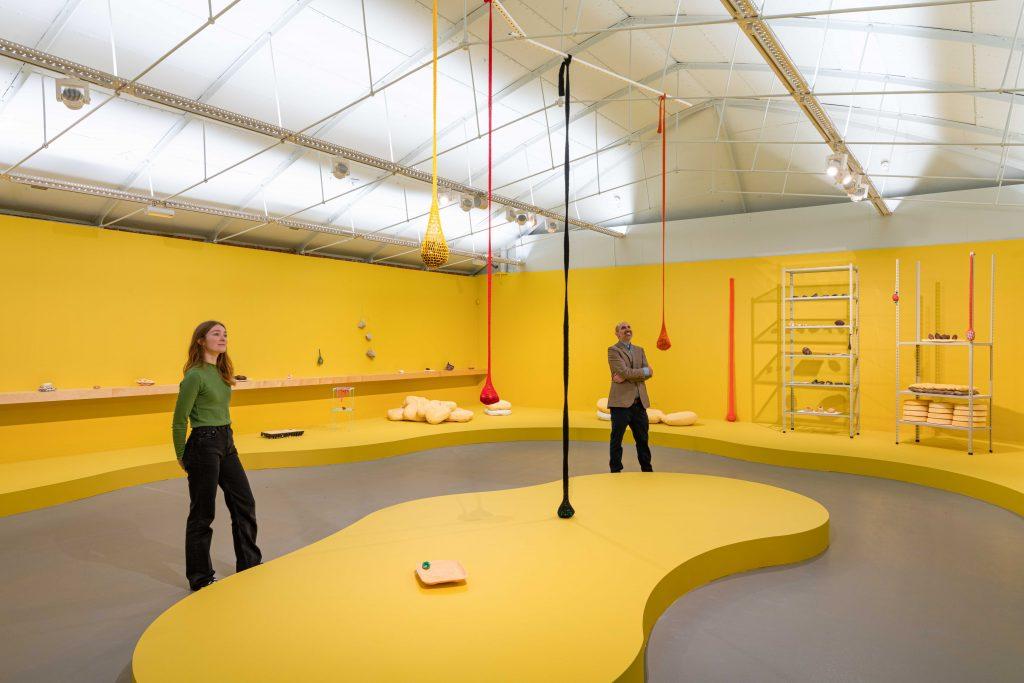 Ryan was chosen by a jury of six, including co-chairs Alex Farquharson and Helen Legg, who are the directors Tate Britain and Tate Liverpool, respectively. The jury’s remaining members were Irene Aristizábal, head of curatorial and public practice at BALTIC Centre for Contemporary Art in Gateshead; Christine Eyene, a lecturer in contemporary art at Liverpool John Moores University; Robert Leckie, director of Spike Island in Bristol; and Anthony Spira, head of MK Gallery in Milton Keynes.

The work for which Ryan was nominated includes her 2021 Spike Island exhibition, “Along a Spectrum,” as well as her monument to the “Windrush” generation of mid-century Caribbean immigrants who settled in the UK, which was installed in Hackney, London, last year.

The latter work took the form of three larger-than-life Caribbean fruits, the seeds of which served as a metaphor for propagation and the spread of viruses. The piece is thought to be the first permanent public sculpture by a Black female artist in the U.K.

In an interview with the , Farquharson called Ryan’s sculptures and installations “slow-burn work.”

“What becomes evident is this elusive treatment of themes of survival, care and she’s even used the word trauma,” he said. “The valuing of things, the remembering of things. It’s about nature and lived experience.”