Home News ‘They ran over me!’ Inhotim takes down Maxwell Alexandre work after artist... 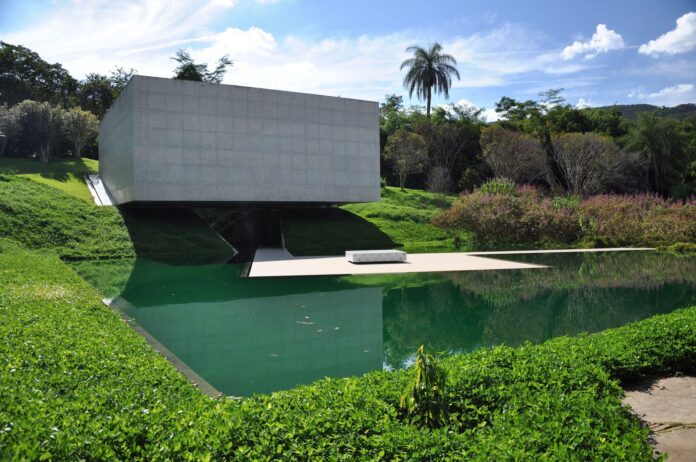 In a social media post about the Inhotim exhibition Quilombo: vida, problemas e aspirações donegro (“Quilombo: life, problems and aspirations of the Black”), Alexandre wrote that he was embarrassed by “the communication of the exhibition”. He added: “I am always embarrassed by thematic exhibitions about Black people”. The exhibition opened on 18 November, and Alexandre called for the removal of his work on 30 November. One week later, it was removed.

“My work and my concept were used without my consent as a central part of the exhibition Quilombo: life, problems and aspirations of the black that opened on November 18th. I only found out that this was happening like this at the last minute and even though I expressed my embarrassment and dissatisfaction and said that I didn’t want to be part of this show, they didn’t respect me, they ran over me! Take down my work Inhotim.”

In response, the museum has removed Alexandre’s piece, a large-scale untitled work from his 2021 Novo Poder (New Power) series. “Inhotim takes an official position in relation to recent events involving the exhibition Quilombo: vida, problemas e aspirações donegro, and expresses, in a spirit of conciliation, its intention to, at the artist’s request, remove the work from the exhibition,” a statement released by Inhotim on 2 December reads in part.“As of Wednesday, December 7, 2022, the work will no longer be on display.”

The exhibition, staged in Inhotim’s Galeria Lago space, continues with 32 other artists and a collective. It is part of a project inaugurated at the end of 2021 to carry out, in collaboration with the Institute of Research and Afro-Brazilian Studies, several exhibitions celebrating the legacy and trajectory of Brazilian artist Abdias do Nascimento (1914-2011).

In New York, Alexandre’s work is the subject of a major solo show at The Shed, until 8 January.

In 2020 Bernardo Paz, the collector who founded Inhotim, was acquitted of money laundering charges. Earlier this year he donated more than 300 works from his personal collection to Inhotim.