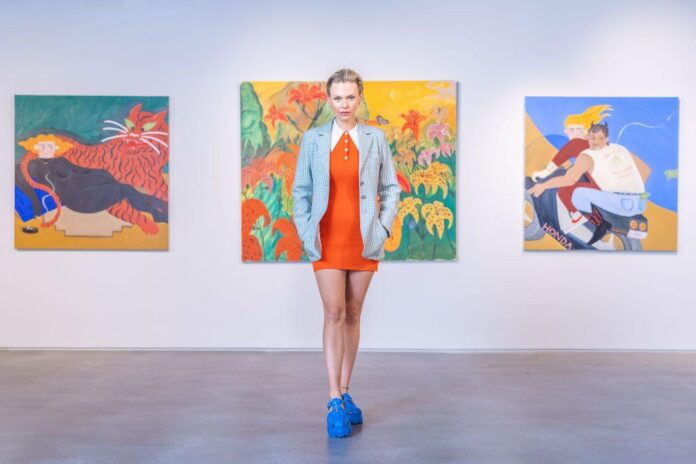 One of the art world’s most viral Instagram meme-makers, @JerryGogosian, is teaming up with Sotheby’s to stage a sale inspired by the social-media platform.

Jerry herself, whose real name is Hilde Lynn Helphenstein, said in a statement that her account is the “unquestionable center of the art world,” which prompted her to curate the sale as a way to draw attention of artists in her social-media orbit.

The sale will feature work by 20 artists including Marc Quinn, Ronan Day-Lewis, and Sarah Thibault, though Helphenstein admits that much of the actual curation was done by Instagram’s algorithm.

Quinn’s work, priced at $290,000, is the most expensive in the sale, while those by Day-Lewis and Thibault are listed at $11,500 and $15,000, respectively. Helphenstein said she discovered their work after querying her 112,000 followers, and then was prompted by Instagram to look at certain artists.

Using Instagram’s explore page and suggested followers features, Helphenstein said she discovered artists in her account as a way of spotlighting rising artists and to give “them a platform for the first time.” (It is unclear how that relates to some of the very well-known artists in the mix, such as Quinn, a YBA who has had solo shows at Tate Britain and the Venice Biennale.)

“Instagram is by far the number one tool for exploring the emerging art world,” she said in a statement. “From an artist’s professional infancy to their meteoric success … the algorithm is notified that you’re interested in a certain type of artist or style of work, [then] the AI does the work for you.” 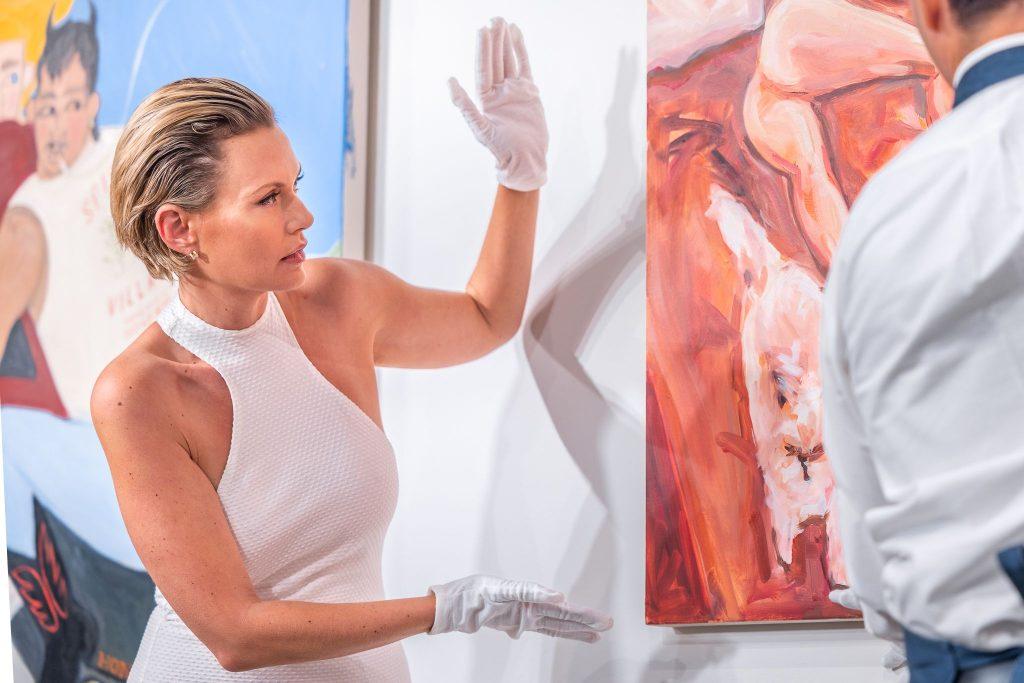 Since founding the account in 2019, Helphenstein has unleashed a steady drip of criticism against everyone from mega-dealers to artists, often spotlighting the strange and sometimes absurd sides of art-world drama.

“In appreciation of Jerry’s playful take on the art world, this collaboration is founded on our shared belief in promoting access to art and utilizing social media as a way to discover and empower artists,” said Harrison Tenzer, Sotheby’s head of digital strategy for auctions.

The auction will take place on September 24 at Sotheby’s New York, after which works will be available for direct purchase via Sotheby’s Buy Now platform.

“As an art world insider with years of experience at galleries,” said Kunter Kula, a specialist at Sotheby’s Buy Now marketplace, “Hilde’s Instagram persona of Jerry Gogosian provides a lens through which she can glimpse the art world’s emerging talent unlike any other.”

The sale, “Suggested Followers: How the Algorithm is Always Right,” will be on view at Sotheby’s New York from September 24 – October 3.