In April, Düsseldorf, Germany decided to return the Franz Marc painting to the heirs of a Jewish businessman. They sold it during World War II.

But, this return has not happened yet. German press agency DPA reports that bureaucratic deals have effectively put restitution on hold. They are delaying returns, which could open the door for many more similar cases. According to DPA, the prosecutor’s office requested new documents and opened a criminal case against the council, which recommended that the painting be returned.

The Franz Marc painting in question, Die Füchse (Foxes), dated 1913, has long been on display at the Kunstpalast Museum in Düsseldorf. It is estimated at between $ 18 million and $ 36 million and was previously owned by Kurt Gravi, whose businesses and property were seized by the Nazis in 1935.

After several weeks of internment in a concentration camp in 1938, he wrote in 1939 about using the proceeds from the sale of Die Füchse to support emigration from Germany. The Franz Marc painting Die Füchse was soon smuggled out of Germany, where it was auctioned in New York in 1940 to director William Dieterle.

German department store owner Helmut Horten bought it in 1961 and donated it to the city of Düsseldorf a year later. Since the Franz Marc painting was sold in the US, the restitution of Die Füchse was closely watched by experts as the US was never under Nazi control or influence.

Usually, works were considered duress sold if their owners rejected them when the Nazis took power in Germany and other parts of Europe. But, this standard does not necessarily apply to the Franz Marc painting Die Füchse. However, a group of experts from Düsseldorf determined that “the place [of sale] is becoming secondary” because Gravi’s situation was so closely linked to the persecution of Jews in Germany.

In April, when the Cultural Commission unanimously decided to return Franz Marc’s painting, the city of Düsseldorf announced that it was preparing to send the painting to the heirs. The terms of the restitution of the work are not indicated.

Franz Marc, an artist, not a priest

The artist painted animals all his life, considering them to be higher beings and trying to find in their lives a special feeling of oneself inside nature, lost by modern man. Franz Mark did not observe the animals from the outside but looked at the world through their eyes.

Franz Moritz Wilhelm Mark was always a dreamer who loved horses and talked to his dog. As a child, he dreamed of the work of a village priest, in his youth – of a marriage out of pity, towards the end of his short life – of the purification of the world by war.

None of these fantasies came true – a completely different fate was waiting for Franz Mark. The artist had a rare talent for depicting animals. Franz Marc carefully studied their anatomy from books, could watch animals in the zoo for days. He considered animals to be higher beings, personifying harmony, cleaner in comparison with man. In their eyes, the artist was looking for answers to the eternal questions of life.

Franz Mark’s early works are still distinguished by naturalistic features, a natural palette, although even then the artist strove to rhythmically generalize forms in the spirit of symbolism.

Gradually, Franz Marc came to his own creative style – he begins to create in the style of expressionism. The animals on his canvases turn red, green, yellow, blue, and the landscape that serves as their background is very conditional.

The powerful personality of Wassily Kandinsky did not suppress Mark. On the contrary, his own style was actively developing – the painter went from expressionism to abstraction. Since 1912, broken lines, stylized curves, bright and shiny unreal colors appear in the images of animals.

The personal life of the painter was not easy. Mark had an affair with a married woman who made him depressed. Then Franz Marc found himself in the center of a love triangle – he could not choose between two artists, both were called Maria. He married one of them, beautiful, independent, in 1907, but quickly realized his mistake.

Only in 1911, he was able to divorce in order to formalize relations with Maria Frank. This woman, not too sophisticated in appearance, but sincere and kind, turned out to be his real destiny. The images of both wives are presented in the work “Two Women on the hillside”.

By 1914, Mark’s works, which had become almost completely abstract, were expressing anxiety for the future of Europe and the entire world on the brink of war. The eyes of his beloved animals begin to express longing, doom appears in the curves of their bodies.

After the outbreak of hostilities, the artist went to the front as a volunteer. On March 4, 1916, Franz Marc was killed at Verdun by a shell fragment. 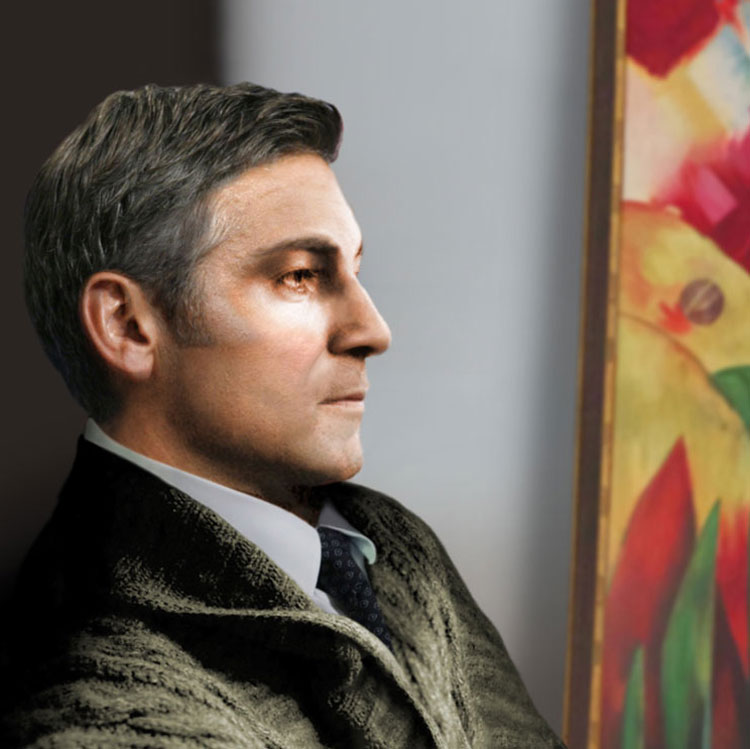 Art books coming soon in 2023: the pick of the crop