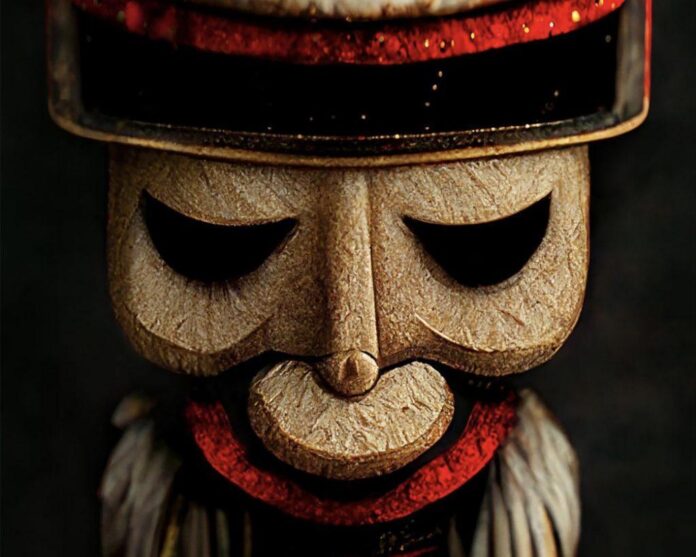 When San Francisco Ballet designed its promotional posters for this year’s performance of , it opted not to recruit a renowned photographer or celebrated illustrator, but Midjourney, the A.I. image generator.

The pair of images it released ahead of its three-week December run—one of a bug-eyed mouse emerging out of darkness, and the other of a cork and cloth soldier wearing a macabre expression—were supposed to shake up the traditional aesthetics associated with the ballet.

Instead, the images plunged the 90-year-old company into the heart of a raging debate between artists and A.I. image generators.

The charge is simple. By choosing Midjourney rather than a working artist, SF Ballet appears to be endorsing the theft of artist intellectual property upon which A.I. image generators are built.

“So disappointing to see that an organization in the arts is using A.I. art and actively harming visual artists,” wrote one user in the comment section of SF Ballet’s post on Instagram. “A.I. art in its current form uses work from artists without their consent, credit, or compensation.”

In response, SF Ballet claims it was simply experimenting with new technology in partnership with advertising agency Butler, Shine, Stern & Partners, something one might expect of a company based at the heart of America’s technology ecosystem.

“Nearly 30 designers, producers, and creatives from local advertising agency contributed to our Nutcracker campaign, which offers us a chance to experiment with today’s technological tools,” a SF Ballet spokesperson told Artnet News via email. “We employ hundreds of San Francisco artists on our stages, in our orchestra pit, and behind the scenes every season, including in the creation of our marketing campaigns, and we look forward continuing to do so in the future.”

Although few prominent public-facing institutions have used A.I.-generated images as prominently as SF Ballet, the development has added further anxiety to artists who are seeing the unchecked expansion of services such as Lensa A.I., DALL E 2, and Dream Studio (which runs on open sourced Stable Diffusion).

Although the technology underpinning the generators isn’t new, the ease of use—as simple as typing a descriptor into a search box—has seen their popularity explode in the past 12 months. Intellectual property regulation has yet to catch up.

“I’m an illustrator but also I’ve worked in theatre for nearly a decade,” read another comment on SF Ballet’s post on Instagram. “A.I. ‘art’ is an insult to visual artists and hurts us all in the art world. Consider hiring an artist who is alive who has hard-earned skills.”

Following the backlash, it seems likely SF Ballet will return to working with living, breathing artists in the future.

“SF Ballet remains deeply connected to and proudly a part of the diverse artistic communities of the Bay Area,” the institution said.