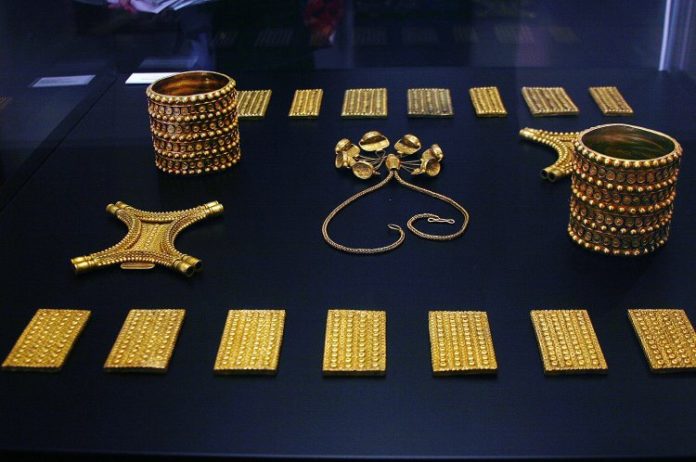 Breaking the hopes of believers around the world, archaeologists maintain that they have finally proved that the legendary 2700-year-old Carambolos treasure discovered in Spain in 1958 is not from the underwater kingdom of Atlantis. Instead, chemical tests show that the gold treasure is of local origin and probably was extracted from mines near Sevilla.

“The results show that the origin of gold may not be in thousands of kilometers, in the Atlantic or the Mediterranean, but in the same region,” says a new study published in the Journal of Archaeological Science.

The origin of 21 ornaments has been thoroughly researched over the past 60 years. Previously, archaeologists believed that the treasure was created either by the ancient Phoenicians, or by the rich Spanish city of Tartessus, which, according to ancient texts, flourished from the 9th to the 6th centuries BC, or the commercial civilization of modern Syria, which ruled between 1500 BC. and 539 BC. The contrived theory of Atlantis is connected with Tartess. Modern archaeologists have discovered only traces of this great, semi-mythical civilization. As Tartess mysteriously disappeared, some suggested that there was a connection with Atlantis, pinning the hope that the treasure could prove the existence of a flooded city. In the course of the study, the group, led by Ana Navarro, director of the Archaeological Museum of Seville, studied tiny fragments of gold from one piece of the treasure, using chemical and isotope analysis. Geochemical composition almost completely corresponded to the composition of gold from local mines. 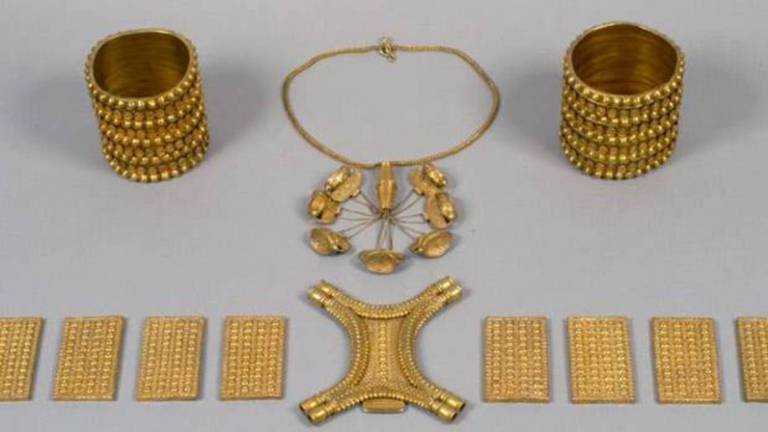 Gold mining in the region began about 2000 years ago from the monumental underground tombs in Valencina de la Concepción. Scientists claim that gold there is identical to the treasure of Carambolos. However, the study does not exclude the “Phoenician theory”, which means that the jewelry was actually made according to the “Phoenician methods.” It is possible that the Phoenicians, who moved to the western Mediterranean, created a treasure in their traditional style. Archaeologists can already unmask the treasure links with Atlantis.

“This is utter folly,” Alicia Perea, an archaeologist at the National Research Council, who studied the treasure of Carambolos, told National Geographic. “It has nothing to do with archeology or scientific research.”