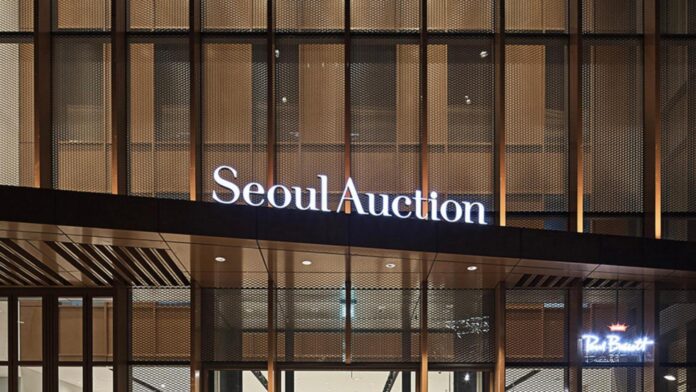 The South Korean retail conglomerate Shinsegae is set to acquire a majority stake in Seoul Auction, according to a report by Dong-A Ilbo last week. The Korean-language daily says is has obtained inside information that Shinsegae is close to finalising a contract to spend 40,000 Won per share, totalling around 230 billion Won ($173m) to acquire 36.1% of the country’s largest auction house. The group first obtained 856,767 shares or 4.8% for 28 billion Won ($21m) in December 2021.

Shinsegae did not respond to requests for comment, while a spokeswoman for Seoul Auction declined to comment at this stage.

Speculation about Shinsegae upping its shares in the auction house has swirled since last year’s investment, fuelled in mid-June when the retailer issued this statement to Chosun Ilbo Business: “We are considering acquiring Seoul Auction, but so far nothing has been decided.”

According to the Dong-A Ilbo report, Shinsegae’s acquisition of Seoul Auction is likely expand the influence of the financial sector on the art market, and that the conglomerate plans to relaunch Seoul Auction’s jewellery branch. The report adds that Shinsegae aims to grow its trading of high- and medium-end art works as well as NFTs.

The retailer has already dabbled in NFTs, selling via Opensea, and is also involved in Japan’s leading social media company Line’s NFT marketplace, DOSI. Shinsegae and Seoul Auction began collaborating on the latter’s online art and NFT site Blacklot.com after last year’s investment. The retailer is also developing a metaverse and art NFT business with the Korean tech company Hancom, according to Korea JoongAng Ilbo.

Shinsegae, or “new world” in English, is one of South Korea’s multi-pronged chaebol groups. Currently headed by Chung Yoo-kyung, itoperates retail businesses, particularly department stores, in South Korea as well as internationally, along with investments in other industries including a 67.5% ownership of Starbucks Korea. The group first established a permanent exhibition space in its head office in 1966, according to the Chosun report, and the group now operates galleries in four of its locations, employing more than ten curators.

As of 18 August, the South Korean stock market KOSDAQ valued Seoul Auction at 368.8 billion Won ($276m), ranked 208. Dominating 38% of Korea’s auction market, its current largest shareholder holding 13.31% is its director Lee Ho-jae, according to Dong-A Ilbo. Lee Ok-kyung, vice chair and CEO of Seoul Auction and CEO of Seoul’s Gana Art Center, owns 6.39%. Established in 1998, it opened a physical centre in 2002 and branched into Hong Kong in 2008, where it opened the showroom SA+ in 2018 at H Queens.