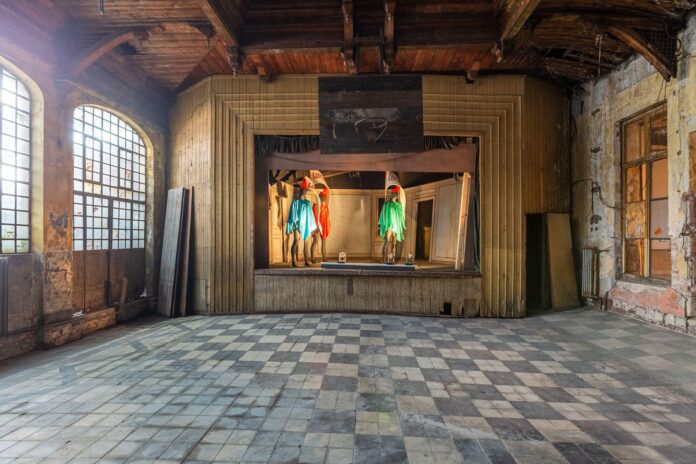 As expected, Covid-19 dominated preparations for the 17th Istanbul Biennial (17 September-20 November), ensuring that it was postponed and then planned online through Zoom, WhatsApp and email. The three curators—Ute Meta Bauer, Amar Kanwar and David Teh—were also prevented from meeting in person as a trio or travelling to Turkey for two years in the build-up. This presented challenges.

“The suspension of life-as-we-knew-it is a rare license to do things differently,” Bauer writes in the programme notes. “What is needed above all in this uncertain window is the confidence to try unfamiliar ways, old and new, of interacting with each other and with the world.” However, based on one prevailing—yet tellingly hushed—dialogue during the biennial’s preview, it could be argued that the “uncertain window” and desire to communicate in “unfamiliar ways” not only references the global health crisis but another repressive force—a climate of self-censorship fueled by Turkey’s ruling Justice and Development Party, or AK Party.

“This question of being able to say what you want to say, and to say it openly and publicly, is not just a problem in Turkey,” Kanwar tells The Art Newspaper. “It’s a problem in a lot of places. Several artists in Istanbul are from Indonesia, Singapore and Pakistan—they’ve been living under such regimes, which are sometimes excessive and quick to repress, sometimes they are slow and force people to self-censor. Wherever we are now operating, working, making or showing in any form as an artist, curator or writer, there’s a constant threat. Despite this, people are finding different ways to speak to different people with different intensities, making various conversations happen without necessarily being so direct. This is the reality.”

Kanwar adds that Istanbul is a city with “a deep, rich and complicated history—the people here have witnessed a lot. They have seen many regimes, even military regimes, so will always find a way. There is no question of not having hope.”

Scores of artists, journalists and musicians have been thrown in jail during the 20-year rule of Turkey’s leader, Recep Tayyip Erdoğan. Since the failed 2016 military coup, the number of cultural figures who have been investigated by the authorities has risen dramatically. Earlier this year, after popular Turkish singer Sezen Aksu performed lyrics calling Adam and Eve “ignorant”, Erdoğan threatened to “cut out the tongues” of anyone who attacked holy characters. His remarks fall in line with the Islamist-rooted AK Party’s efforts to make constitutionally secular Turkey more religious—efforts that have included turning former places of worship operating as museums back into religious sites.

“When we were planning this edition of the biennial, we were always searching for different ways to speak the truth to the world,” the biennial’s director, Bige Örer, says. “When traditional sources of information struggle to communicate freely, how can formats like poetry and a dumpling festival, for example, be used to say the things we want to say? There are so many new and subtle ways to speak freely.”

Örer adds that Turkey’s Culture Ministry provides around 5% of the biennial’s funding.

The dumpling festival she cites is one of the biennial’s projects—Dumpling Post—a three-part publication addressing “a wide array of social, historical and political phenomena” and distributed online and in print at the biennial’s exhibition venues. The newspaper is inspired by the Kayseri Dumpling Festival organised by the Hrank Dink Foundation (HDF) in Istanbul on 26 October 2019 “in response to the repeated banning of its conference on the ‘Social, Cultural and Economic History of Kayseri and the Region between 1850-1950’ by the Government of Kayseri [central Turkey],” as the biennial programme notes. One of Dumpling Post’s curators, who worked for the HDF, Neslihan Koyuncu Sahin, tells The Art Newspaper that “even though the event was cancelled by the authorities, the festival gave us a chance to get together and communicate”.

Fellow Turkish artist Merve Ünsal, who was involved in the publication, says she is increasingly working in the US to escape the Turkish government’s suppression. “What happens in Turkey is that you start to self-censor—you don’t even begin to imagine certain things are possible,” she says.“I have been in situations where I do or create something and a friend warns me against making it public. This fear is so ingrained that you don’t wait for the government to intervene, you do it yourself first.”

Despite Turkey’s political contention and the biennial’s Covid-interrupted organisation, the event delivers a diverse range of didactic, site-specific exhibits, dotted throughout Istanbul’s distinctive neighbourhoods. Italian artist Renato Leotta’s CONCERTINO for the sea (2022) sound and mixed-media installation in the recently renovated, 500-year-old Çinili Hamam is particularly moving and draws on the artist’s long-term pursuit of an aquatic plant. Meanwhile, Bangkok-based artist Pratchaya Phinthong’s The Glossary of Ancient Isan Proverbs (2022), printed in disappearing ink at Barın Han, asks questions about “the ethical or spiritual embrace of impermanence”.

Kanwar recommends the biennial’s visitors spend at least a week exploring the exhibitions and venues to get a true sense of what is going on. “There are many projects here that are saying many things, and if you take a bit of time and step into them you can find connections that they are making with people in this city, in Turkey, in many other places,” he says. “It’s quite a fluid form, it’s not necessarily what you see.”

A Curios Collector’s Incredible Finds, From Prehistoric Fossils to Modern Art, Go Up for Auction at Sotheby’s London