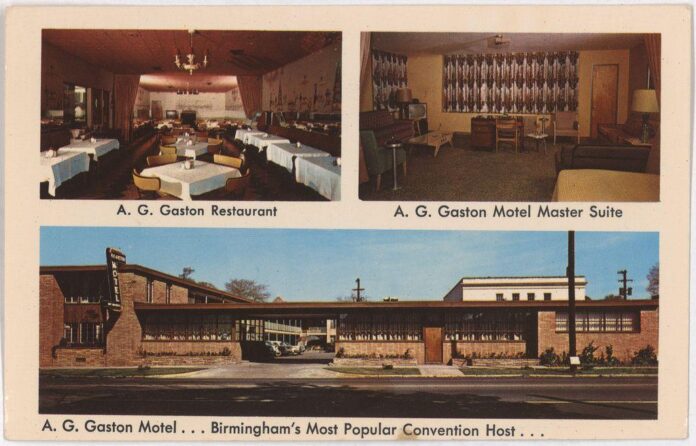 The two-year grant programme, called Conserving Black Modernism, addresses the “invisibility of generations of Black architects whose architectural genius, creativity and ingenuity helped shape our national understanding of Modernism”, says Brent Leggs, the senior vice president of the National Trust and director of the Action Fund.

The grants, which will support the long-term funding and conservation management plan of around 16 buildings, “will further demonstrate the power of historic preservation as a tool for increased recognition, interpretation and protection of the physical sites representing Black achievement”, he adds.

The programme is an extension of the Getty’s Keeping it Modern initiative, which identifies Modernist buildings around the globe that are in need of conservation. The initiative has awarded grants totaling $11.8m to 77 projects since its founding in 2014.

“We’ve heard the increasing calls in recent years to rethink and expand the story of Modern architecture in the US and do a better job of recognising Black architects and designers,” says Joan Weinstein, the director of the foundation.

The Action Fund, a preservation campaign that aims to protect sites significant to the history of African American culture, has awarded $12.4m to 160 historic sites since 2017.

The grantees will be announced in 2023. The Getty’s previous grants to the National Trust for Historic Preservation have supported annual conferences, conservation planning and other major initiatives and partnerships such as Save America’s Treasures and the Fund for New Orleans.

The Opening of George Lucas’s Narrative Art Museum Has Been Delayed Again, But It’s Collection Continues to Grow

The archaeological discovery of the century? What the San Casciano bronzes tell us about Roman and Etruscan life