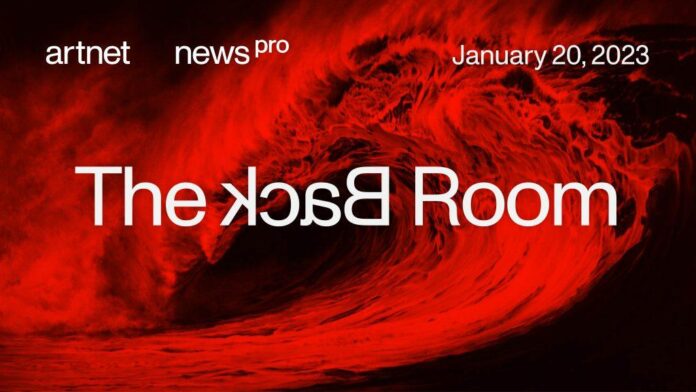 This week in the Back Room: dark clouds gathering over the market, mega-gallery Marxism, a van Gogh in the courtroom, and much more—all in a 6-minute read (1,536 words). 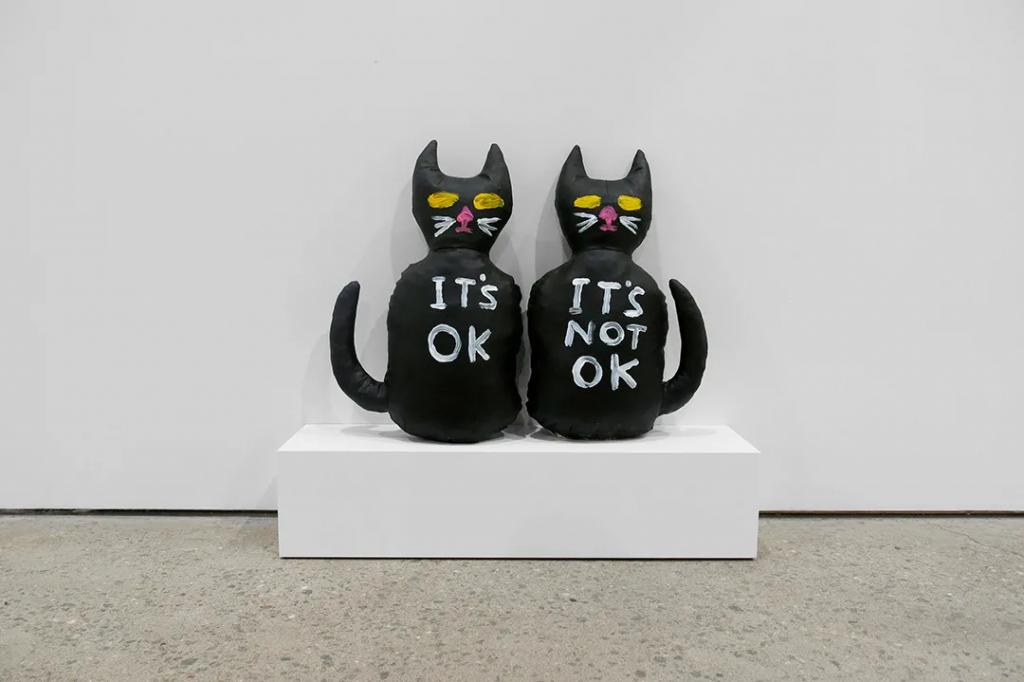 After two years of boom times in the art market, is a correction (finally) here? The anxiety, if not the certainty, of it is shaking up more and more dealers, advisors, and service-providers worldwide, Katya Kazakina wrote last week.

The macroeconomic tremors have been multiplying: high interest rates (with higher ones to come), a war in Ukraine, tepid corporate earnings, weak bonuses for money managers, layoffs in Silicon Valley and on Wall Street. None of this is good for anyone, least of all the art business.

In fact, the cracks were already starting to show in Miami last month, especially when it came to sales of works by some of the young, untested artists recently at the center of the feeding frenzy.

At Art Basel Miami Beach, Katya wrote, “Galleries complained about emptier aisles and fewer transactions. Buyers from Asia and Europe didn’t show up. Major collectors sent advisers. No blood spilled over who gets this or that coveted young artist.”

Dealers below the apex of the commercial hierarchy complained of doing roughly half as much business as in 2021—and twice as slowly. Among top galleries, the uncharacteristic silence was deafening.

On the fair’s second VIP day, David Zwirner “refused to say  about the fair—good or bad, on or off the record—and instead invited me to visit his gallery in New York,” Katya wrote. He flew back to New York that same afternoon.

A representative for Zwirner declined to comment on Miami sales or the gallery’s outlook for 2023, with similar silence from representatives of Gagosian, Pace, and Hauser and Wirth.

Apart from anecdotal sales results, we’re now seeing several other concrete signs of a slowdown, including…

A Rise in Discount Hunting

Collectors at every level of the market have become more price-sensitive, according to galleries. By and large, offering a standard 10 percent discount is no longer enough to close a deal. Some potential buyers are pressing their advantage to extremes.

“Twenty percent is the new 10,” one dealer said. “People are asking up to 40 percent. They smell blood.”

Or maybe they just want parity after price hikes of the same magnitude. Since the pandemic, primary prices for some artists have gone up as much as (you guessed it) 40 percent, according to market players. No matter the motivation, the calculus on the buy side has changed.

For some art pros, one reliable indicator of broader demand is the availability of recent prints and multiples by star artists. Historically, the combo of lower prices and big names has made this space a natural entry point for new collectors during decent (or better) periods.

This indicator on the dashboard is blinking yellow now—and has been for months.

If even  types of works aren’t selling out, some say, it’s proof that prices and appetites have grown too far apart across the market.

The surest signal that the vise is tightening? Several art world clients have stopped paying their bills on time. Vendors on the services side of the art trade are speaking up about it, too, with art shippers leading the pack.

Fritz Dietl, owner of Dietl International, told Katya that payments to his firm “have been slowing down” lately, and so have operations. Last year, the brisk business compelled him to hire “a lot” of new staff.

No longer. This year, Dietl said, he’s held off on new hires, preferring to “shuffle internal resources.” If the down trend continues, however, it’s not hard to imagine Dietl and other shippers having to shed workers instead.

Everyone seems to agree that the market is due for a correction in 2023. But the line between a correction and a crash is subjective. Like so much else in this industry, the extent of the damage done by a downturn will depend on every business’s existing resources and level of resiliency.

What’s clear, though, is that the wave has already hit the beach. Which means 2023 is poised to reveal who prepared well, who didn’t, and how bad the consequences will be in either case.

“In my mind, everyone understands that the gallery system itself is a redistribution scheme. We’re not the only ones. Even Hauser and Wirth, with their 100,000 square feet a couple miles from us… It’s a handful of artists who are keeping that entire operation open.” 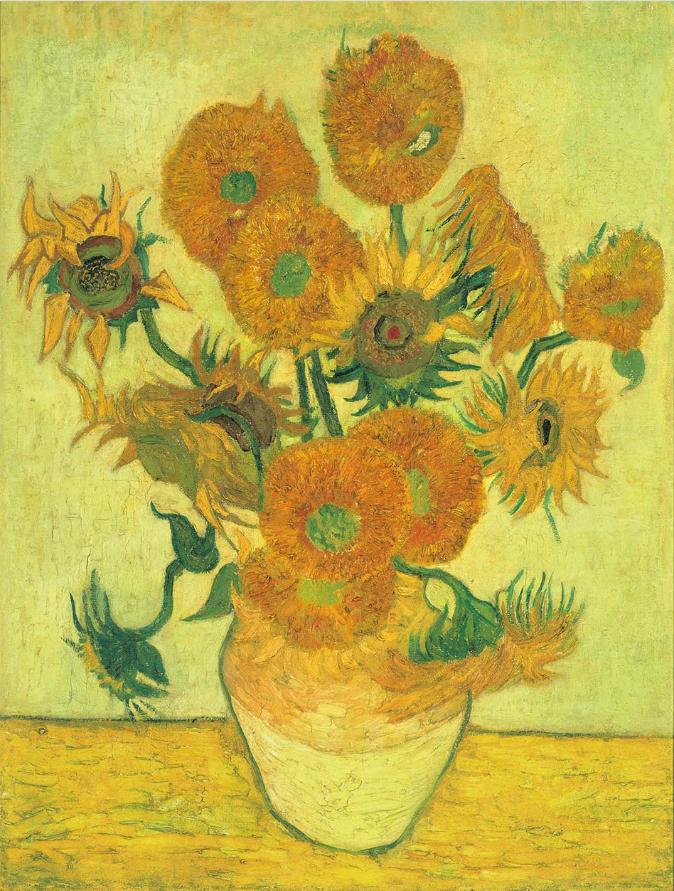 Near the height of the late 1980s Impressionist market bubble, Japan’s Yasuda Fire and Marine Insurance Company paid a then-hefty £25 million ($40 million) for this 1888 van Gogh canvas. But three people think they are owed an awful lot more for the work—and are seeking satisfaction in court.

The plaintiffs are heirs of Berlin-based banker Paul von Mendelssohn-Bartholdy, who sold off his art collection circa 1934 in an effort to protect his other assets from the Nazis. His heirs’ lawsuit seeks either return of the painting or a hair-raising $750 million in damages, their estimate of the work’s present-day market value.

That’s a rich appraisal, to say the least. Van Gogh’s current auction record is for (1888), one of the headlining lots from Christie’s evening sale of works from the Paul Allen collection last fall. The price? $117.2 million, about 6.5X less than the damages sought in the lawsuit.

No one disputes that Yasuda (which was later incorporated into another company, Sompo Holdings) acquired  legally. But Mendelssohn-Bartholdy’s descendants now argue that the company ignored the artwork’s historical context in purchasing it.

If a judge rules in the heirs’ favor, it could force the work back onto the resale market fast, proving that the one “R” (restitution) is becoming as powerful and unpredictable a market-propellent in the 21st century as the three “D’s” (death, debt, and divorce).