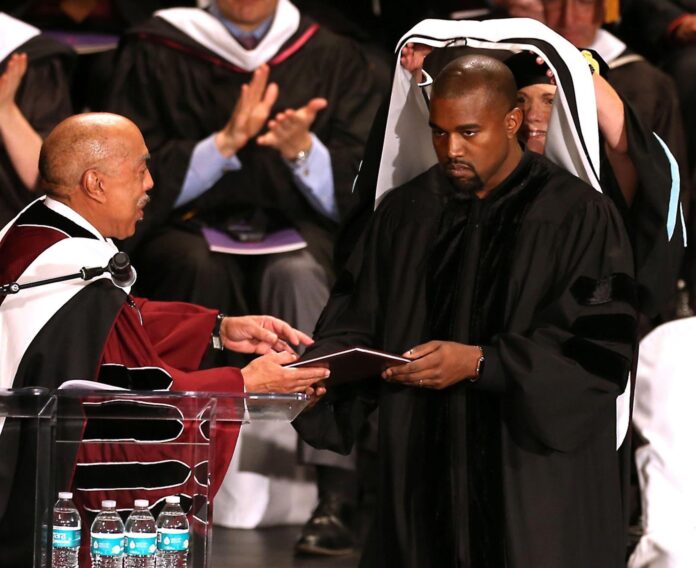 Facing mounting pressure to rescind an honorary degree it awarded in 2015 to the artist then known as Kanye West, the School of the Art Institute of Chicago (SAIC) has done just that just that.

The artist now known has Ye has in recent months made repeated comments threatening violence against Jewish people, denying that 6 million people were killed during the Holocaust, claiming that Nazis have been unjustly vilified and praising Hitler. In response, many brands and companies affiliated with him—including Adidas and the Gap—have cut ties and denounced his public statements. (He had previously also made comments downplaying the brutality and injustice of slavery in US history and infamously wore a “White Lives Matter” shirt to a runway show.)

Earlier this week, a petition calling on SAIC to rescind Ye’s doctorate was launched on Change.org, eventually garnering more than 4,000 signatures. On Thursday, the prestigious art school took action.

“The School of the Art Institute of Chicago condemns and repudiates Kanye West’s (now know as Ye) anti-Black, antisemitic, racist and dangerous statements, particularly those directed at Black and Jewish communities,” a statement released by the school says. “Ye’s actions do not align with SAIC’s mission and values, and we’ve rescinded his honorary degree.”

Elissa Tenny, the school’s president, elaborated on the decision in a letter to the SAIC community. “While the school grants honorary degrees to individuals based on their contributions to art and culture as of a moment in time, his actions do not align with SAIC’s mission and values,” Tenny wrote. She went on, implicitly acknowledging debates around campus free speech that have recently raged around the United States. “Though we firmly believe in the right to express a diversity of opinions and beliefs, the severity of his behaviour made it clear that rescinding this honour was appropriate.”

In addition to being marked a pariah for his antisemitic comments, Ye is facing financial hardships, least of which may be a lawsuit brought by Miami art space Surface Area in October seeking $145,813 in unpaid rent.