Home News The Fear Of Death, The Thirst For Life And The Fatal Love... 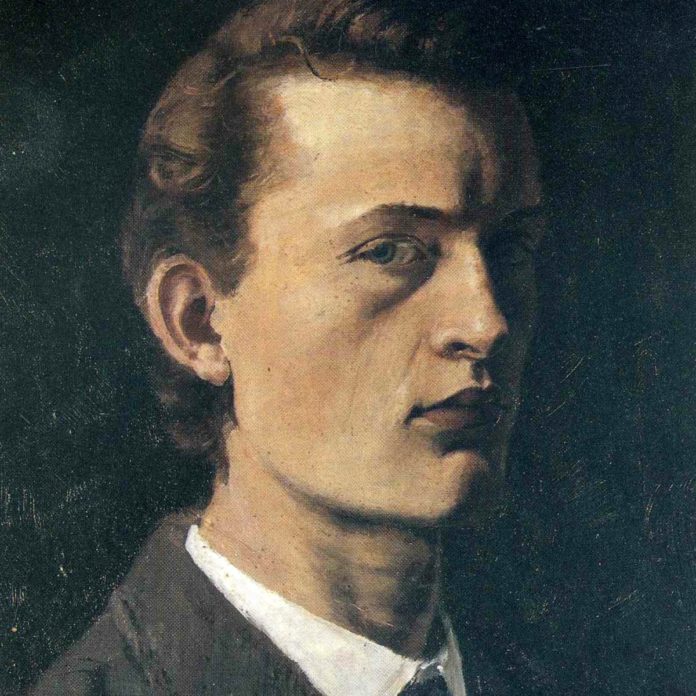 150 years ago, Edward Munch was born near Oslo, a Norwegian painter, whose creativity barely alienated by alienation and horror can leave indifferent. Munch’s paintings evoke emotions even in people who know little about the artist’s biography and the circumstances, because of which his paintings are almost always painted in gloomy colors. But besides the constant motives of loneliness and death in his paintings, there is a desire to live.

At the age of 16 Edward was admitted to the Higher School with a technical direction, but soon he decided to change the technical training to a creative one and transferred to the State Academy of Arts and Arts.

In 1889, having reached the age of 26, Edward opens an exhibition of his personal works, after which he moves to Europe. The artist’s exhibition in Germany was closed ahead of schedule, as his work was heavily criticized. In Berlin, Edward finds a muse who is the wife of his friend, the Polish writer Przybyshevsky. Her image is reflected in the paintings “Madonna”, “Kiss”, “Jealousy”, etc.

The summer of 1889 was no less important for the artist. This year Munk rented a small house in Osgordrand, but less than a year later, Edward bought his own house. For 20 years, the artist visited his hearth every summer. From his words it becomes obvious that this was his favorite and the only place that filled him with strength and inspiration. Munch said that walking in Osgordrand is the same as walking among your own pictures.

In the 1890s Munch wrote a number of paintings about love and death. In 1893 the most famous painting by Edward Munch appeared – “Scream”. This picture is an important event in expressionism.

Munch’s relationship with his painting, as well as its interpretation, is a favorite topic of critics and experts. Someone thinks that the person crouching in horror reacts to the “Scream of Nature” coming from everywhere (the original name of the picture is Ed.). Others believe that Munch foresaw all the catastrophes and upheavals that humanity is waiting for in the 20th century, and portrayed the horror of the future and at the same time the impossibility of overcoming it. Be that as it may, the emotionally charged picture became one of the first works of expressionism and for many remained its emblem, and the themes of despair and loneliness reflected in it turned out to be the main ones in the art of modernism.

Like any real genius, Edward Munch had a muse. But not the angelic messenger of heaven, who was in his dreams or in a whiff of wind whispering about inspiration, but the real one, of flesh and blood. Her name was Tulla (Matilda) Larsen. The daughter of a wealthy vintner from Christiania (modern Oslo) fascinated Munch in 1898. Their turbulent novel lasted four years, ending tragically and practically fatal.

In 1902, Tulla, who went crazy with jealousy and tried unsuccessfully to marry the rebellious and freedom-loving Munch on herself, almost became the cause of the artist’s death. Everything happened in a terrible dream. Tulla, offended at Munch and feeling that their romance is inevitably moving to its conclusion, made him believe that she was about to die from an overdose of morphine. Munch came to see a terrible picture: Matilda, wrapped in a shroud, lay in a coffin in the middle of the room, filled with burning candles. As soon as he came to the coffin, how she got up and began to blame him hotly and threaten her with suicide, brandishing her revolver. The situation has escalated. A shot was fired, as a result of which the bullet hit Munch in the left hand. What was it? An accident or a completely conscious action? According to one version, Munch tried to stop Tulla and take away her weapon, but in the heat of the fight he pulled the trigger.

Anyway, after that fateful day, the wounded finger had to be amputated, and Munk’s nervous breakdown caused him to go to a psychiatric hospital for a short while. Munch no longer communicated with Tulla, until the end of her life calling her “only that woman.” However, “that woman” left an indelible mark not only in his fate, but also in his work. After parting with Tulla, Munch created several works dedicated to the death of the legendary French politician Marat, who was stabbed in his own bath by a young aristocrat Charlotte Corday. Munch felt the synonymity of what happened to him with the tragedy of Marat, in which the fateful role was assigned to the woman.

In his diaries Munch wrote about Matilde Larsen: “A thin and arrogant face … the hair framing his hair is like a radiance. The amazing smile of tightly closed lips reminds me of the image of the Madonna and causes an inexplicable feeling of melancholy. ” In this description you can see one of the most significant paintings by Munch “Madonna” (also known as “Loving Woman” or “Conception”), five variants of which the artist created a few years before acquaintance with Tulla. Madonna of the brush of Edward Munch, devoid of holiness and purity, sacrifice and universal tenderness, embodies pain and death, carnal love and the danger that beauty brings with it.

After leaving the clinic, Munch changes his style to a rough and harsh manner: strokes are large, bright colors.  When the artist was about 60 years old, he had a hemorrhage in the right eye, which had a very negative effect on his work.  Recognition of his creativity and fame began to comprehend Edward Munch at the age of 70 years. The artist died at the age of 80 in Norway, near Oslo.

A majority of the works which Edvard Munch created, were referred to as the style known as symbolism. This is mainly because of the fact that the the paintings he made focused on the internal view of the objects, as opposed to the exterior, and what the eye could see. Symbolist painters believed that art should reflect an emotion or idea rather than represent the natural world in the objective, quasi-scientific manner embodied by Realism and Impressionism. In painting, Symbolism represents a synthesis of form and feeling, of reality and the artist’s inner subjectivity.

Many of Munch’s works depict life and death scenes, love and terror, and the feeling of loneliness was often a feeling which viewers would note that his work patterns focused on. These emotions were depicted by the contrasting lines, the darker colors, blocks of color, somber tones, and a concise and exaggerated form, which depicted the darker side of the art which he was designing. Munch is often and rightly compared with Van Gogh, who was one of the first artists to paint what the French artist called “the mysterious centers of the mind.”