Home News An Activist Arrested for Removing a Banksy Mural in Ukraine Says He... 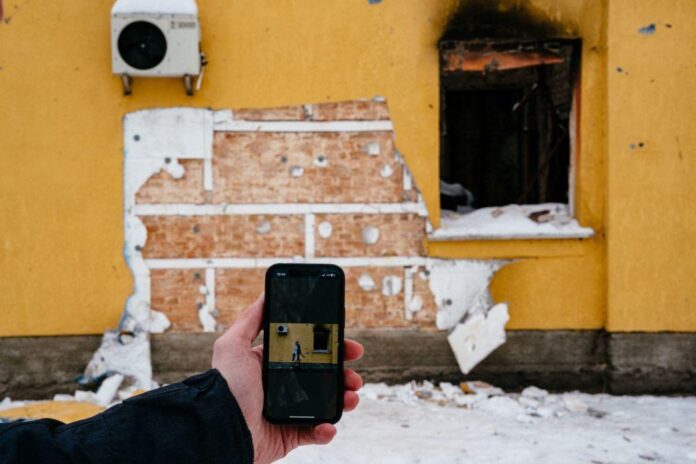 Earlier this month, police thwarted a group of people attempting to remove one of Banksy’s new anti-war murals from a wall in the Ukrainian city of Hostomel. The incident made international headlines, many of which categorized the group as shameless thieves looking to cash in on the anonymous street artist’s work.

The situation isn’t so cut and dry, it turns out. One of those detained for excising the mural now says he did so in order to auction the artwork and donate the proceeds to the Ukrainian Army. His was an act of benevolence, the activist contends.

It was also intended as a kind of performance piece. The man, Serhiy Dovhyi, filmed the removal effort and uploaded the footage online.

“Street art, in contrast to a piece of art in the Louvre, doesn’t belong to anyone,” Dovhyi told the New York Times.

The activist argued that the Ukrainian army’s need for wartime resources justified the move. “I wanted to capitalize as much as possible,” he said, noting that “all the money would go to humanitarian and military purposes.” One Ukrainian dealer suggested that the piece could be worth as much as $1 million. 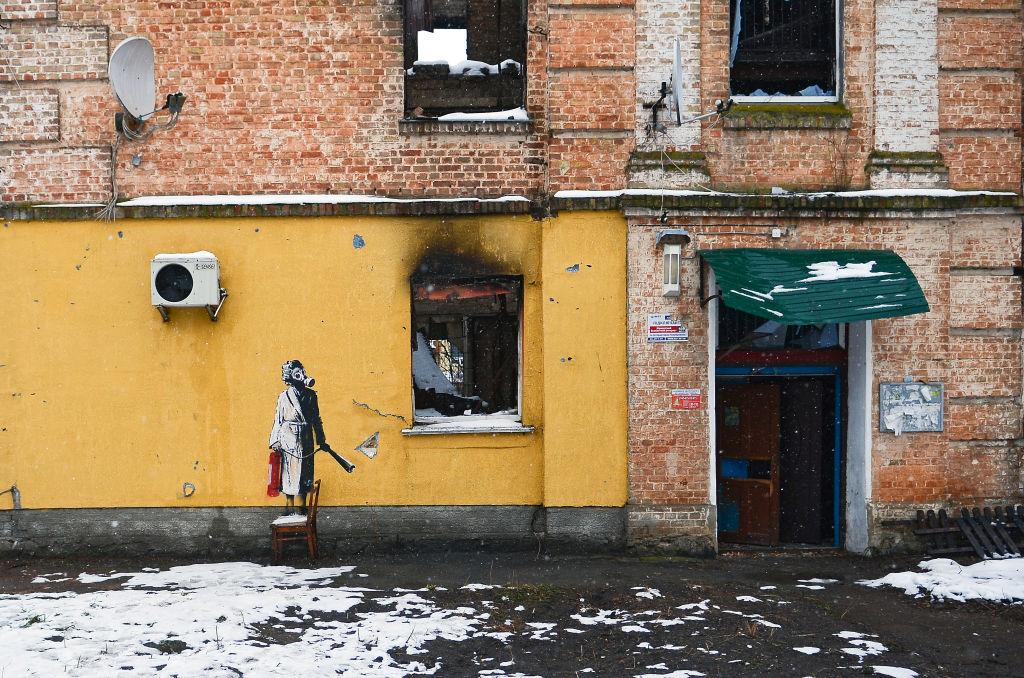 The mural, which depicts a woman in hair curlers and a gas mask wielding a fire extinguisher, was one of seven artworks Banksy unveiled across Ukraine last month. Painted on the facade of a bombed-out building in the Kyiv suburb, it alludes to the war infiltrating the home lives of Ukrainians.

Dovhyi claimed that the building—one of many structures destroyed in Russia’s temporary capture of Hostomel at the onset of the war in February—was set for destruction. By removing Banky’s stenciled artwork, they may have also saved it.

Kyiv’s police chief, Andriy Nebytov, previously explained in a statement that all the Banksy artworks in Ukraine were under police protection.

“These images are a symbol of our struggle against the enemy,” the chief said. “These are stories about the support and solidarity of the entire civilized world with Ukraine. Let’s do everything to preserve the works of street art as a symbol of our future victory.”

Shortly after the mural had been removed on December 2, Ukrainian police arrived at the scene, confiscated the artwork, and detained Dovhyi and his accomplices. The activist told the Times that he was under investigation for allegedly violating an article of the criminal code that deals with property damage. He has not been charged.

Representatives from Banksy’s studio did not immediately respond to a request for comment. 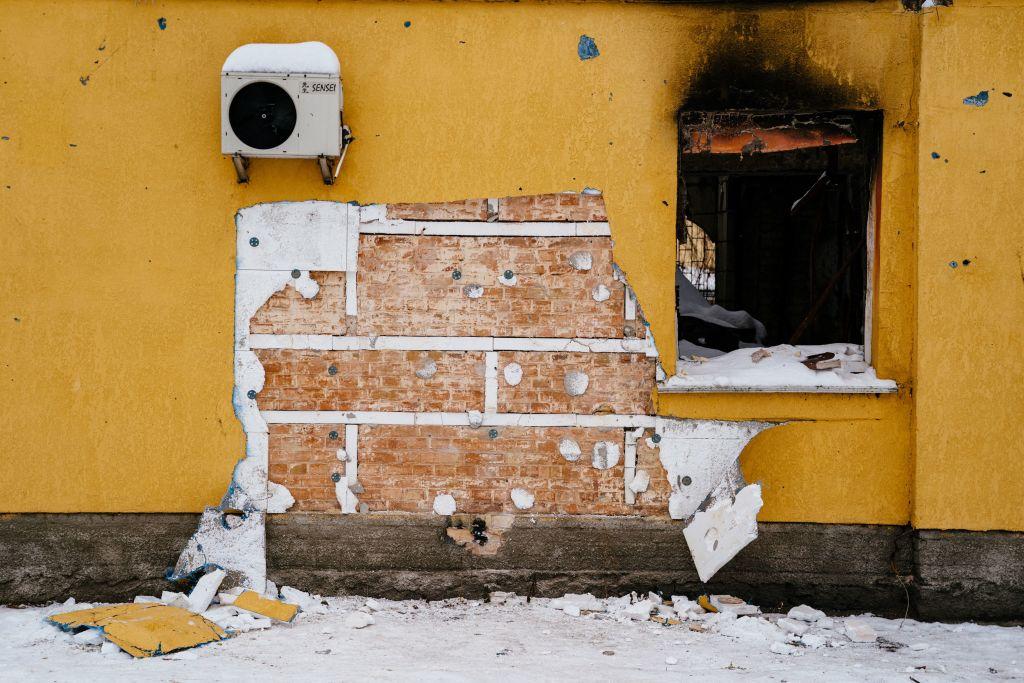 Banksy has been active in supporting Ukrainians during the war. In March, the artist donated the profits from a sold painting to the Okhmatdyt children’s hospital in Kyiv.

The street artist is now partnering with the Legacy of War Foundation for a sale of 50 new unique rat screen prints. Proceeds will be put toward evacuating endangered citizens and providing heat to under-resourced communities in Ukraine.

“In Ukraine I saw a Legacy of War team sweep in and provide medical attention, heaters, fresh water and a friendly face to some very desperate people in a bombed out building,” Banksy said in a statement shared with the collaboration’s announcement. “They also lent me one of their ambulances to work from, which turned out to be extremely useful when an angry babushka found me painting on her building and called the Police. I feel the least I should do is raise enough money to replace the number plates on the ambulance I hotted up.”