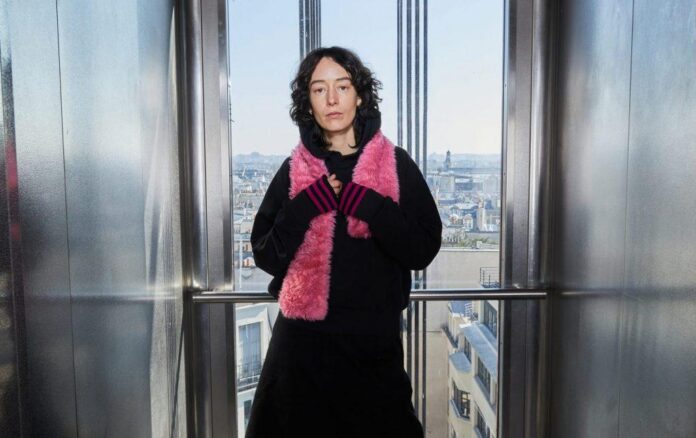 After a few years disrupted by Covid, the Marcel Duchamp Prize – France’s leading award for young artists—was given to Paris-based Mimosa Echard, whose work intertwines nature and consumer culture. The prize, which includes €35,000 ($34,500) plus funds to produce an exhibition at the Centre Pompidou, was presented to Echard in a ceremony held at the Paris museum on Monday night.

Born in 1986 in Alès, France, Echard won for her “proteiform” installation works, according to Xavier Ray, the Centre Pompidou’s director. Her mesmerizing installation Escape More (2022), is currently on view in the museum along with works by the other three nominees, Giulia Andreani, Iván Argote, and Philippe Decrauzat.

The piece involves a fountain of continuously falling water installed directly into the wall, and forming a blurred window into a large room, where viewers can just make out television screens, the curve of a woman’s body filmed as she moved, cosmetics, and swatches of lace. Objects with a personal feel hang on either side of the curtain of water: a piece of paper with a friend’s poem, photographs, a pill, a cherry stem.

“I just knew I need a cherry stem,” Echard told Artnet News soon after her win was announced. “You can imagine it as a kind of large, encrypted image—basically, you can’t really see things.” Though not necessarily autobiographical, “there are a lot of personal objects, photographs,” the artist added. “I’ve been doing photography since I was 10-years-old, and I’m obsessed with images.”

There is even a urine sample included in a small cup—though the way the materials for the work are listed on the wall caption, it seems as if the flowing water may contain some as well. Such a misconception is intended, the artist said. 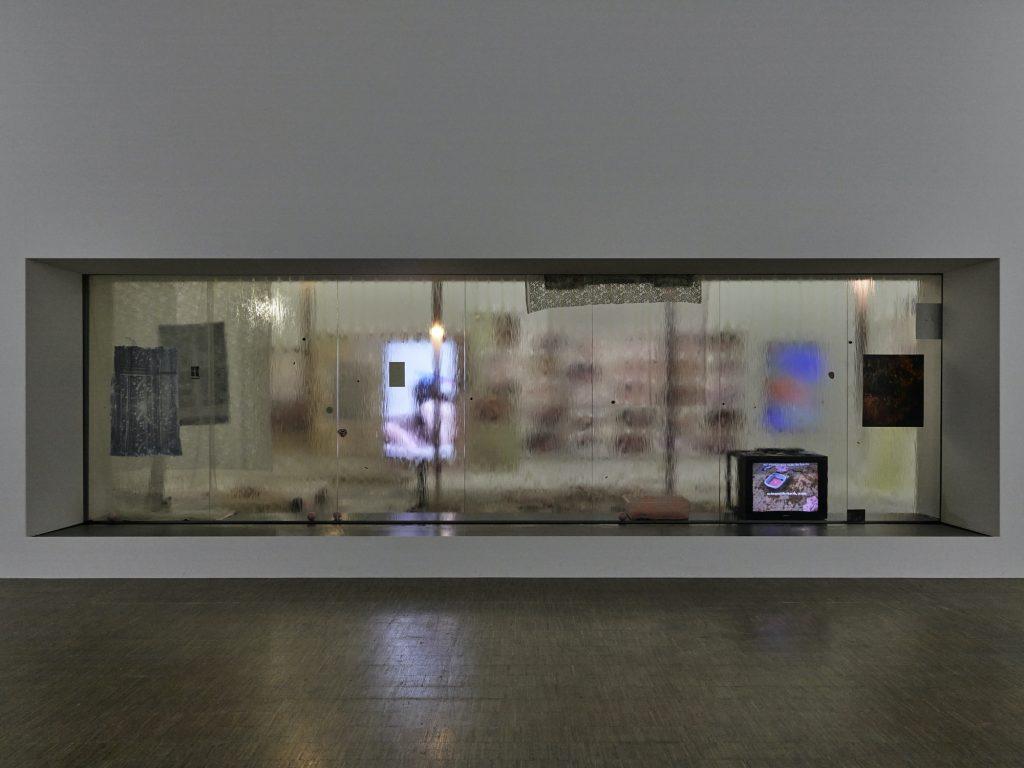 Inspired by similar waterfall walls she saw in banks, the seafood sections of grocery stores, and a spa, the water also symbolizes “a kind of piss factory,” as well as tears or “too much emotion,” Echard said, not to mention the liquid capital of commerce. On a rainy day in Paris, the watery work made for an intensely humid viewing experience in the gallery space, adding to a generally aquatic feel. Echard is represented by Chantal Crousel in Paris, and Martina Simeti in Milan.

Taking place in tandem with the first edition of the international art fair Paris + by Art Basel, which has pushed the French capital into the international spotlight, the Duchamp prize is a chance to promote France’s still relatively under-recognized art scene. Indeed, with blue-chip galleries rushing to settle in Paris in recent years, locals are watching whether the creative arts scene will be overshadowed by these major art market players, who don’t often focus on emerging artists.

“I hope the foreign collectors who come to Paris + will have the opportunity to learn about, and become more interested in, French contemporary art,” said Claude Bonnin, president of the Association for the International Diffusion of French Art [Adiaf]. “I’m often a little disappointed that we don’t see French artists in collections abroad,” he said, adding that it was up to initiatives like the Marcel Duchamp Prize to change that.

Along with the prize money and the show at the Centre Pompidou, this year the Duchamp Prize includes a residency with the Villa Albertine in 2023, in a US city of the artist’s choosing, and another residency in the French town of Sèvres. The Duchamp Prize’s second partnership with the Villa Albertine, the French government’s cultural diplomacy arm abroad, “is a way for French artists to be better known in the U.S.,” said Caroline Crabbe, chief delegate for the ADIAF. “That’s what we’re trying to do.”