Home News Missed the London Fairs? We Scouted 6 Fast-Rising Artists to Watch From... 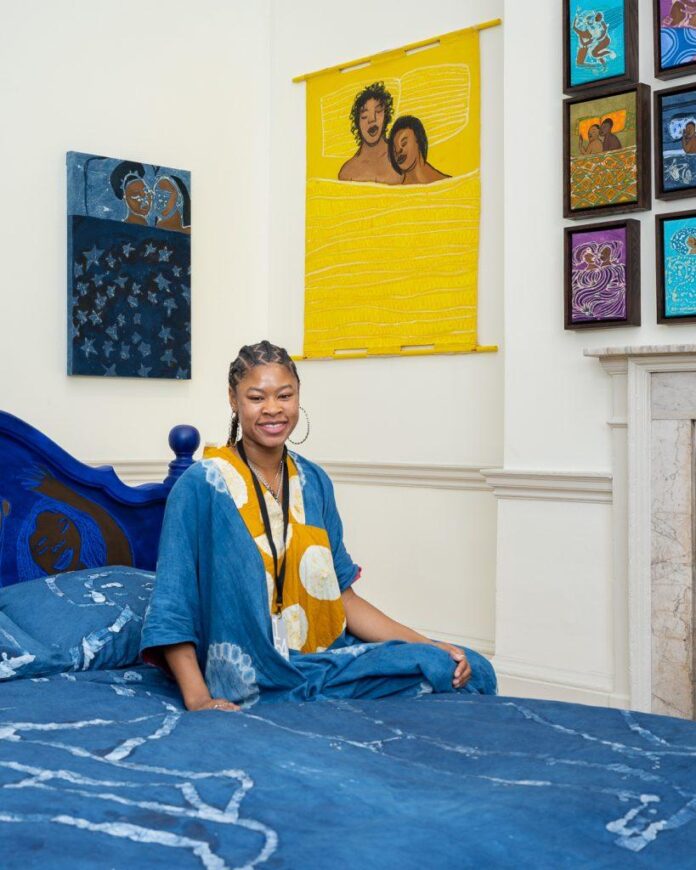 The art world shamelessly crowded into the tents in Regent’s Park for Frieze London and satellite events last week, despite ongoing grumbling about Brexit and pre-fair threats about about maybe skipping the U.K. fair in favor of attending the debut of Paris+ by Art Basel. After all, the London scene is known for tapping ascendent artists early, and people want to be able to say they were there from the beginning.

The Artnet News team was in London too, and after much conversation with advisors, collectors, and dealers, we assembled a list of rising-star names at Frieze London, and the contemporary African art fair 1-54, that we think will be well known this time next year. 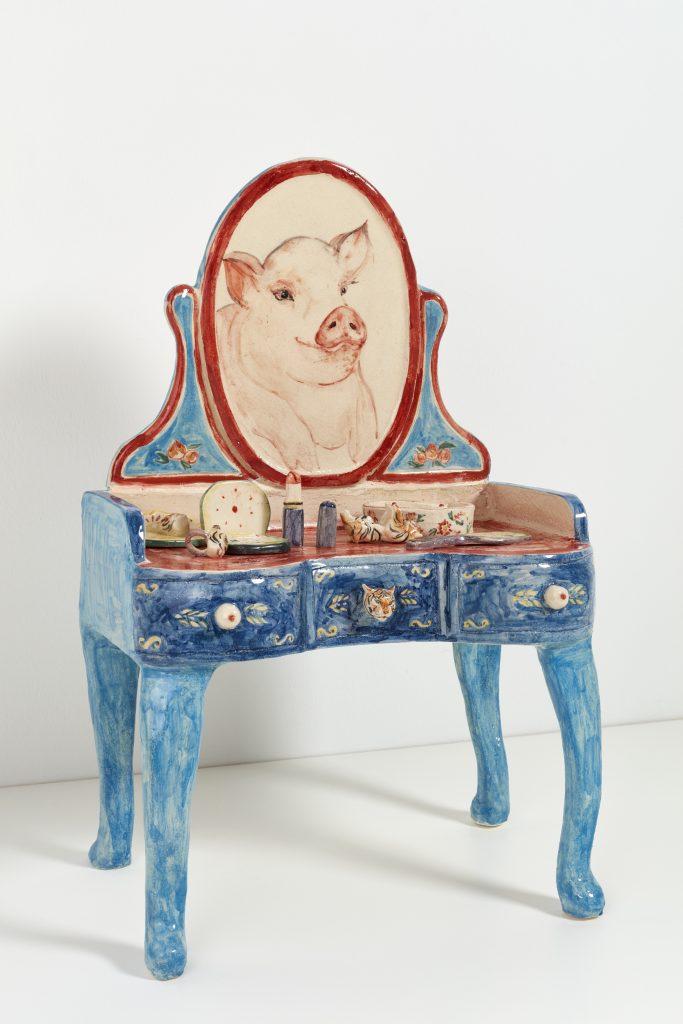 Based in: Bologna, Italy

Fun Fact: The tiger and pig are recurring motifs in Xia’s work. The two animals belong to the 12 Chinese zodiacs, and carry symbolic meanings in Chinese traditional culture. Xia offers her own take on these symbols in her work. “When everyone plays seriously, I am the tiger … to break the boredom,” she said.

Up Next: Xia is currently featured in the group show “Mutaforma. Mutazioni ceramiche del codice CZ” at Alchemilla in Bologna. She was recently shown at Tabula Rasa Gallery in London. 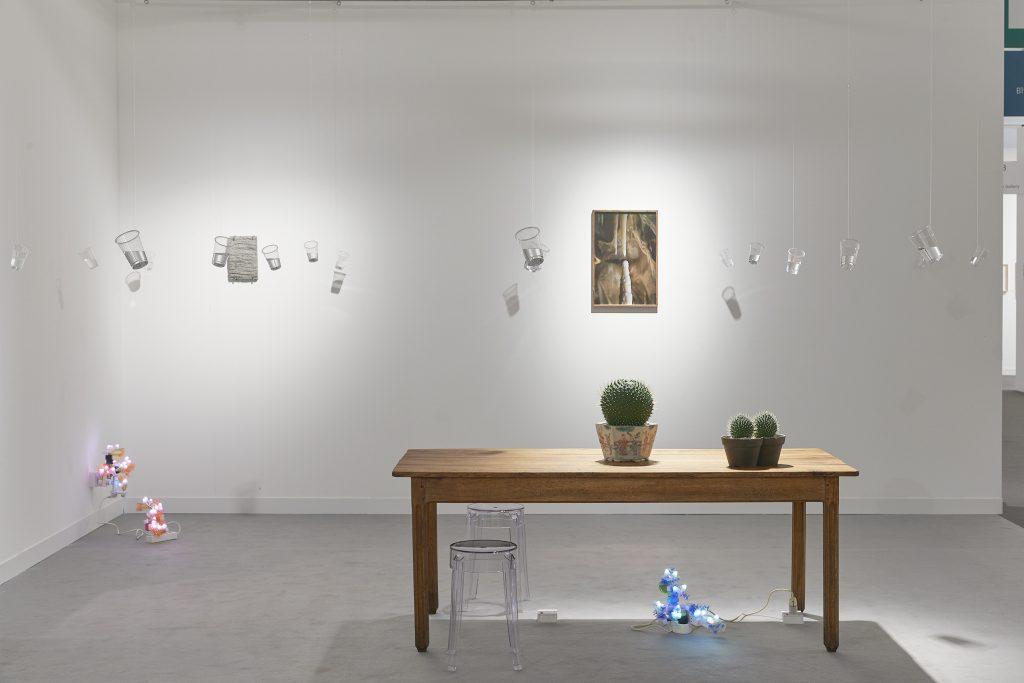 Trevor Yeung, “Garden Cruising: that camouflage,” at Blindspot Gallery, Frieze London 2022. Courtesy of the artist and the gallery.

Based in: Hong Kong

Why You Should Pay Attention: Born in Guangdong and raised in Hong Kong, Yeung’s subtle mixed media practice with a focus revolving around plants, objects, and animals is his artistic commentary on the peculiar nature of human relations, examining the emotional and behavioral conditions of enclosed systems. One example is the conceptual spatial installation (2019) developed from the artist’s residency at Kohta, Helsinki, featured at Yeung’s Frieze London solo “Garden Cruising: that camouflage.”

The work that was popular among camera phones at the fair contains suspended disposable plastic cups that are half full (or half empty) and arranged in an orderly grid that keep the vessels at a “polite distance”—the distance between social acquaintances or strangers—from each other. These relationships might be disposable as suggested by the plastic cups, but are they necessarily pointless? That depends on whether the viewer holds a glass half-full or glass half-empty perspective.

Fun Fact: Yeung is also an expert in plants and botanic ecology. You might get plant care tips from him, if you are lucky.

Up Next: Yeung is featured in the Singapore Biennale, which has just opened over the weekend. He will be having a solo show at Gasworks in London in 2023. 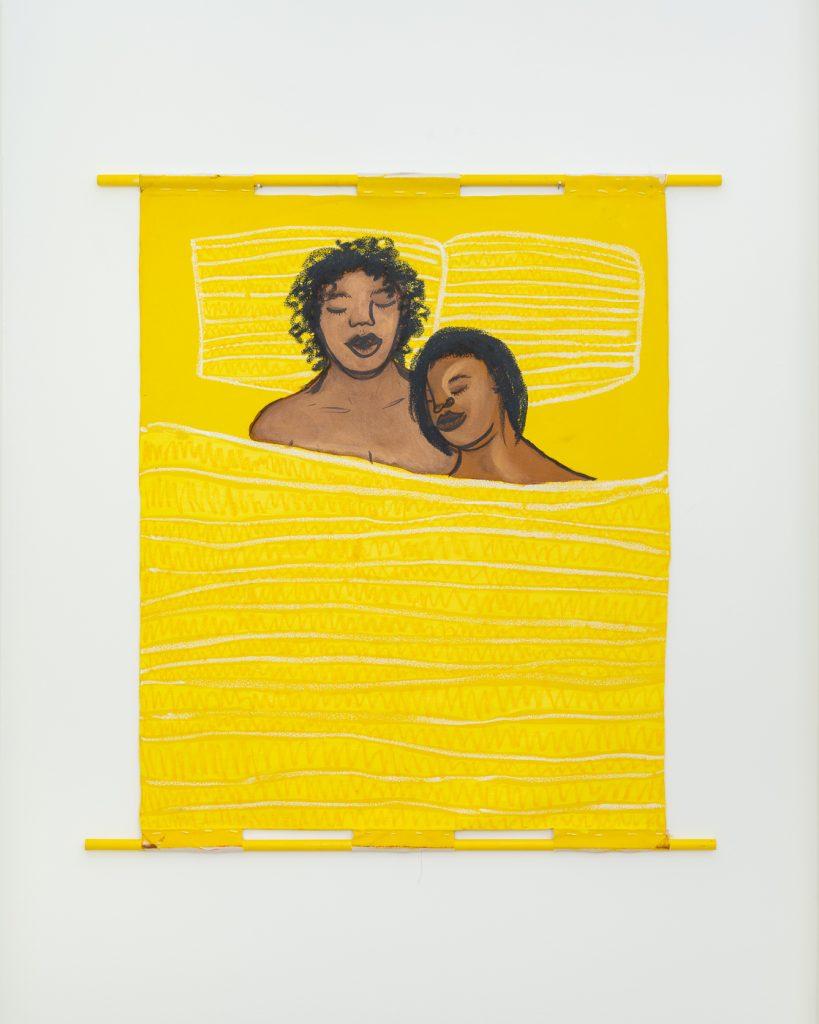 Why You Should Pay Attention: Sola Olulode’s booth was rammed on opening day at 1-54 and at the end of play she had sold all 30 works on view at the fair. This was not only due to the luscious indigo bed installation at the center of the room, but it was also due to her captivating artwork, which seamlessly infuses contemporary depictions of queer love into traditional Nigerian batik techniques.

Olulode’s work, painting and textile, is mainly concerned with her dual nationalities, British and Nigerian. While contemporary African art is on fire on the continent and its diaspora, some regimes are still regressive when it comes to LGBTQ+ rights, nevertheless artists are depicting their realities. This being said, these were the only works dealing with queer life at the fair.

Up Next: She has a solo show at Sapar Contemporary in New York opening October 28.

Why You Should Pay Attention: Gallery 1957, based in London and Accra, have an eye for talent and unique view of the increasingly famous art scene in Ghana (Think: Amoako Boafo, Kwesi Botchway, and Otis Kwame Kye Quaicoe). While they have been key to opening up the portraiture scene in the city, Isshaq Ismail’s, which had nearly sold out with a tally of ten works at the end of day, has a unique surrealism to it.

Ismail terms his simplified figurative style, evocative of sculpture, “infantile semi-abstraction.” Mixing influences from African traditions and remixing elements of Cubism inspired by those traditions, he is doing something totally unique.

Fun Fact: He, like many of the most notable Ghanaian painters of the moment, attended the now defunct Ghanatta School of Art and Design.

Up Next: Coming up in 2023, Ismail has a number of shows including one still-to-be-announced institutional show and a residency. 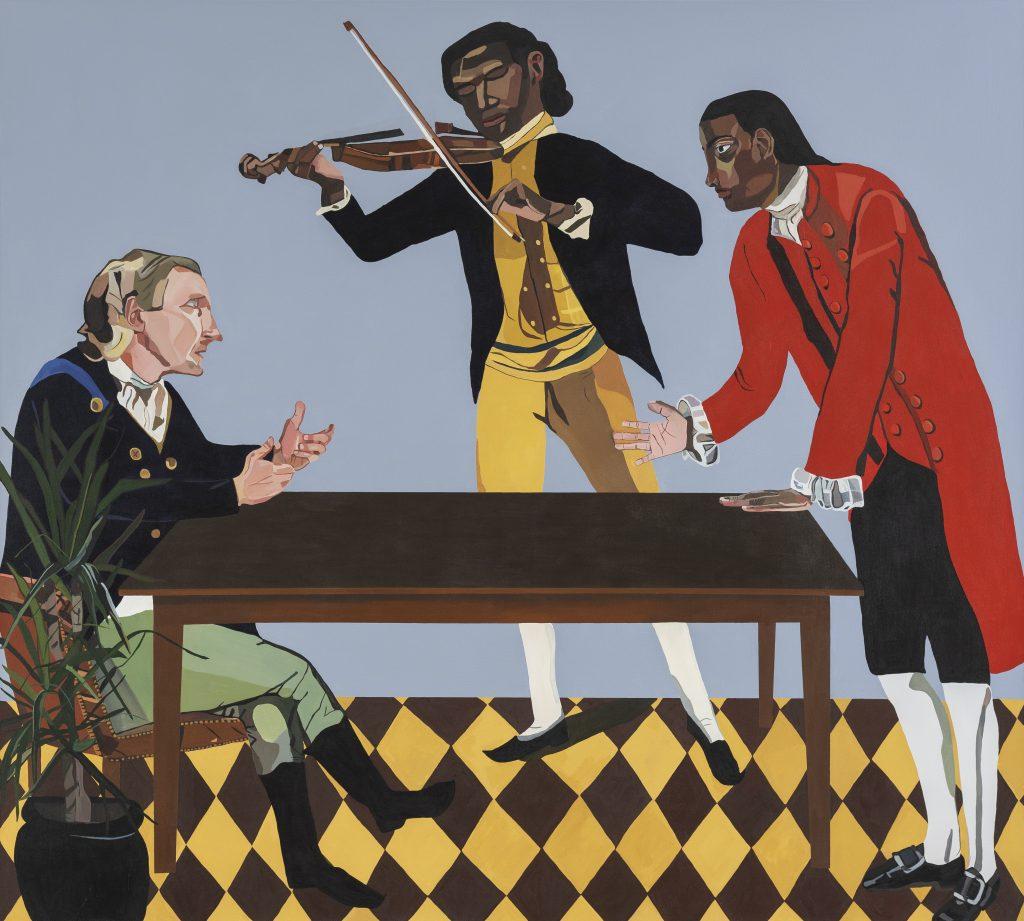 Joy Labinjo A guilty conscious need no accuser (2022). Courtesy of the artist and Tiwani Contemporary

Why You Should Pay Attention: After bursting on the London art fair scene with her trio of paintings that sold at Frieze in 2019 for $12,400 a pop, Labinjo went on to have a solo show at Hospital Rooms, London and gained two commissions, one for the Becontree Estate Centenary 2021, London and “Art on the Underground,” London’s public transit art commission—all in 2021. Her works, which highlight the very real role Black people played in British history long before the Windrush Generation, are in hot demand, and all three paintings on view at Frieze in 2022 sold out again (two of which we understand went to the HSBC collection).

Fun Fact: Labinjo makes her work from digital collages she creates with images sourced from social, furniture websites, archives, catalogs, and her own personal collection of photos.

Up Next: Her acclaimed commission for the Brixton Underground Station in London, UK, 5 more minutes, is on view through November 2022. 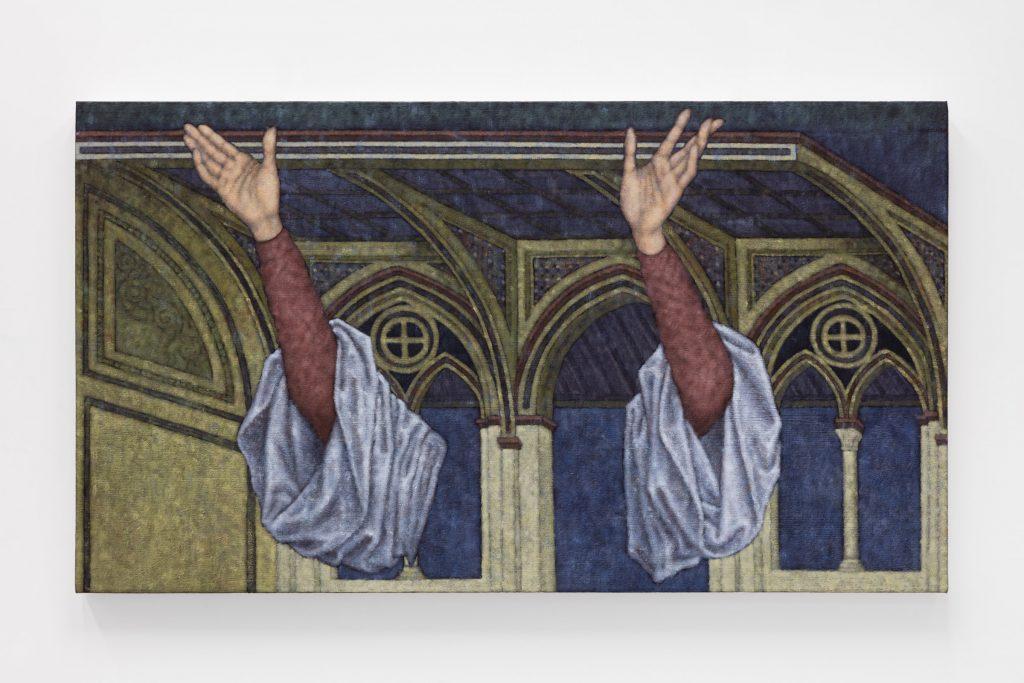 Based in: Toronto, Canada

Why You Should Pay Attention: By midday at the fair’s opening, Carvalho’s booth had nearly sold out, and the presentation of her bleary, mystical, oil paintings was the talk among the booths. A handful of these works, most of which contained religious imagery, were mounted on a cream-colored curtain within their station’s white walls. “I just had to have one,” one proud collector told me after he closed the deal on one of the pieces depicting disjointed hands in prayer positions.

Fun Fact: Though weeping saints and Roman statues dominate much of her subject matter, Carvalho is also a film buff, and has used movies by Lars von Trier and Andrei Tarkovsky as inspiration for her melancholic paintings.

Up Next: The artist is currently working on her next solo show with Helena Anrather, which she says will be ready within the year.