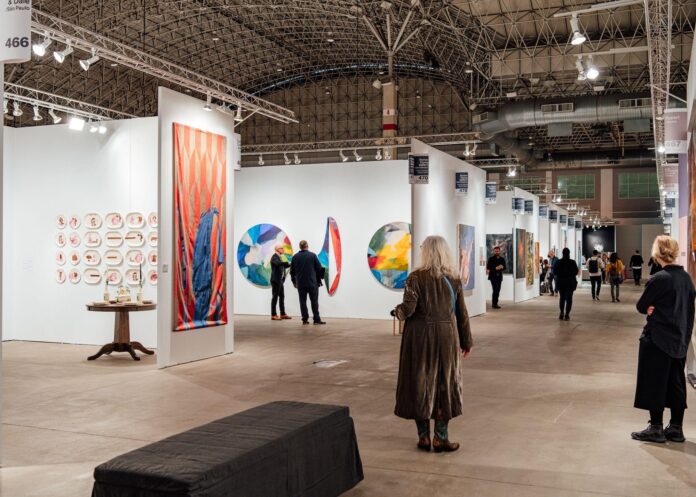 At next year’s Expo Chicago fair (13-16 April 2023), directors and curators from the Seattle Art Museum, the Museum of Fine Arts in St. Petersburg, Florida, and the Saint Louis Art Museum will have extra spending power as they browse the stands. Those three institutions are the recipients of the Northern Trust Purchase Prize, an annual award given at the fair since 2013, which will allow them to select works from the fair’s Exposure sector—highlighting galleries founded within the past ten years—that will then be acquired for their permanent collections by Northern Trust, a financial services provider headquartered in Chicago.

“Continuing to diversify our collection and champion emerging artists is a core focus of [the Seattle Art Museum],” the museum’s deputy director for art, José Carlos Diaz, said in a statement. “This award provides us with an opportunity to deepen this commitment”.

Anne-Marie Russell, the interim executive director of the Museum of Fine Arts, St. Petersburg, added that the prize “perfectly represents the collective ability of a healthy art ecosystem—artists, galleries, institutions, art fairs, media, business, collectors and audience—all working together to amplify the artist’s voice through their work”.

In the fair’s early years, the prize enabled acquisitions by institutions based in and around Chicago, including the Museum of Contemporary Art, Block Museum of Art, Smart Museum of Art and DePaul Art Museum. Beginning this year, the prize was opened up to museums around the country. At the fair’s most recent edition, the Walker Art Center in Minneapolis, Portland Art Museum in Oregon and Pérez Art Museum Miami were awarded the prize, acquiring works by Adler Guerrier, Nohemí Pérez and Reginald Sylvester II, respectively.

The works acquired via the 2023 edition of the Northern Trust Purchase Prize will be revealed at Expo Chicago on 14 April 2023.