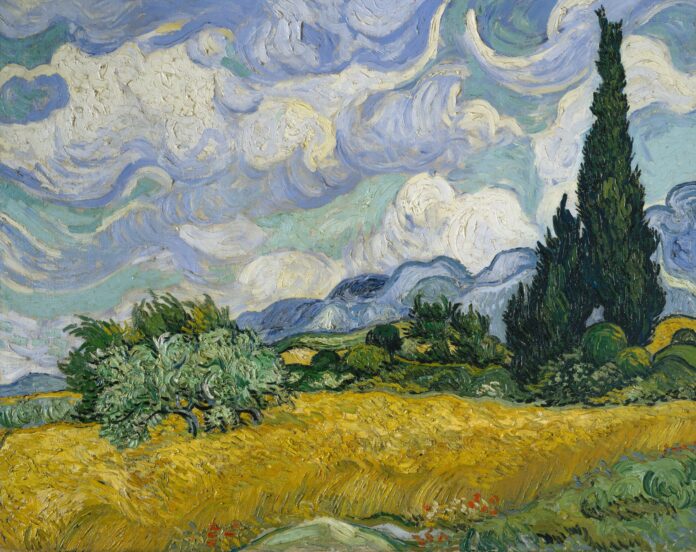 The Metropolitan Museum of Art in New York revealed it will hold a landmark exhibition of works by Vincent van Gogh next year focused on the sinuous cypresses that dominated the Dutch artist’s compositions in the last years of his life in the South of France, from his first sightings of them at Arles to works he made at the asylum at Saint Rémy.

The major exhibition—which will be on view from 22 May until 27 August 2023—is one of several shows worldwide commemorating the 170th anniversary of Van Gogh’s birth next year, but the first ever to closely examine the distinctive trees that became emblematic motifs of his work.

The cypresses are the “most famous trees in art history”, which Van Gogh captured with “fierce power and expression, painting them in such a distinct manner”, the Met’s director Max Hollein said in a press conference today (6 December).

The show will include around 40 paintings and rarely-seen drawings and illustrated letters, most of which have never traveled outside of their respective collections or that have never been exhibited together. It reunites two masterworks for the first time since 1901, when the paintings were posthumously displayed at the Galerie Bernheim Jeune in Paris: the seminal Wheat Field with Cypresses from the Met’s collection, which cannot leave the premises due to the terms of its acquisition, and the Museum of Modern Art’s The Starry Night (both June 1889).

Some other significant works to be featured include A Wheatfield, with Cypresses (September 1889) from the National Gallery in London, Country Road in Provence by Night (May 1890) from the Kröller-Müller Museum in Otterlo, and works from the Art Institute of Chicago, the Brooklyn Museum and the Van Gogh Museum in Amsterdam.

“Van Gogh’s cypresses have long captivated our attention and awe, [and] few motifs would become more characteristic of his work and take greater hold of his imagination,” said Susan Alyson Stein, the Met’s curator of 19th century European paintings. “The energy and relationship between the works will be introduced with fascinating new details from technical studies.”

Amid art fair cancellations in the city, London Art Fair opens with everything to prove

In Pictures: See What $1 Billion Worth of Art Looks Like, Courtesy of the Paul Allen Collection Sale at Christie’s