Home News ‘We went from having two Cézannes to three’: x-ray of still life... 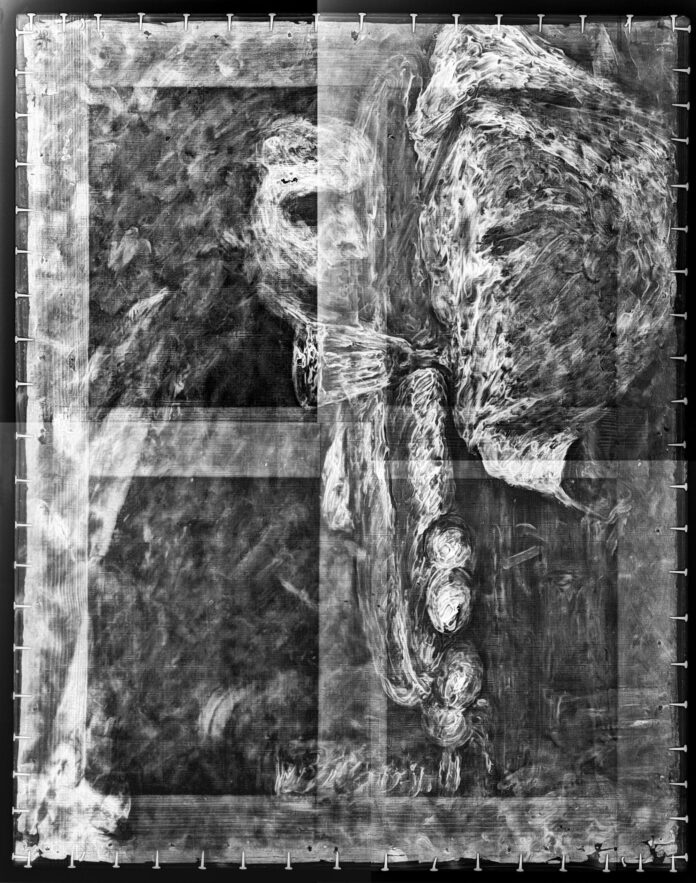 What may be Paul Cézanne’s earliest dated portrait has been discovered beneath the layers of paint that make up Still Life with Bread and Eggs (1865), a picture in the collection of the Cincinnati Art Museum. While examining that painting recently, the museum’s chief conservator Serena Urry noticed cracking of the paint surface that suggested another image may be concealed beneath. An x-ray confirmed her suspicions, revealing a portrait of a male figure—perhaps even a self-portrait.

Because it lies beneath one of Cézanne’s few dated still lifes—made when the artist was in his mid-twenties and working in a realist style, before developing his unique approach to Post-Impressionist figuration—the portrait is likely one of his earliest dated portraits. It shows a male sitter rendered in a three-quarter view. Details such as the colour of his clothes and other features may be gleaned from further scientific analysis, including x-ray fluorescence mapping and multi-spectral imaging. “This will result in a publication and possibly an exhibition, as we seek to reveal as much as we can about this important, long-hidden portrait,” Peter Jonathan Bell, the museum’s curator of European paintings, sculpture and drawings, said in a statement.

The examination that led to Urry’s discovery came after the deinstallation of the museum’s exhibition One Each: Still Lifes by Cézanne, Pissarro and Friends earlier this year. “Serena had an excellent hunch,” Bell adds. “We are lucky it came into the lab when it did, because intuition like that can only come from extensive experience with historical paintings and deep understanding of the working methods of 19th-century artists, both of which she has in spades.”

Reusing canvases and painting over previous compositions has long been a common practice for painters, and scientific analysis of works by Modern artists in particular routinely turns up earlier and abandoned works. Earlier this year, for example, x-ray analysis revealed a Vincent van Gogh self-portrait lurking on the back of one of his paintings of a peasant and a trio of sketches beneath one of Amedeo Modigliani’s earliest nudes. Looking into the layers of paintings can also shed new light on artists’ working methods: analysis of an Artemesia Gentileschi painting of St Catherine of Alexandria by the Gallerie degli Uffizi in 2019 showed that the figure in it sported a turban in an earlier version of the picture.

Still Life with Bread and Eggs, one of two Cézanne paintings in the Cincinnati Art Museum’s collection, will go back on public display on 20 December. Urry added, “We went from having two Cézannes to three with this discovery.”