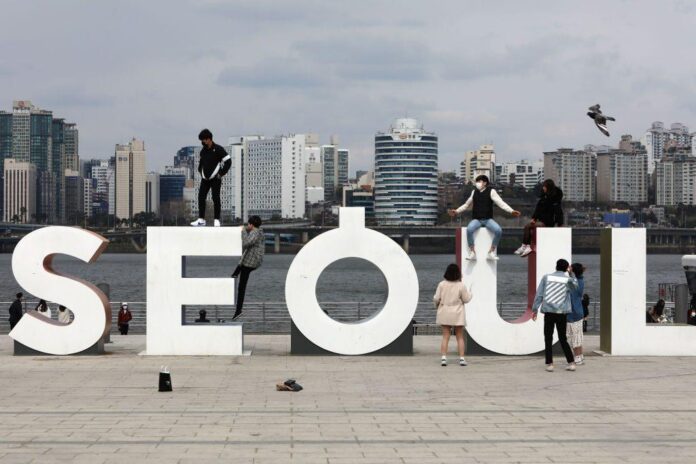 As the international art fair circuit turns its attention toward Frieze Seoul—set to debut in September 2022—talk of the Korean capital as an emergent alternative locus of the Asian art market has become impossible to ignore.

“Seoul is an incredibly sophisticated city with a rich and important scene,” Frieze Seoul director Patrick Lee told Artnet News, adding that it is “anchored by talented artists and combines an art-hungry public, an attractive collector base, intelligent curators, great museums, institutions, biennales, and compelling galleries.” Yet, for many outsiders seeking to capitalize on Seoul’s rapid ascent, a lack of insight regarding potential points of access and means of entry into the Korean market poses a significant challenge.

In recent years, however, a small but formidable cohort of Western galleries have staked their claims in the city’s burgeoning art scene, treating Seoul as a fertile testing ground for diverse strategies of adapting their businesses to conditions on the Korean Peninsula. Unlike in China and Hong Kong, where Western art galleries moved in beginning in the early 2000s, the Korean contemporary art scene has long remained relatively insular and its market largely untapped. That is, until 2016, when Paris-based Perrotin opened a modest showroom in the city, followed shortly thereafter by powerhouse galleries Pace and Lehmann Maupin.

This trio of heavy-hitters quickly set about introducing new artists to a burgeoning local collector base. They found a market ripe for growth and a broad-based audience with an increasing appetite for works by foreign artists. Fast forward several years, and today Korean collectors are as hungry as ever, allowing Pace and Lehmann Maupin to upscale their Seoul operations and relocate to more spacious facilities in 2021 and 2022, respectively. 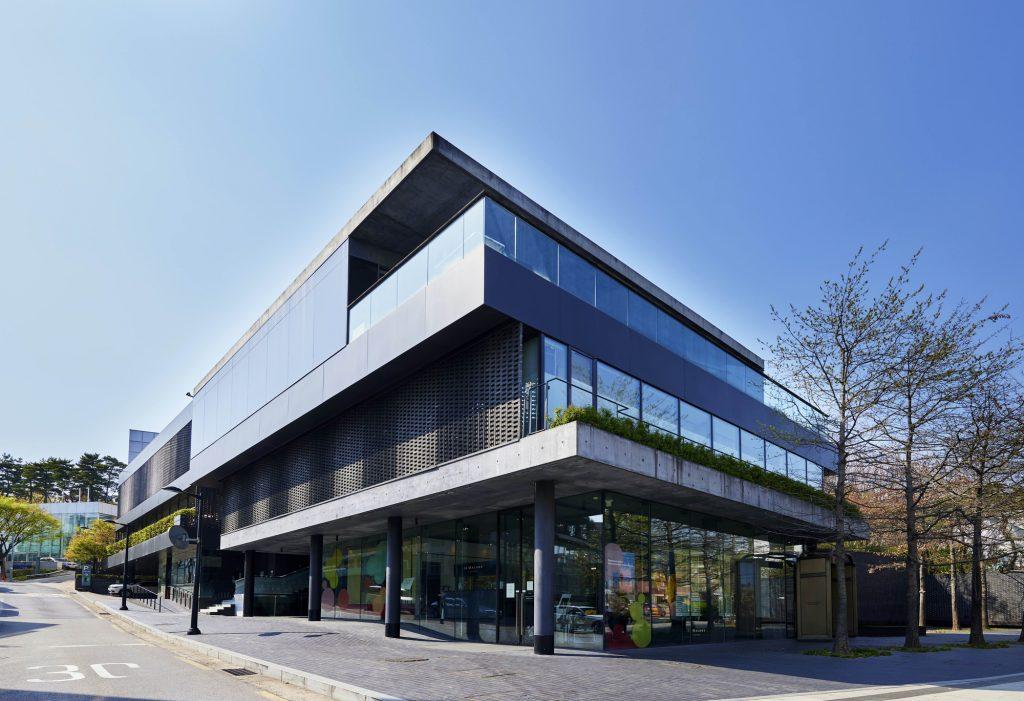 Although both American galleries quickly consolidated their presence in the Korean art world, they did so through divergent approaches to programming. Reflecting its blue-chip pedigree, Pace has increasingly focused on U.S. artists with established markets: Mary Corse, Alexander Calder, Joel Shapiro, and Sam Gilliam have all held solo exhibitions at the gallery’s new space within the past year.

By contrast, Lehmann Maupin has consistently rolled out an exhibition program with decidedly minoritarian tendencies, which tracks with the diversity of its artist roster: solo presentations by Catherine Opie, Billie Zangewa, and Mandy El-Sayegh constituted half of the gallery’s previous six shows (although, to be fair, Lari Pittman and David Salle, both American men, were also in the mix). As gallery partner Rachel Lehmann explained, “We do not work with artists unless we are confident that we can partner with them in a meaningful way, which is what we truly believe in and what we are doing in Seoul.” This sense of conviction has always been at the core of Lehmann Maupin’s strategy, powering the gallery’s steady rise over the past five years to a position of leadership within Korea’s ascendent art scene.

Following the early success of this vanguard of international galleries in Seoul, the Los Angeles-based Various Small Fires entered the fray in 2019, not long before the outbreak of Covid-19. Although the spread of the virus brought much of the global art world to a standstill, the efficacy of Korea’s initial Covid-19 response ensured that Seoul never faced lockdown, and art galleries were permitted to continue operating without interruption. This presented VSF founder Esther Kim Varet, who is Korean-American, with a unique opportunity that integrated her enthusiasm for diversifying Seoul’s art scene with VSF’s inclusive ethos.

“It felt completely natural to partner up with other gallerists with whom we shared a mutual admiration and trust,” said Varet, who reached out to galleries that were facing indefinite Covid-related closures back home—including Jessica Silverman, Night Gallery, and Karma—with invitations to mount showcases of artists from their respective programs at VSF Seoul. This strategy not only forged “a shared sense of connection and investment between VSF and other galleries in novel and profound ways,” it fundamentally shifted preconceived notions of how incoming galleries could engage with Korean audiences. 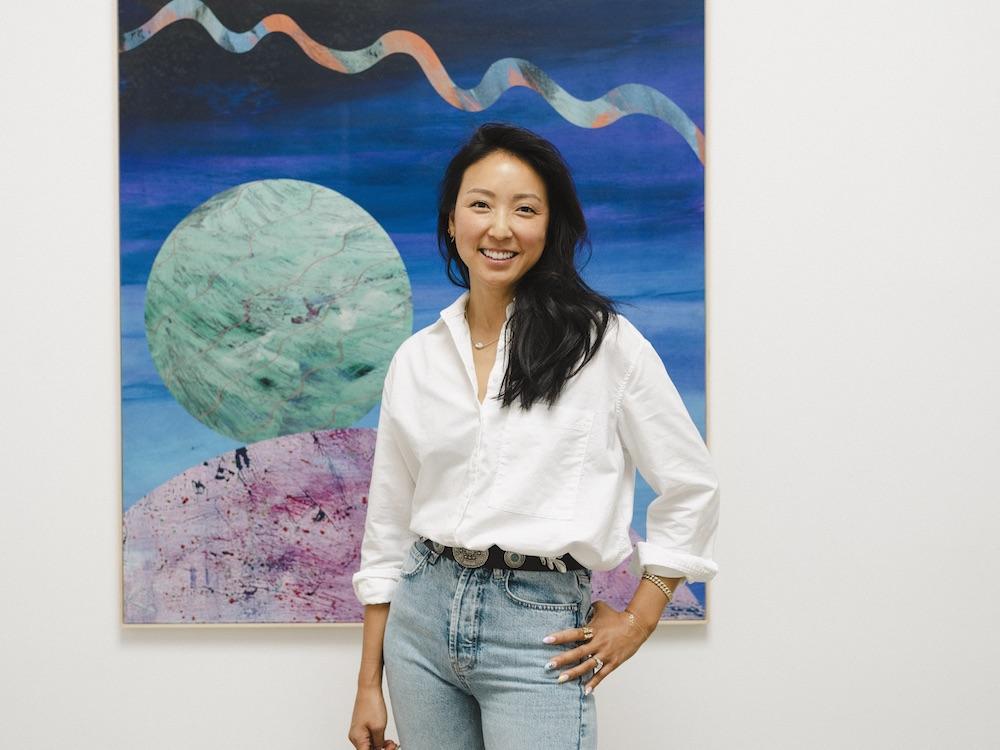 Pandemic-related hurdles deterred many Western galleries interested in expanding to the erstwhile contemporary art hub of Hong Kong, which had already lost much of its luster due to the large-scale political protests that took place in 2019 and 2020. Before long, these conditions began to tip the scales in favor of Seoul, thanks to business-friendly tax breaks on art sales that are on par with those of Hong Kong. That was certainly the case for Austrian gallerist Thaddaeus Ropac, who had been actively exploring options in both countries before ultimately inaugurating a well-appointed exhibition space in Seoul with a solo show by Georg Baselitz in Fall 2021.

Since then, Ropac has hewn to Pace’s playbook by presenting a steady stream of solo shows by blue-chip artists such as Alex Katz and Tom Sachs, rapidly cementing the gallery’s position as one of Seoul’s premier commercial art spaces. As for the future, Ropac envisions an exhibition program that is “just as varied as the program we have across our other galleries, in order to really represent the artists we work with,” while also actively looking toward local Korean artists to work with.

Other galleries opted for less conventional approaches to making their mark on the Korean art scene. Johann König made a splash in 2021 by opening a Seoul outpost of his eponymous Berlin-based gallery on a vacant floor in the flagship building of Korean-owned luxury brand MCM. This unorthodox partnership furnished König with an upscale venue that expanded his gallery’s reach while supporting MCM’s efforts to augment its own cultural cachet. Crucial to this symbiotic relationship are the favorable terms of König’s lease with MCM, significantly reducing the gallerist’s financial exposure in his new venture.

Another Berlin-based gallery, Peres Projects, cast its lot with an even more unlikely landlord: The Shilla, one of Seoul’s ritziest five-star hotels. In Spring 2022, the gallery set up shop in the hotel’s underground shopping arcade, where it has set to plying its wares amid an assortment of high-end boutiques—an alignment that positions the gallery as a luxury shopping destination in its own right. Whether these bets by König and Peres will translate into sustainable business models remains to be seen, but their idiosyncratic approaches to procuring exhibition space ought to encourage other savvy gallerists to think outside the box when considering a move to Seoul. 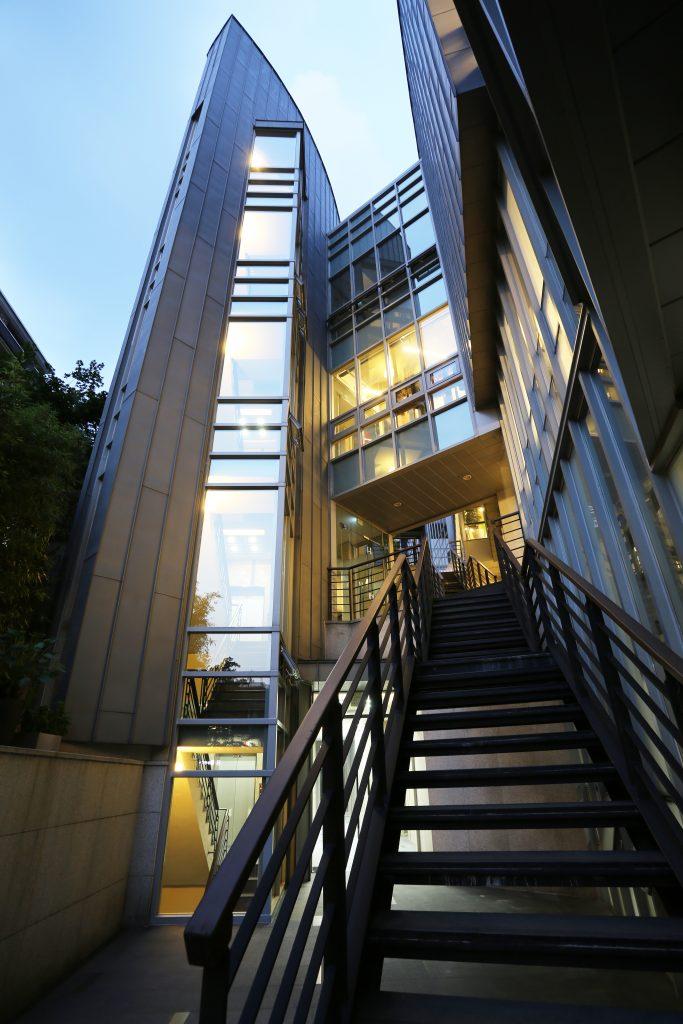 The most recent addition to Seoul’s contemporary art scene is the venerable Gladstone Gallery, which opened a location there in Spring 2022 with back-to-back solo shows by Philippe Parreno and Anicka Yi. Gladstone’s Korean expansion came to fruition gradually, beginning in 2020 when seasoned local dealer HeeJin Park joined the gallery and proceeded to place growing numbers of both primary and secondary works with Asian collectors.

“We are in Seoul for the long run,” says gallery partner Paula Tsai, “And our main focus with the gallery is to provide our artists new chances to show their work in a new context with a new audience.” With this long-term strategy in mind, Gladstone was able to hold off investing in a brick-and-mortar exhibition space until the right moment. And by all accounts, there is no better moment than now, with Seoul poised to reach an inflection point in 2022 and emerge as a bona fide contemporary art hub.

The forthcoming launch of Frieze Seoul will function as a litmus test for many galleries on the sidelines. Will the Korean capital prove to be a viable long-term beachhead for Western galleries seeking to establish their presence in the Asian market, perhaps even luring gallerists away from the region’s traditional center of Hong Kong? In the past six years, Seoul has proven itself as an incubator for diverse business strategies and operational structures. As the country’s art market continues to surge, many in the international art world are eagerly devising their own approaches to catching the wave.