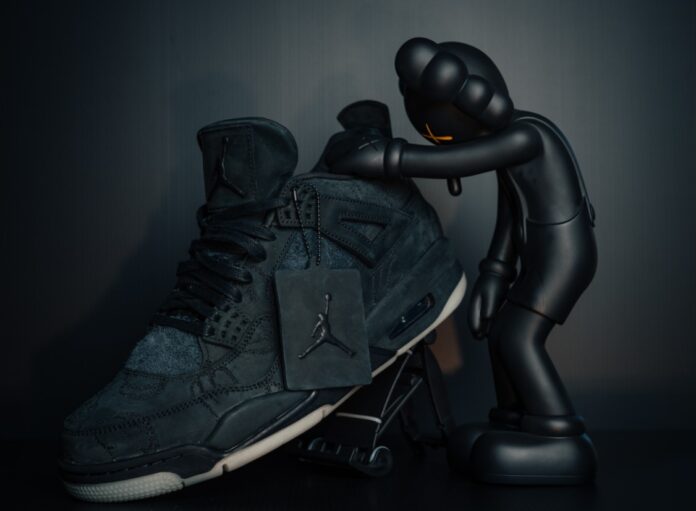 According to the research website Statista, the sneaker industry grew into a $70 billion industry in 2020. While the industry will always generate demand, the market’s success can be attributed to how sneaker culture has permeated pop culture in recent years. And it’s a culture that is built on innovators constantly pushing boundaries.

Sneaker culture is rooted in self-expression. In a quest to be self-expressive, consumers use sneakers to express the different aspects of who they were, from their lifestyles, to their class backgrounds, their personalities and simple personal tastes. Designers take this even further. Rather than selecting existing sneaker models that align with their identities, sneaker artists take on the challenge of visually representing their vision through a design that is both functional and aesthetically pleasing.

The following artists have blurred the lines between high art and consumer products as they have designed sneakers in collaborations with high-profile footwear brands.

When Japanese artist Takashi Murakami was a child, his mother would often tell him that had the Americans dropped another bomb on Japan, he would not have been born. Murakami was born in 1962, nearly two decades after the end of a war his country was still reeling from. And yet as he grew up, Japan seemed to tie its identity to the nations that defeated them, demanding their workforce to reach standards that could culturally and economically compete with the West.

And so Murakami set out to create art that felt distinctly Japanese, with his early works usually exploring Japan’s complicated relationship with the West. The cheeky, vibrant excess he portrays in his art is a subtle expression of his cynicism toward the West, as it reflects a Japanese obsession with the cuteness and violence that Murakami attributes to America’s post-war interventions. Murakami’s approach to art has since evolved to become more business-like as he collaborates with commercial brands and clothing designers. This doesn’t detract from his point, however. His sneaker collaboration with Vans still applies the cynical cheekiness of his usual style. Perhaps the popularity of sneakers in Western culture was the point — here, Murakami can make his criticisms widely available to the very people they’re aimed at.

Harlem-born interior designer Sheila Bridges grew up fascinated with the stories found in decorative arts. She had a particular love for French toile and the way its patterns portrayed the romance and peace of everyday pastoral life. However, these styles were always limited in who they represented, and there was little alignment between the art’s history and the stories that spoke true to Bridges’ personal experiences. But rather than simply accepting that there would never be a work of French toile for everyday African American life, Bridges set out to create her own toile de Jouy, called Harlem Toile.

Harlem Toile uses 18th-century Victorian art styles to portray the day-to-day lives of Harlem’s African American community. The design started as wallpaper, then quickly extended to other utility items, such as bedding, umbrellas, bags, and clothing. Most recently, Converse featured the Harlem Toile design in their new sneaker models for their Union LA x Converse collaboration. Here, her art is democratized. There’s no better way to celebrate artistic representations of black lives than to feature these designs in one of the most significant items in black culture: the sneaker.

Contemporary artist Daniel Conelly grew up in Jersey City. Growing up, he didn’t have access to museums or any institutions associated with high art, but in the streets where he skated, every wall was bursting with color and personality. As a child with seemingly boundless creativity, Conelly found artistic stimulation in the vibrant Jersey city street art, and soon found himself joining his young peers as they made Jersey their canvas. KAWS, the tag he chose for himself as a teenage street artist later on became one of the most famous names in the world of contemporary art.

As he continued to establish himself as a street artist, his distinct, cartoonish style gained global recognition. Even when he started new artistic pursuits and turned to selling 3D collectibles, KAWS found a way to pay homage to the streets by democratizing his designs in collaborations with streetwear fashion brands. KAWS later partnered with NIGO and Bape to create the KAWS x Bape Bapesta sneakers. These sneakers reflect KAWS’ street art roots, tagged with the artist’s signature double crosses while featuring bright colorways reminiscent of the vibrancy found in Jersey City graffiti.

Takashi Murakami, Shiela Bridges, and KAWS are just three of the many artists taking sneaker art to the next level. With these artists continuing to incorporate their abstract ideas into functional designs, the gap between sneakers and art will continue to crossover, as the sneaker community is blessed with designs that truly have deep cultural meanings.

Rockstar Phil Collins Is an Avid Collector of Alamo Artifacts. A New Museum to Display Them Has Given Rise to Authenticity Doubts