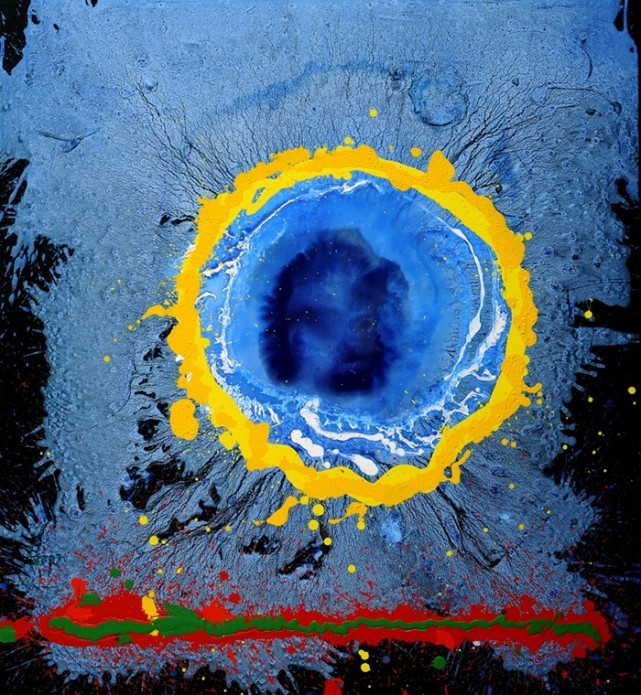 He is not for nothing considered the greatest British artist-abstractionist. He – the owner of numerous awards in the field of painting, his paintings are referred to as “the triumph of life.” And the English art critic Andrew Lambert wrote that “his paintings were abstract, but they are not about reality, as it really is. They are about very special emotions, thoughts, and feelings, depending on the process of observation. “In the history of contemporary painting, John Hoyland (1934-2011) came in as an innovator, dedicated his work to the search for new and perfect forms and lines. 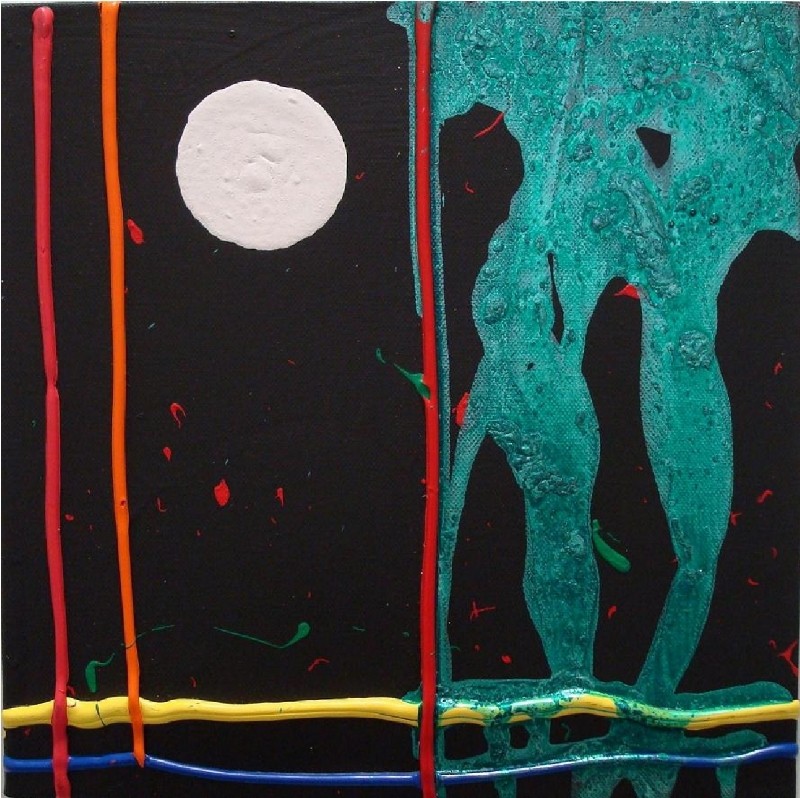 Unfortunately, not much is known about the origin and personal life of an outstanding master. But all the fun begins with his youthful years. The creative career of John Heuland developed fairly quickly. In 1956, he entered the Royal Academy of Arts, one of the most famous educational institutions at the time. She was the most authoritative association of British artists, and getting there was far from easy. But, as they say, there would be a desire. And our hero was able to conquer this summit. And already in 1960, after just four years, his exhibition activity began. John Hoyland first took part in an innovative exhibition called “The Situation”, which took place in the galleries of the Royal Society of British Artists in London. It is noteworthy that the works of the beginning master were presented on a par with large-scale paintings by contemporary British artists. But this is not all that can be said about its launch in the world of art. The year 1964 became particularly significant for Hoyland. 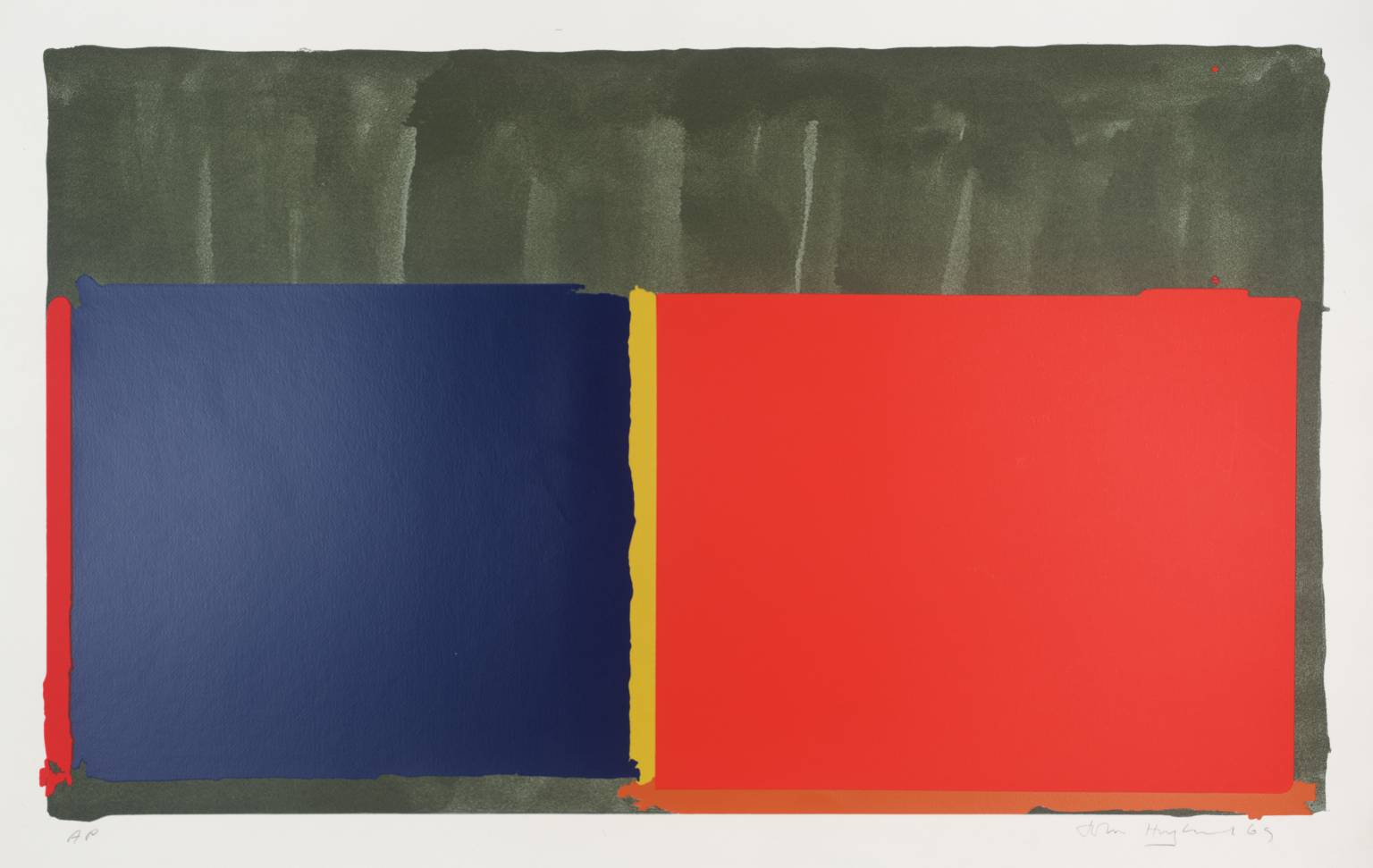 First, carefully thought out abstractions gave way to a new, more complex and organic style of painting. More color – this was the credo of the artist. Secondly, with the support of one of the curators of the Whitechapel Gallery gallery, Brian Robertson, our hero won a scholarship to travel to New York. Impressive, isn’t it? In the city of skyscrapers, Hoyland became acquainted with such well-known American artists as Robert Moserwell, Barnett Newman, Mark Rothko, Hans Hofmann.

He visited their workshops and was extremely inspired by the ingenuity of his American colleagues, both in technique and style of painting and in particular – with their color palette. This period of creativity of Hoelend is distinguished by simple forms, high color content and a flat surface of the picture. 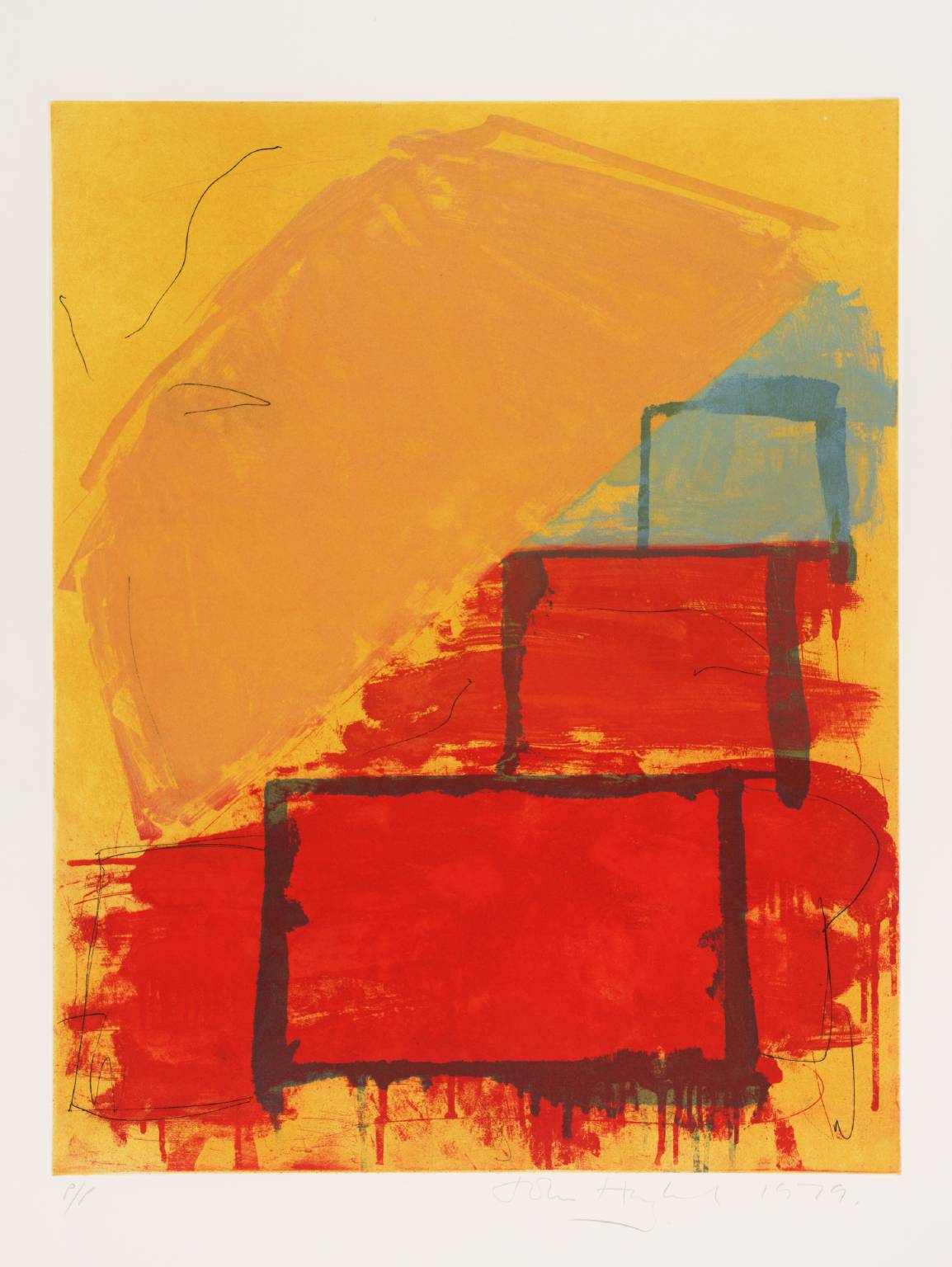 Further for the British artist comes the time of exhibitions (including personal ones) and grinding techniques of drawing. He went from materiality, the use of thick paint and abstraction to unreality and a riddle, leading the viewer into a parallel universe. Simultaneously with the painting, John Hoyland engages in a print. This is a work of graphic art, representing an engraving or some other impression on paper with a printed form. In this technique Curwen Anniversary Print, one of the most famous works of the master, which he created in 2008 in honor of the half-century anniversary of Curwen Studio, the printing and publishing and lithographic collaboration in London, was made. 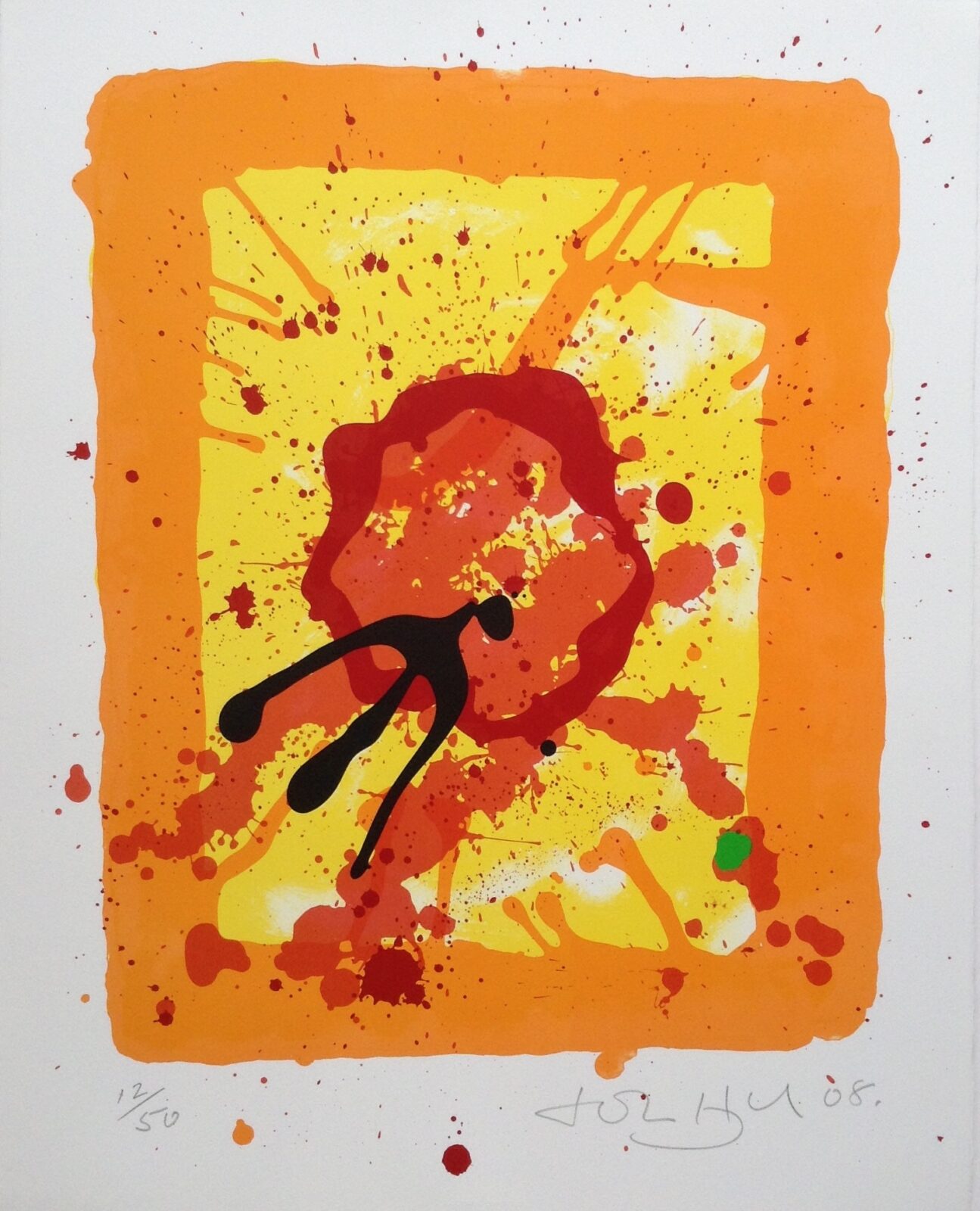 Throughout his creative life, John Hoelland has won many awards, including the prestigious John Moore Prize in Painting (1982) and the Charles Wallaston Award (1988) for the most outstanding work that was presented at the annual Summer Exhibition at the Royal Academy Arts. 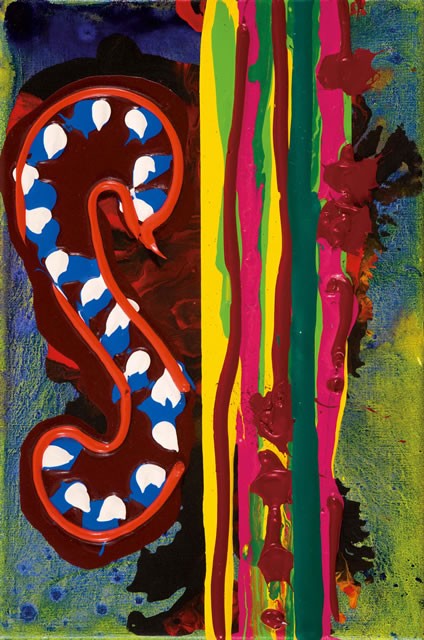 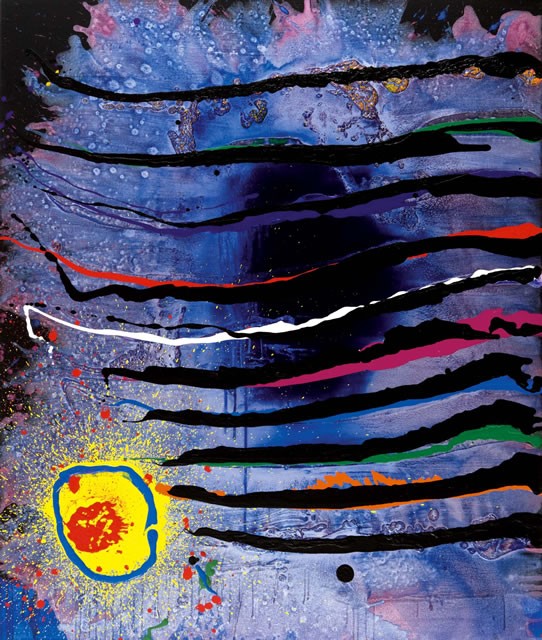 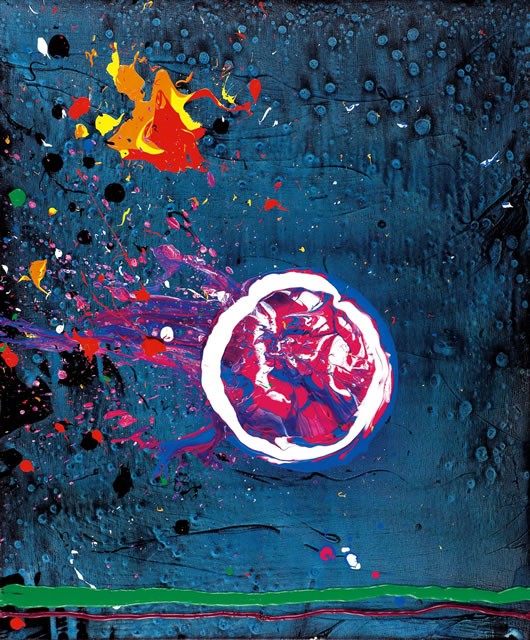