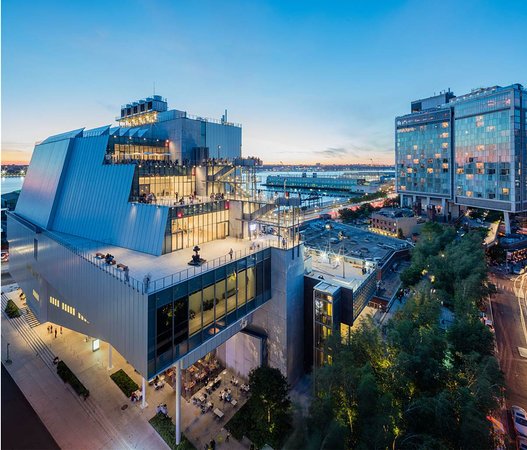 Dawoud Bey has spent more than four decades photographing African Americans in their local communities to create a body of work with a rich sense of history and identity.

A favourite subject of his is teenagers. As he once said, ‘My interest in young people has to do with the fact that they are the arbiters of style in the community; their appearance speaks most strongly of how a community of people defines themselves at a particular historical moment.’

In 2002, Bey was awarded the John Simon Guggenheim Memorial Foundation Fellowship and in 2017 he won the MacArthur Fellowship — otherwise known as the ‘Genius Grant’ — which is awarded annually to a selection of people who have shown ‘extraordinary originality and dedication in their creative pursuits’.

An American Project, which includes almost 80 works and is Bey’s first retrospective in 25 years, explores the arc of his career in the period 1975-2017, from early street images shot on 35mm around Harlem to his more recent multi-panel studio portraits.

A Shape-Shifting Woman Plays All the Parts

Across three cities on bus shelters and a giant billboard, Martine Gutierrez, the artist, performer and provocateur, asks what it means to be a woman in these times.

A cast of goddesses, queens and other powerful women from across history and mythology are landing on 300 bus shelters in New York, Chicago and Boston. Co-opting the space of luxury perfume and fashion ads, 10 colossal photographic representations of feminine idols, conjured by a single name — Cleopatra, Aphrodite, Godiva, Sheba — gracefully bare themselves. What exactly are they selling?

Martine Gutierrez, the shape-shifting artist and performer who plays all the parts, is behind “ANTI-ICON,” a Public Art Fund project. “These are all figures known for their beauty as well as their perseverance and ability to overcome obstacles,” Katerina Stathopoulou, the show’s curator, said of the star lineup, which is on view from Aug. 25 to Nov. 21. It also includes the Syrian deity Atargatis, Queen Elizabeth I, the angel Gabriel, the warrior Mulan, Helen of Troy and Judith (famous for beheading Holofernes), as reinterpreted by Gutierrez, who has seen these figures reproduced countless times and is testing whether she is “allowed” to represent them.

“My first question was, ‘Am I a woman? What does being a woman mean?’” said Gutierrez, who identifies as a nonbinary transwoman. “It’s probably something I’ll never stop asking myself.”

The 32-year-old artist, who lives in Brooklyn, has always controlled her image in front of and behind the camera, as model, costume and set designer, makeup artist and director, interrogating ideas about gender, ethnicity and how identity is constructed personally and collectively. Known for her sumptuous photographs and videos in which she performs a chameleon-like array of stereotypes culled from glossy magazines, Hollywood and the music industry, the artist here takes on the challenge of enacting personas spanning time and cultures.

Gutierrez uses a stripped-down body language (honed from years studying dance), strategically draped scarves and wigs fashioned from a black garbage bag, potting moss or party streamers that she found around her mother’s house in upstate New York (she shot the images in an abandoned swimming pool).

Just which persona would show up for an interview at the Ryan Lee gallery in Chelsea, which represents her, was a bit of a mystery. Tall and lithe in a white tank top and jeans, makeup-free with long dark hair, Gutierrez could have passed for a contestant on “America’s Next Top Model” (a show for which she once tried to audition). “I feel like that’s my strength,” she said. “I think confusion is delicious.”

Born in Berkeley, Gutierrez described growing up as a “very femme boy” in an interracial family — her father from Guatemala, her mother from the United States. “I’ve always navigated the world in a very gender fluid way,” said Gutierrez. As a child she was obsessed with Barbies, particularly princess dolls — Pocahontas, Jasmine, Ariel. Her mother, an architect, helped her make a life-size version of the popular three-foot-tall My Size Barbie that they called My Size Martine.

“I was a Disney queen,” Gutierrez said. “Purging that brainwashing has been a priority, the inherent American dream of Disney that you can always have more.”

From an early age, Gutierrez studied fashion magazines, popular culture, music videos, films. Jeff Lee, co-founder of Ryan Lee gallery, said, “She became so fluid in that language, exploring ideas of self, gender and identity through all those mechanisms about fantasy and storytelling.” Lee was introduced to Gutierrez’s work through her professor at the Rhode Island School of Design, where she received her B.F.A. in 2012. The gallery began showing her work right out of art school (Gutierrez said she arrived to meet Lee thinking she was interviewing for a job at the front desk).

In the early series including “Girl Friends” and “Line Up,” both from 2014, Gutierrez created and photographed luxurious scenes with mannequins as archetypes of beauty, altering their appearance and her own to mirror each other in intimate hyper-feminine groupings. The illusions are so seamless, it’s easy to mistake what is “real” and what is artifice.

“When I was in the gallery next to my work, viewers didn’t recognize that I was the girl in the picture,” said Gutierrez, who was then using male pronouns. She said it was her first realization that she wanted to transition and be seen as a woman by the world.

Works from these series are on view through Oct. 24 in a survey show at the Blaffer Art Museum at the University of Houston titled “Martine Gutierrez: Radiant Cut.” It also includes images from her 2018 project “Indigenous Woman,” a 124-page art publication that appropriated the large format of “Interview” magazine in a provocation “dedicated to the celebration of Mayan Indian heritage, the navigation of contemporary indigeneity, and the ever-evolving self-image,” as she wrote in an editor’s note. As model, photographer, advertiser and editor in chief, she brought alive a panoply of tropes — sporting costumes from Guatemala in high-fashion spreads, spoofing beauty products in advertorials, playing roles from Latina maid to trophy wife in a psychosexual saga about the white man’s “discovery” of the Indigenous woman.

Meet the Giraffe Weevil. It’s Got a Secret Up Its Long Snout.The Hidden Melodies of Subways Around the WorldThe 40-Hour Work Week Is, in Fact, LifeContinue reading the main story

“Martine has an incredible understanding of all the attributes of the cliché and how to represent it and twist it,” said Ralph Rugoff, director of London’s Haywood Gallery, who showed prints from “Indigenous Woman” in the 58th International Art Exhibition that he organized in 2019 at the Venice Biennale. Comparing her to Cindy Sherman, a pioneer of embodying female stereotypes in setup photos, Rugoff said Gutierrez brings different concerns to the equation as a transgender person with a mixed ethnic background.

“Martine’s work asks you to suspend your belief in these categories of gender and race and to look at identity as something that’s much more potentially open,” Rugoff said.

Gutierrez acknowledges an undeniable adjacency to Sherman’s work and points as well to the examples of Britney Spears, Frida Kahlo and Christina Aguilera.

Selections from “Indigenous Woman” are also now on view in Chicago at the Museum of Contemporary Photography through Aug. 29. “Martine fights transphobia, she fights colorism in ways that are really serious but also with this kind of glamour and humor,” said Asha Iman Veal, a curatorial fellow who organized that show. “She doesn’t ask for permission from anyone else to center herself and she is not afraid to take up all the space.”

For the new work in “ANTI-ICON,” Gutierrez relied heavily on poses in her incarnations. Aphrodite demurely covers her nakedness with her hands in a serpentine posture evoking Botticelli’s famous painting of the goddess of love. Gabriel, with wings of cardboard and arm extending a twig, recalls the stylized profile of countless biblical paintings of the Annunciation (not to mention a pinup girl).

For her Helen of Troy, who incited a war with her beauty, Gutierrez channeled the actress Monica Bellucci. “This is the most womanly I think I’ve ever been in my life,” Gutierrez said, appraising the image in which she pulled a piece of gardening netting over her face. “I thought, she’s trapped by the gift or power to be sought after.”

Given the very public placement of these images at bus stops and exposure to a broad audience, is it important to Gutierrez that the viewer know she is a transwoman? “Hmm, Martine licks her lips and thinks,” said the artist, playfully appropriating the tone of a celebrity interview while deflecting the question.

“I didn’t want to hide in costume,” she said finally. “I wanted to embody a figure. If I could make someone think of Cleopatra using some wire and a garbage bag, then to me that was successful — for all of them.”

In a project for the Whitney in September down the block from the museum, a billboard above the women’s clothing store Intermix will feature Gutierrez splayed out in white lingerie on a plush pink shag carpet as an army of Lilliputian-like blond Barbie dolls traverse her body, pulling her brown hair and unspooling white thread that spells out the title “Supremacy.”

“This is the image that we’re trapped by — little waist, peroxide hair, colored contacts,” the artist said.

It’s a commentary on “how women have been transformed, and are transforming themselves, in ad campaigns and fashion — and her being part of that from the position of a transgender woman,” said Marcela Guerrero, an associate curator at the Whitney who organized the show. “There’s always a level of self-critique but according to her own terms. Martine’s calling all the shots.”