Home News A 3,000 Year-Old Gold Burial Mask Found in Shangcheng Dates to One... 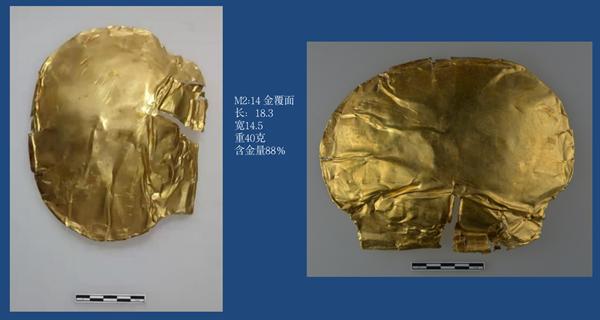 A stunning 3,000-year-old gold burial mask was uncovered by archaeologists working in central China recently, in a royal tomb belonging to a high-level noble from the Shang Dynasty (1600–1046 B.C.E.). The object, found in Shangcheng county, in the Henan provincial capital of Zhengzhou, predates a similar gold mask discovered among a trove of ancient artifects at the Sanxingdui archaeological site last autumn, according to the National Cultural Heritage Administration, making it the oldest example of this burial practice in China.

Heritage officials said the latest find also illustrates an important link between Sanxingdui, which archaeologists believe was the center of the Shu kingdom, and the Zhongyuan civilization, which is often credited as the birthplace of Chinese culture.

“There has been a saying about bubaijinshen, or an imperishable gold body, since ancient times in China,” said Gu Wanfa, the director of the Zhengzhou Municipal Research Institute of Cultural Relics and Archaeology, as quoted in the . “[The gold mask] proves that the concept had existed since the Shang dynasty.” 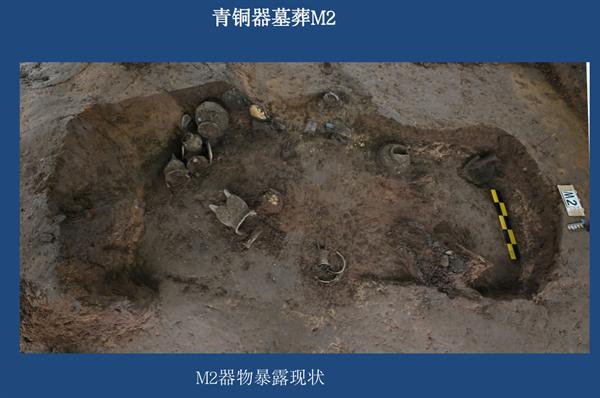 The excavation of what is believed to be a royal tomb in Shangcheng. Photo: Courtesy of the National Cultural Heritage Administration.

Before this discovery, very few gold objects had been found at Shang Dynasty sites. And unlike the mask found in Sanxingdui, this one fully covered the face, to ensure that the wearer’s spirits would remain whole, Gu added. The tombs in Shangcheng also yielded around 200 important artifacts, including gold leaves and plaques inlaid with turquoise, coins made from shell, and bronze and jade weapons.

The recent discovery raises further questions about ancient Chinese culture, however, Gu told the state-run including whether the mask was made in Shangcheng or if it arrived there through trade.

One of the earliest recorded ruling dynasties in China supported by archaeological evidence, the Shang Dynasty was centered around the Yellow River and ushered in China’s Bronze Age. Along with many artistic, scientific, technological and philosophical inventions and innovations, this period is marked by a flourishing of tombs and burial objects.

According to a recent article in the , Shang Dynasty rulers in particular are known for their preoccupation with elaborate burials, “in which they were accompanied by death attendants in their tombs and by extraordinarily high numbers of human victims placed in pits around those tombs in ritual offerings.”