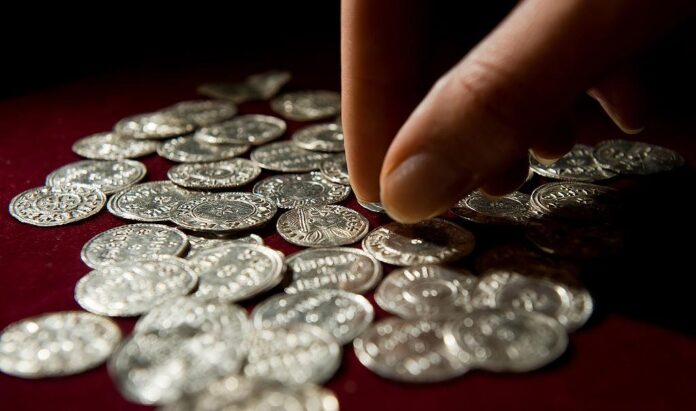 The potential theft of a horde of silver that was destined to end up at the British Museum is under police investigation, according to a report in the Daily Mail.

A pair of metal detectorists found 28 Roman silver coins and a silver ingot in Rutland and handed them over to local authorities as U.K. law requires. The trove was placed at a secure facility at the local Lancashire County Museum Service, and would soon head to the British Museum for expert analysis.

This plan has had to be put on hold, however, after the British Museum requested that one of the treasures be transferred—but it was nowhere to be found. In total, 12 sets of objects and their casework files have disappeared.

As Andy Brockman, a writer specializing in heritage crime, told the British tabloid, it remains a mystery how the precious objects could have “disappeared from a secure store, within a locked office, in a building to which the public have no routine access.”

He added that there “seems to have been no system for stock taking in place” so that staff could keep an eye on artifacts that had already been signed in.

The police have been investigating the incident since October, but have not so far announced any suspects.

The Portable Antiquities Scheme (PAS) is a national program started in 2003 to prevent amateur metal detectorists from interfering with archaeological research by encouraging them to report their finds. There is a legal obligation under the Treasure Act of 1996 to give over objects that are gold or silver or groups of coins that were found at the same location and are more than 3,000 years old.

If these are found by experts to be of national importance, then public institutions are given the opportunity to purchase them. Either way, the finders and the landowners would have split a reward for declaring them.

The news has apparently upset and outraged the pair who found the Roman coins, although they will be compensated for the missing items. Archaeologists have reportedly expressed hope that the incident will not discourage other metal detectorists from reporting their finds in future.

The British Museum did not respond to a request for comment.

Here’s What We Know About Gennaro Sangiuliano, Italy’s New Culture Minister, and What the Country’s Art Scene Can Expect