Home News An Artist Has Vowed to Take Legal Action Against Cardi B for... 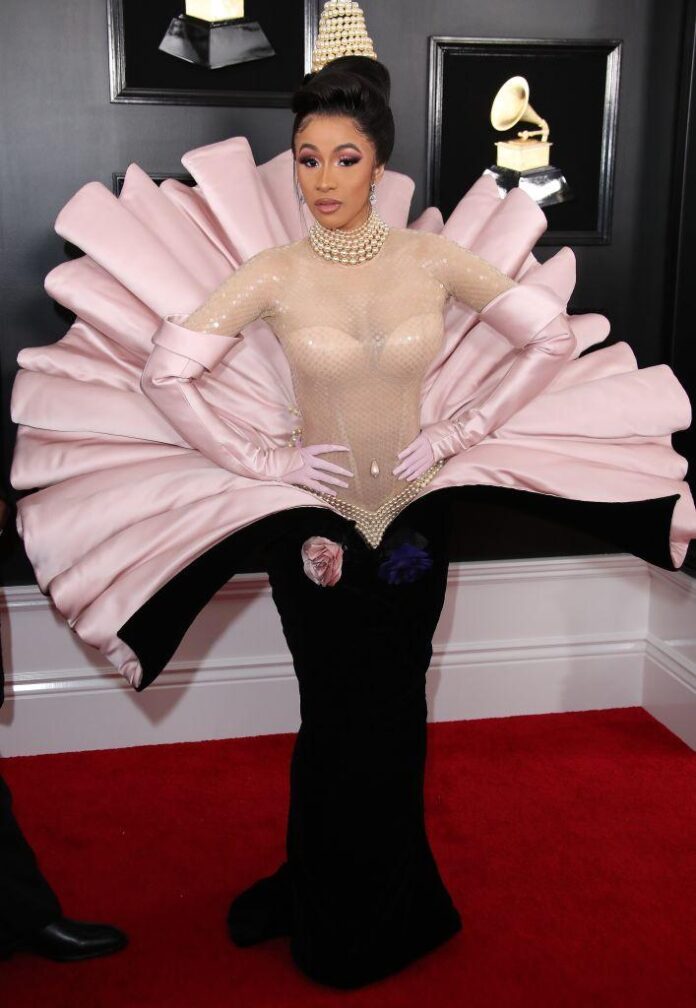 An artist has accused Cardi B of stealing his work without his permission after she dressed up as a Thierry Mugler-clad Marge Simpson for Halloween.

In an Instagram post uploaded on October 31, the American rapper shared with her 143 million followers a slideshow of images, including one of herself dressed up as Marge in a racy Thierry Mugler dress, and another of the artwork that directly inspired the look. The same slideshow was shared by the photographer Jora Frantzis, and Cardi B’s stylist Kollin Carter.

Though his name was not mentioned in the post, the work was created by the Italian Pop artist aleXsandro Palombo in 2013 as part of his series Marge Simpsons Style Icon.

The artist has engaged lawyer Claudio Volpi, who specializes in intellectual property law, and has promised to take legal action against Cardi B on behalf of the artist. “Cardi B has illegitimately appropriated the work of aleXsandro Palombo for mere business purposes in defiance of the most elementary rules on copyright and Instagram policies, with the consequent serious risks, both of compensation and of discredit for her public image,” he said in a statement.

Volpi told Artnet News that aleXsandro Palombo reached out through his publicist to Carter, Frantzis and Atlantic Records’ publicity team, receiving only a response from Frantzis who claimed he had not been “aware there was an artist behind this image previously” but that she would be “happy to add the credits.”

In response, the artist requested that everyone involved publish a follow-up “remedial” post giving him proper credit and linking to his Instagram page. This last communication did not, apparently, receive any response.

Though no lawsuit has yet been filed, Volpi has sent a formal notice to the same recipients as well as Craig Kallman, the chairperson of Atlantic Records, requesting that they publish the follow-up post within seven days of receipt as well as correct the previous post. If they do not comply, he has threatened legal action that will include a request for compensation for aleXsandro Palombo. 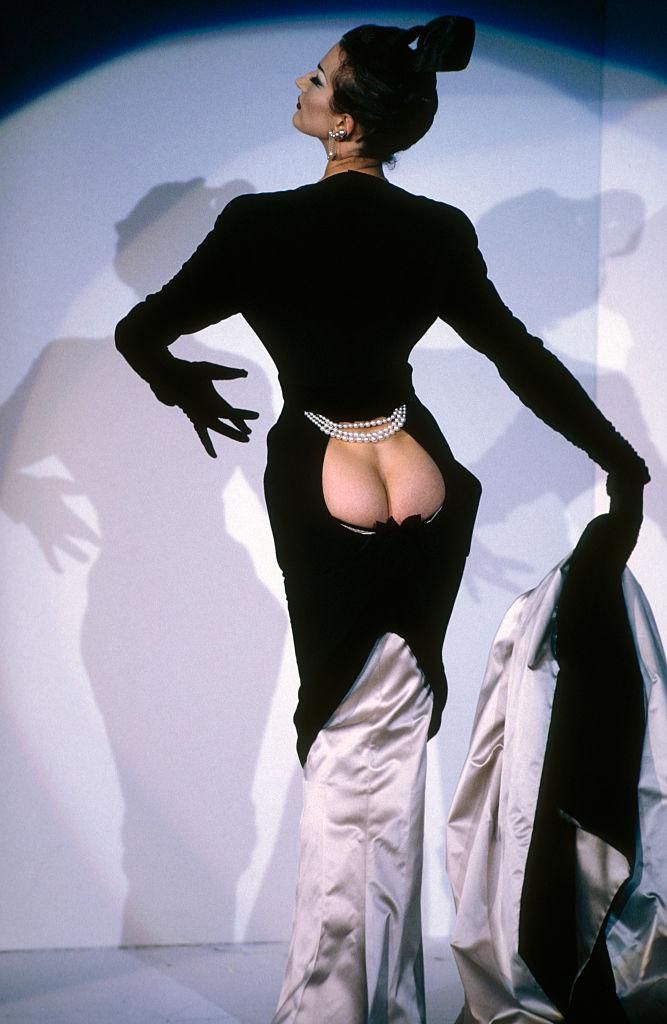 Dress by Thierry Mugler in the A/W 1995 Pret A Porter collection. Photo by Pierre Vauthey/Sygma/Sygma via Getty Images.

Palombo’s artwork had itself been inspired by a photograph of a model wearing a 1995 dress by French fashion designer Thierry Mugler, which has cutouts on the rear exposing the woman’s bottom.

The image was one of several reimaginings of Marge Simpson by the artist, all inspired by major pop cultural fashion moments, including the Union Jack dress worn by Geri Halliwell of the Spice Girls, Kate Moss posing for Playboy, and the black dress by Givenchy worn by Audrey Hepburn in Breakfast At Tiffany’s.

The series was apparently intended by aleXsandro Palombo to be a “reflection on women’s emancipation and gender equality” and it was first unveiled in Vogue U.K. The artist has stated that by using his work without permission, Cardi B was “debasing its original meaning.” 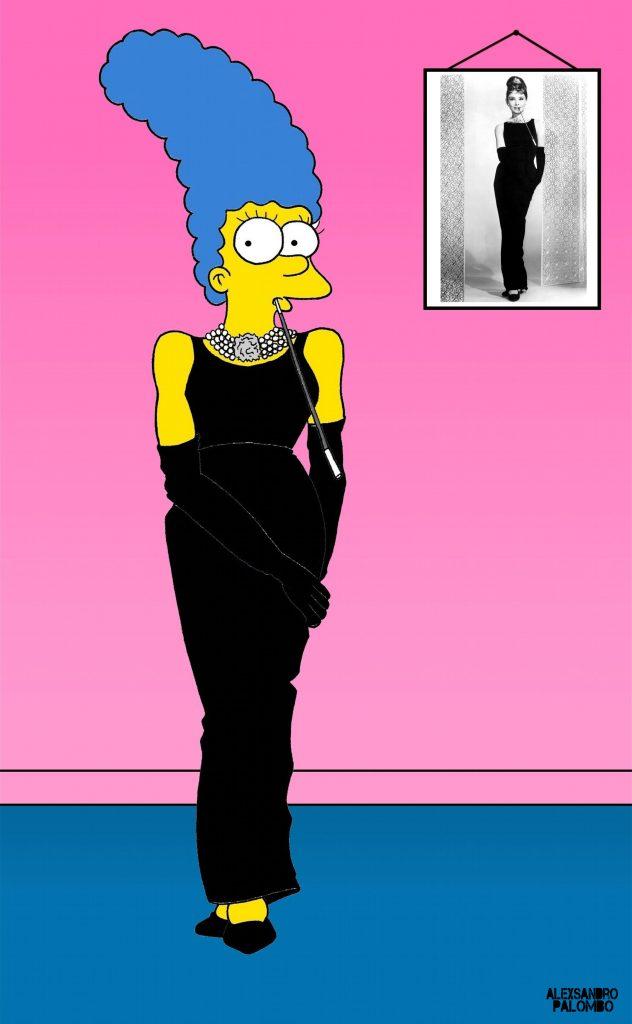 Cardi B is one of the contemporary figures who has been credited with ushering in a comeback for the radical couture produced by Mugler in the 1980s and ‘90s. She made headlines when she attended the 2019 Grammy’s award show wearing a dress reminiscent of Botticelli’s Birth of Venus from his A/W 1995 collection.

In 2021, she dipped into his archives again when she attended the opening of the retrospective “Thierry Mugler, Couturissime” at the Musée des arts Decoratifs in Paris wearing an extravagant red dress from the same collection.

Artnet News reached out to representatives for Cardi B to request comment on the allegations but did not immediately hear back.

What is the future of art? Digital over physical?