Home News An Artist Trapped Goldfish in IV Bags for a Museum Show in... 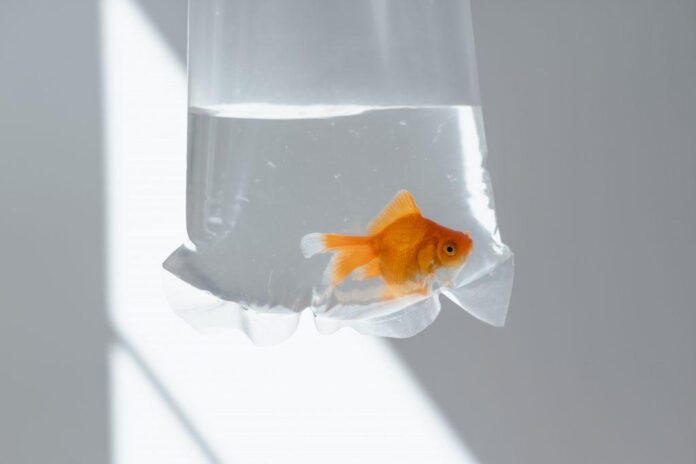 Since the end of last month, 15 goldfish had been slowly dying at the Jeonnam Museum of Art in Gwangyang, South Korea, trapped inside an installation by the artist Yu Buk. On Tuesday, in response to accusations of animal cruelty, the animals were removed from the piece—after one-third of them had already died.

The sculpture, titled , featured 15 intravenous solution bags hanging from the gallery ceiling, each filled with water and a single, doomed, fish swimming inside. Concerned visitors began asking how the goldfish were being fed, and when they learned they were not, they complained.

Local animal rights groups also began speaking out against the piece, which prompted the museum to save the surviving goldfish—to the artist’s displeasure.

“The slow deaths of the goldfish were meant to be a part of my piece. Now that the fish are gone, it lost its meaning as a work of art,” Yu told the . “While this may cause discomfort to general audiences, the artist thinks and expresses differently from members of the public.”

This is hardly the first time the artist has incorporated animal mortality into his work. The bulk of Yu’s practice seems to involve luring flies and other insects to their death using glowing light and adhesive applied to acrylic or glass boxes. 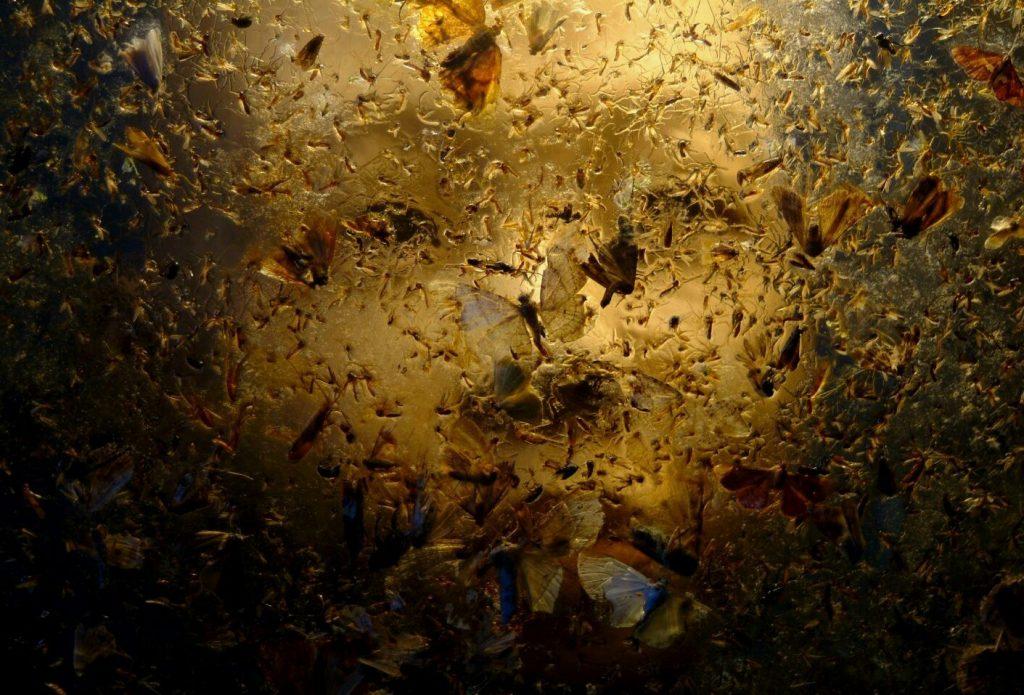 Yu Buk, . This NFT of an image of insects killed by the artist is for sale on OpenSea.

He incorporates swarms of dead creatures into sculptures, images of which he has recently minted as NFTs on OpenSea. (The works have not yet sold.) Yu also has had solo shows at Korean institutions including the Sungkok Art Museum, the Seosan Cultural Center, and the Total Art Museum, according to Seou’s Gallery Naeil, which exhibited his work in 2020.

“My work consist of the death of bugs,” the artist wrote on OpenSea. “In a sense, I’m a bug hunter. When applying some luring liquid on the surface of photos or a wall and lighting up at night. Winged insects gather from the surroundings and are adhered to make an image.” 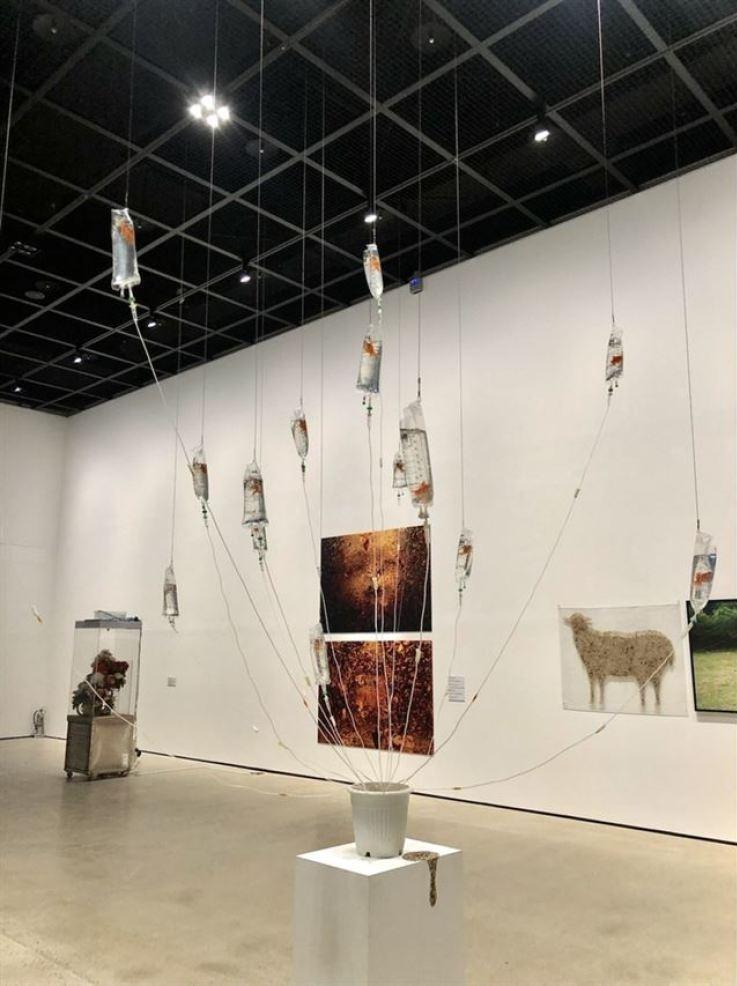 At the Jeonnam Museum of Art, Yu’s installation Fish is one of 54 pieces on view in the group show “Mourning: In the Wake of Loss, A Curatorial Essay.” It was meant, according to the artist, to serve as a commentary about nature’s intrinsic violence, and humans’ urge to manipulate and harm nature to serve their own aesthetic desires, despite ostensibly valuing natural beauty.

According to the museum, the exhibition is a response to the collective trauma of COVID-19 and other experiences of loss, exploring various means of mourning, as well as how artists transform such difficult experiences into art. It features a mix of Korean artists such as Kimsooja, as well as well-known names from the West, including Gerhard Richter, Nan Goldin, Bill Viola, Anselm Kiefer, and Yinka Shonibare.

As of press time, the museum had not responded to inquiries from Artnet News.

Earlier this month, Germany’s Kunstmuseum Wolfsburg removed a work by Damien Hirst, which is designed to hatch and then kill flies, from view because it violated the country’s Animal Welfare Act.