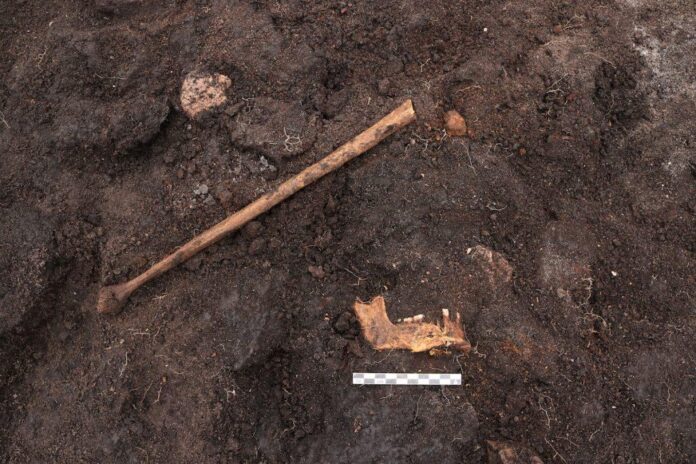 While examining land earmarked for a housing development northwest of Copenhagen, the Danish capital, archeologists have discovered the remains of a skeleton along with a flint axe and animal bones believed to date back more than 5,000 years.

First came a femur bone, then a pelvis, then a part of the lower jaw. Though the sex and age of the skeleton remain unknown, its discovery in a bog along with ceremonial objects has led archeologists to speculate that the individual was the victim of a human sacrifice.

It connects to a gruesome ritualistic tradition dating back thousands of years and spanning from Ireland to Germany of placing bodies, often young adults, in bogs. Collectively, they’re referred to as “bog bodies,” and are often extremely well-preserved on account of deep bogs being acidic, low-oxygen environments.

“The find fits into a proven tradition of ritually burying both objects, people and animals in the bog,” said Emil Winther Struve, an archeologist at ROMU museums in Roskilde which lead the excavation. “This has been widely done throughout ancient times, and this is most likely a victim of such a ritual.” 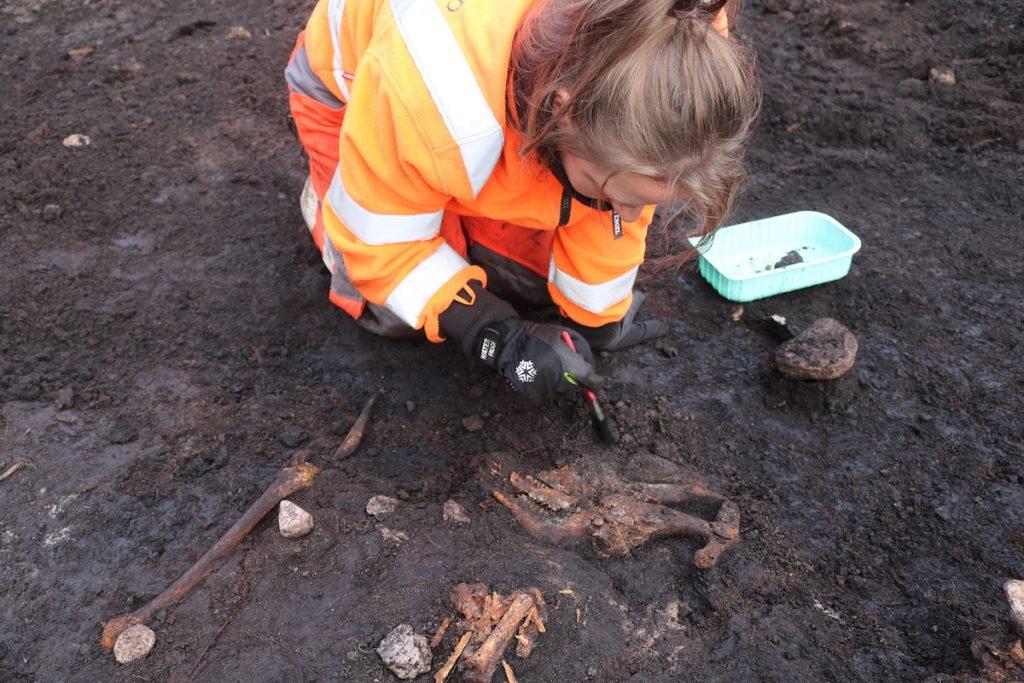 ROMU, an organization of 10 museums also responsible for supervising cultural sites across much of Zealand, was tasked with inspecting the land in Egedal municipality under a provision of Danish law. Bog bodies had previously been found in the region and as Struve told local television following the discovery, his team had joked about the possibility.

“It was a pretty wild experience,” Struve said. “It doesn’t happen very often that you find a bog body.”

The site has been drained ahead of a full excavation that will begin in the spring. The archeologists hope to learn more about the bog body by using cutting-edge DNA technology.

Although the reasons behind the practice remain murky, bogs occupied a prominent position in Northern Europe from the Neolithic age through the Iron Age. In practical terms, bogs were an essential life source: People used the bogs for fuel, as hunting grounds, to gather moss for weaving, and later to extract iron ore for swords and cooking instruments. They were also mysterious, liminal spaces in between land and water, their mix of gasses prone to combusting. Some academics have suggested Iron Age people saw them as gateways to the gods.

A number of other bog bodies have been unearthed in Denmark since the 1930s, including the Grauballe Man, the Elling Woman, and most famously, the Tollund Man, often dating to the Iron Age and preserved with signs of sacrificial rituals.

“When I heard that human remains had been found, I was ready to jump into my Wellington boots immediately,” said Charlotte Haagendrup, deputy mayor of the Egedal municipality. “I think it could be interesting to exhibit this very early Egedal citizen in the area.”