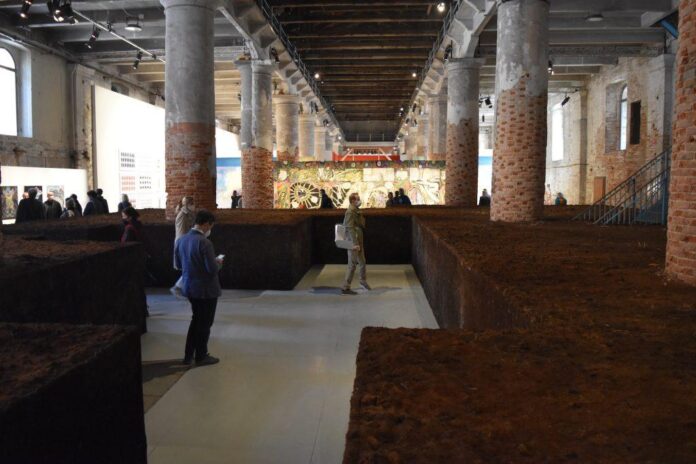 Notre Dame Will Deliver ‘a Shock’ When It Reopens – Latex paste is being used to clean the cathedral’s interior stonework. When it is peeled off, it will reveal a luminous surface that Jean-Louis Georgelin, an army general charged with organizing the restoration of Notre Dame, said would be “a shock.” But some conservationists fear it is going to look artificial. (TAN)

New Details on Frieze L.A. – Taking place from February 16 to 19 at the Santa Monica Airport, the West Coast edition of Frieze will welcome 124 galleries from 22 countries—its largest edition yet. South Korea will have a strong cohort, which is not surprising given the fair’s expansion to Seoul this summer. (L.A. Times)

Why Is Mud Inspiring So Many Artists Right Now? – If sand was the escapist material of choice as the pandemic descended , anyone?), the gritty present moment calls for a bit more dirt. We’ve seen it in Balenciaga’s muddy spring 2022 runway, choreographer Gisèle Vienne’s dirt-filled stage in , and Delcy Morelos’s earth labyrinth at the most recent Venice Biennale. Morelos’s work—one of the show’s highlights—will travel to Dia Chelsea in fall 2023. (New York Times)

Ukrainian Photographer’s Show Cancelled – Polytechnic University of Catalonia has cancelled an exhibition of work by Dmytro “Orest” Kozatsky, a member of a Ukrainian paramilitary militia that has ties to neo-Nazi ideology and which is now a part of the Ukrainian army, after it came to light that he allegedly has a swastika tattoo and used the symbol on social media. ()

Architect Named for the 2023 Serpentine Pavilion – The Beirut-born, Paris-based Lina Ghotmeh will aim for the smallest possible carbon footprint with an African-inspired shelter in Kensington Gardens. It will open in June 2023. ()

Hollis Taggart Takes on Three AbEx Artists – Sheila Isham and the estates of Albert Kotin and Norman Carton are now represented by the gallery, which will present their work at Art Miami. (TAN)

Ebony G. Patterson at the NYC Botanical Garden – The artist’s installation will be on view from next May through September 2023. Her project will explore the “icky” parts of nature and landscape as a site of consumption and renewal, drawing on her upbringing in Jamaica. (NYT)

Grace Ndiritu Wins Jarman Award – The British-Kenyan artist was awarded the art film version of the Turner Prize for her multimedia practice, which incorporates shamanic ritual and meditation. ()

‘Human One’ Is Heading to Hong Kong – The digital generative sculpture by Beeple will go on view at the M+ museum in Hong Kong on December 9. The work, purchased by Ryan Zurrer at Christie’s for nearly $29 million last November, has most recently been on display at the Castello di Rivoli in Turin. () 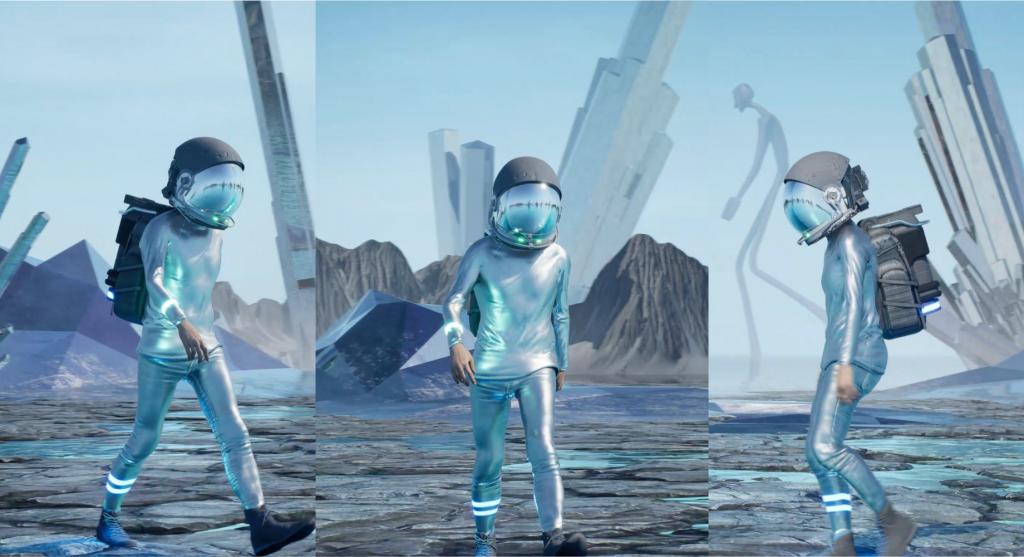 Beeple’s stills of Human One (2021). Courtesy of Ryan Zurrer’s personal collection. Photo courtesy of the artist