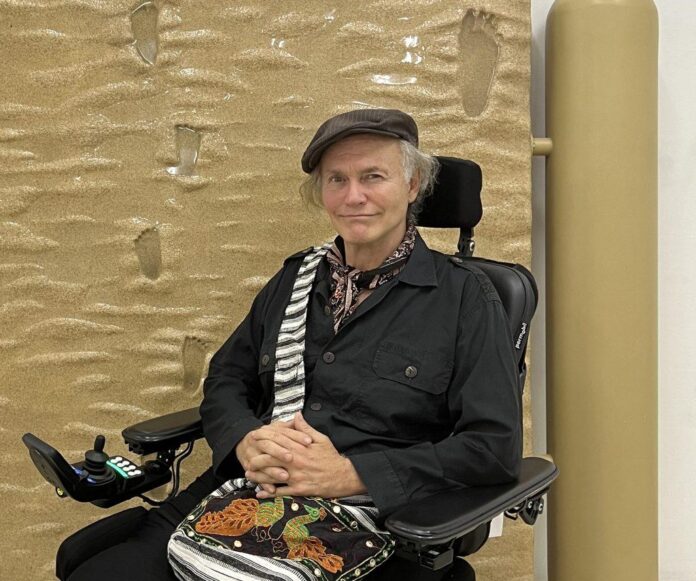 The British-born American artist Ashley Bickerton, who is known for his large-scale conceptual, and often bitingly critical work, and for his association with the 1980s Neo-Geo movement, has died at age 63. Last year, he was diagnosed with Amyotrophic Lateral Sclerosis (ALS), also known as Lou Gehrig’s disease.

“Ashley had a rebellious and singular voice in the art world that continuously captured the ethos of the time,” said Larry Gagosian in a statement to Artnet News. He added: “He remained innovative until the very end, even with his latest body of work that is yet to debut. I am proud to have known him.” Earlier this year, Gagosian gallery announced that Bickerton had joined the gallery and that it was planning a solo show of his work at its New York space in 2023.

“We are deeply saddened to hear the news of Ashley’s passing and send our condolences to his family,” said Lehmann Maupin co-founder Rachel Lehmann, who represented Bickerton until earlier this year. “Over the 17 years we worked together, we watched him continuously challenge the parameters of art making,” she said. “Through the use of groundbreaking materials and a rigorous conceptual practice, his contributions to the art landscape language will undoubtedly influence generations of artists to come.”

Born in Barbados in 1959, Bickerton moved between several countries, including England, Guyana, and Ghana, as a child before his family settled in Hawaii in 1972 and he became a naturalized U.S. citizen.

Over the next decade, Bickerton completed his BFA at the California Institute of the Arts in Southern California before moving to New York. There he established himself, alongside Jeff Koons and Peter Halley, as a member of the so-called Neo-Geo movement —a conceptual art movement that revived aspects of Minimalism, Pop Art, and Op Art within a new Post-modern context to criticize commercialism, consumerism, and mechanization.

In wall pieces like Tormented Self-Portrait (Susie at Arles) (1988), held by New York’s Museum of Modern Art (MoMA), the imaginary logo of Bickerton’s personal brand “Susie” is juxtaposed with those of real companies like Renault, Nike, and Marlboro. Known as his “self-portraits”, these works employ a corporate-industrial aesthetic to explore self-expression and the construction of identity within a consumerist society.

In 1993, Bickerton moved to Bali, Indonesia, where he independently developed a more “exoticized”, colorful style that satirized Western fantasies about other cultures. In many works, a Blue Man, loosely based on the French painter Paul Gauguin, became a repeat character representing an oblivious 19th-century European male archetype.

In Bali, Bickerton also met his wife Cherry Saraswati with whom he had a son. 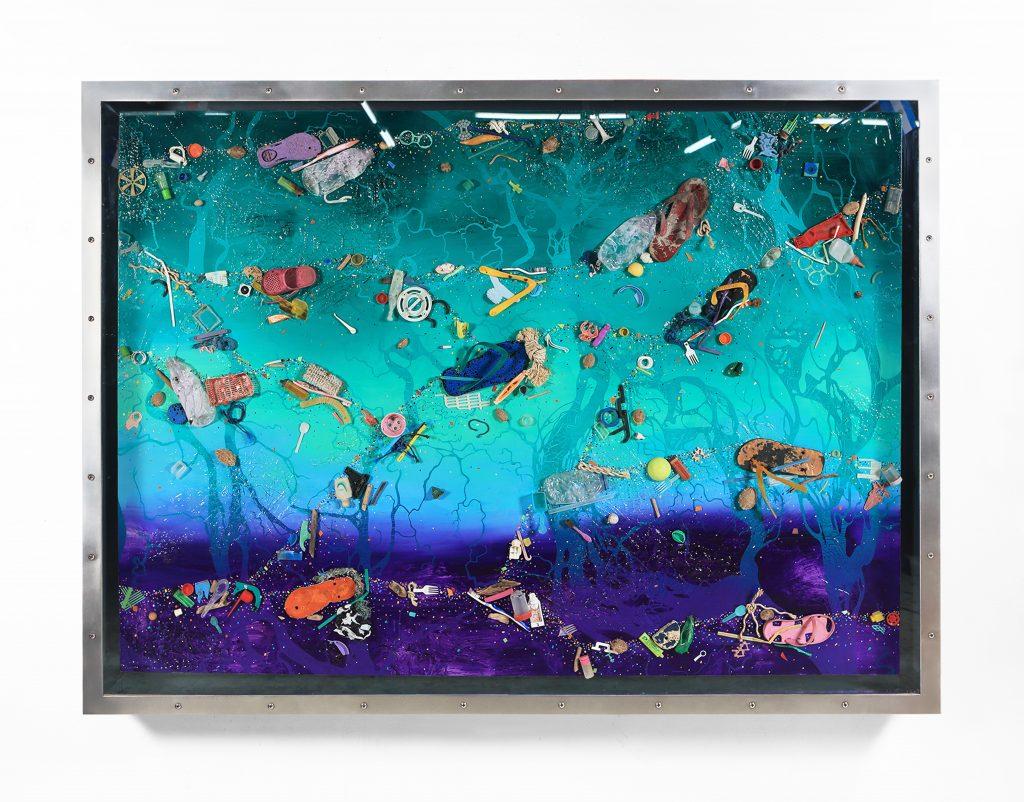 Recently, Bickerton had relocated to L.A., where he continued to make wry artworks that engage with the issues of our age, such as Flotsam Painting: Green Sky (2019), which depicts waste in the ocean.

“In a long and often breathless career, I feel I’ve pursued every reckless tangent with utterly no fidelity to any stylistic cohesion, but nevertheless in this tangle, I knew inherently there was a larger overarching language that was distinctly my own,” Bickerton once said, according to a statement by Gajah Gallery, who has worked with him since 2013.

“I don’t want any pity,” he told Los Angeles Magazine about his ALS diagnosis in 2021. “Life is to be lived and got on with, and I’m busy— too busy—for that.”

Italy’s far right weaponises culture in the interests of nationalism