Home News Cologne Hands Back 92 Benin Bronzes to Nigeria, But a Few Will... 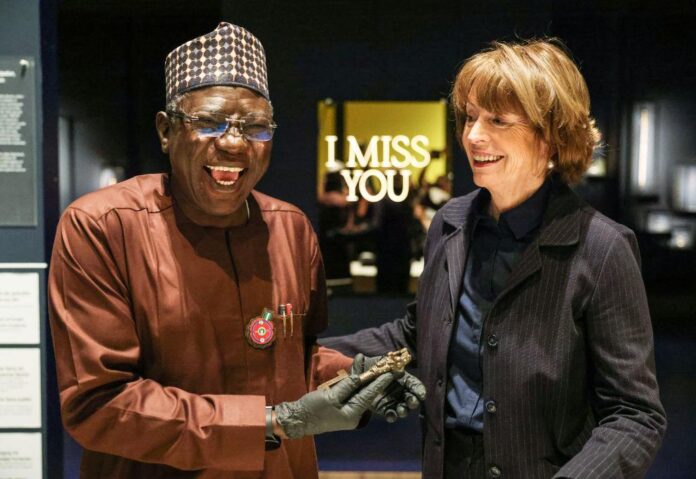 As Germany continues to make advancements in repatriating their holdings of Benin Bronzes, the ownership of 92 sculptures has been handed back to Nigeria by the city of Cologne.

The new agreement concerns pieces from the collection of the Rautenstrauch-Joest-Museum, and was signed on Thursday by the mayor of Cologne, Henriette Reker, and Abba Isa Tijani, the director general of Nigeria’s National Commission for Museums. This was the outcome of a vote by the Cologne City Council held on December 8.

The artifacts were stolen by British colonialists during a raid of the former Kingdom of Benin in 1897. Their loot was auctioned off, with Germany acquiring more than 1,000 of the bronzes. 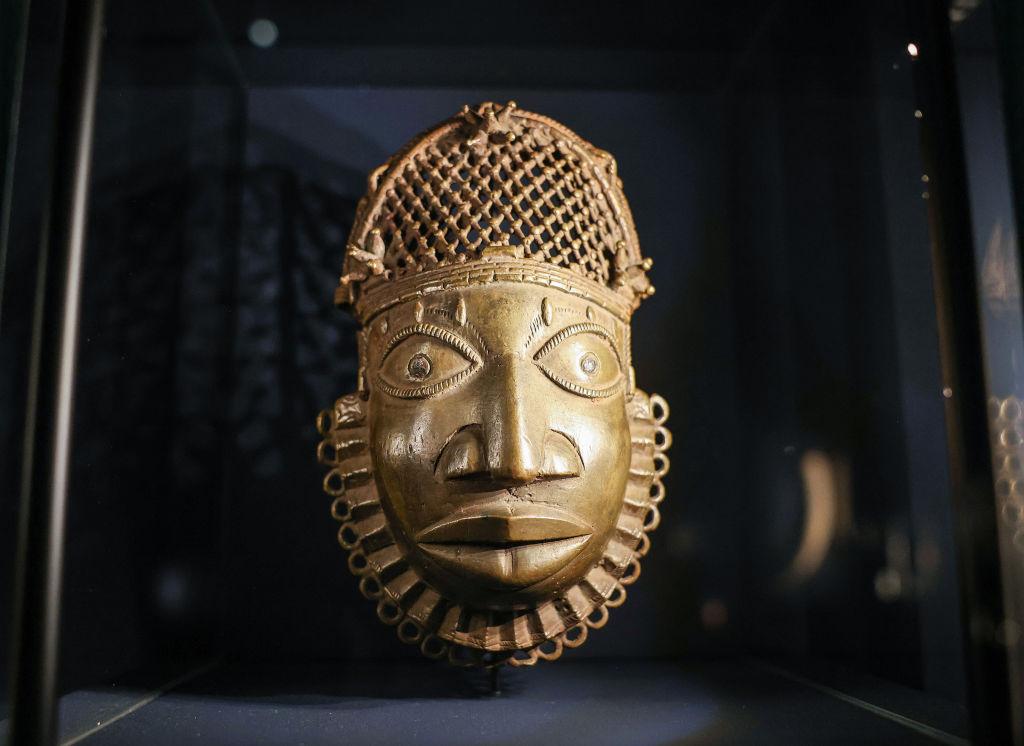 A bronze sculpture stands in a display case before the signing of the contract for the return of Benin bronzes from Cologne. The Cologne City Council had decided to return 92 Benin bronzes from the collection of the Rautenstrauch-Joest Museum to Nigeria. Photo by Oliver Berg/picture alliance via Getty Images.

“This is a milestone in a difficult debate lasting decades about the restitution of looted art, with national and international significance,” said Reker to Deutsche Welle.

The bronzes will be transferred to Nigeria gradually, with three going this month and a further 52 set to travel from next year onwards. The remaining pieces are on a long-term loan to Cologne, where they will remain for at least 10 years.

A similar deal allowing for long-term loans was struck between Nigeria and Berlin earlier this year. Negotiations between the two nations have been taking place ever since Germany made a landmark announcement in 2021 that it would start restituting the bronzes this year, following a meeting with culture minister Monika Grütters and Germany’s state culture ministers, museum heads and members of the foreign office.

As of today, the Hamburg Museum for World Cultures is also planning to hand over 179 works of art that were stolen from Nigeria, having made the decision to do so in September.

Bag Bonanza! New York Auction Houses Are Hosting Handbag Sales Featuring Hermès, Gucci, and a Chanel Bag in the Shape of a Robot