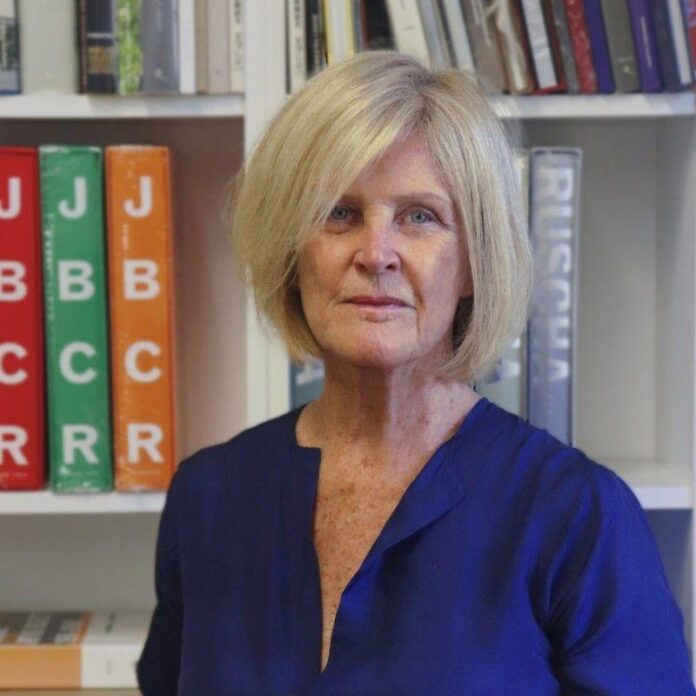 Dagny Corcoran, the influential arts book dealer and a longtime fixture of the Los Angeles art scene, has died at 77. Corcoran’s death was announced by Marian Goodman Gallery, where she had worked since January 2021 in the role of director of books and multiples.

“A force of the Los Angeles art scene, Dagny gained recognition for her entrepreneurship behind the independent bookstore Art Catalogues, specialising in current and out-of-print exhibition catalogues and publications on modern art, architecture and photography,” reads a statement posted on the gallery’s Instagram account. “In the early 1970s, Dagny worked for the Los Angeles branch of Marian’s art publishing company Multiples, Inc., where she and Marian formed a longstanding relationship over their shared commitment to quality.⁠” According to Artnews, a representative of the gallery stated that Corcoran had been diagnosed with cancer this past spring.

The daughter of art collector and Southern California real estate magnate Edwin Janss, Jr., Corcoran’s childhood home became a gathering place for Los Angeles artists as her father grew more involved in the scene. “My mother didn’t understand the collecting or my father’s new friends, these ‘art people’,” she told the Wall Street Journal in 2021. “One day Joe Goode delivered this Rauschenberg [sculpture] with a stuffed chicken in it—and my mother essentially said, ‘It’s the Rauschenberg or me.’ My father chose the Rauschenberg.”

In 1977, after being tipped off by curator and family friend Walter Hopps—who is perhaps most widely known for co-founding Los Angeles’s seminal Ferus gallery alongside Ed Kienholz—that the Pasadena Art Museum, which was in the process of becoming the Norton Simon Museum, was getting rid of all its old catalogues, Corcoran swooped in to purchase what she estimated to be about 750 books for $1 each. She then used these books as the seed to open the Los Angeles bookstore Art Catalogues, which specialises in exhibition catalogues and other art publications and which remains open to this day.

Art Catalogues began in the second-floor of a storefront on Santa Monica Boulevard in West Hollywood, above her then-husband James Corcoran’s gallery. From 2005 to 2009 it operated out of the Museum of Contemporary Art, from 2010 to 2019 it was based at the Los Angeles County Museum of Art (Lacma), and today it maintains an independent location in Culver City.

As a friend to the art world, Corcoran was beloved by artists, and famous around town for her dinner parties. She was a model for David Hockney, and once had her lower body molded and cast in bronze by Ed and Nancy Keinholz for what became the 1980 sculpture The Bronze Pinball Machine With Woman Affixed Also.

“I entered Los Angeles very late in its art history, and Dagny would tutor me about the old days,” Lacma director Michael Govan said in 2021, reminiscing on the store’s former location. “At Lacma she created a real social space; it felt like she was the secret director of the institution.”