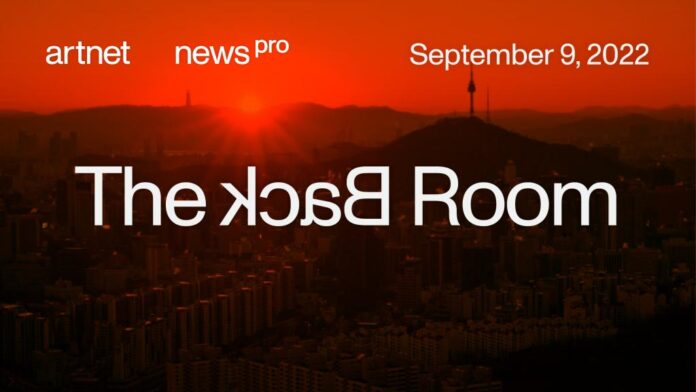 This week in the Back Room: Frieze Seoul from a great height, Mary Boone’s second act, PPOW beats the odds, and much more—all in a 7-minute read (1,904 words). 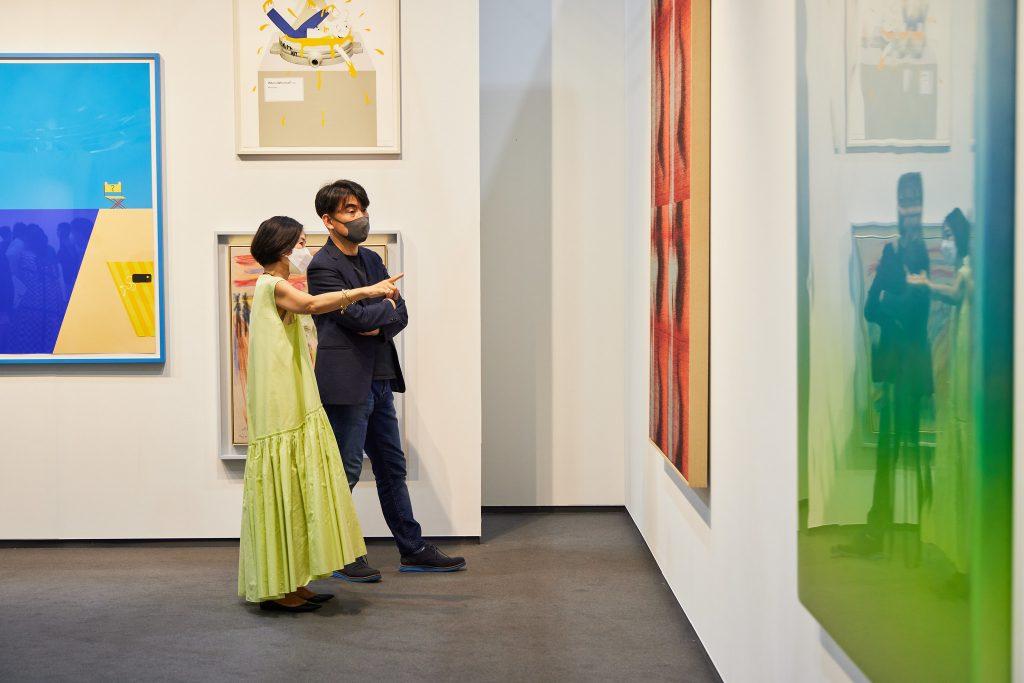 After months of anticipation, the debut of Frieze Seoul is officially in the books. So too is this year’s concurrent edition of veteran homegrown fair KIAF, its new digitally-focused sister expo KIAF Plus, and a throng of openings and special events that lived up to the standards of a grade-A international art week.

Does this mean Seoul is ready to replace a backsliding, still-travel-restricted Hong Kong as the global art world’s premier hub in East Asia? We think that’s the wrong question to ask.

Seoul and South Korea are unique and substantial. Approaching them first and foremost as a substitute for something else all but guarantees errors and missed opportunities for both sides.

Instead, let’s evaluate Seoul—the city and the art-world experience—on its own terms. In this spirit, below is our executive summary of what worked and what very much did not during a wild inaugural edition…

International dealers who laid advance groundwork: Relationships matter more in Korea than in many, if not most, other key markets. Galleries that spent months or (even better) years investing time, effort, and resources in the country tended to be rewarded with high-volume and higher-value sales last week than those who didn’t (see below).

Informed dealmaking: Whether they’ve been acquiring art for three generations or three months, Korean collectors (easily the largest contingent at the fairs) tend to take pride in having done the research. That knowledge base was on full display. Would-be buyers often wanted to go deep on galleries’ artists and programs before doing deals—perhaps one reason sales took a bit longer than normal to start flowing at Frieze. Once they did, they stayed steady.

Korea’s pro-art tax code: Remember, partly to redirect investment dollars away from real estate, South Korea implemented an uber-friendly tax structure for collecting: no import tax on artworks; no sales tax or capital-gains tax on works (except prints and photos) by living Korean artists sold for less than 60 million won (about $43,500); and a 22 percent tax on a mere 20 percent of any sale price higher than that. No wonder under 60 million won seemed to be an especially juicy slice of the sales pie, especially at KIAF.

Seoul’s global gallery scene: Last week hosted the premiers of new permanent spaces for Esther Schipper, Pace, Perrotin, and Thaddaeus Ropac (which sold most of its inaugural Anselm Kiefer exhibition for prices up to $1.1 million), while local powerhouses Gallery Hyundai and Kukje Gallery showed that American dealerships aren’t the only ones on par with museums. Expect more outsiders to touch down soon.

Overseas dealers who took Korea lightly: Several galleries were surprised to find that they couldn’t parachute into Seoul and sell based on their reputations alone. It was even worse for those who inexplicably tried to dump grade-B inventory (some of it shown elsewhere previously) on savvy local collectors. Anyone who thought that gamble would pay off should be embarrassed. Maybe KIAF wasn’t primarily to blame for the international exhibitors who complained that they still hadn’t sold a thing by Monday…

Inter-fair harmony: Frieze and KIAF, partners in Seoul and neighbors in the Coex Convention Center, said all the right things about each other publicly. But several Korean dealers expressed concern that Frieze and its exhibitors were siphoning attention—and possibly sales—away from their local counterparts.

Statistical clarity: Attendance at KIAF and KIAF Plus plateaued at 70,000, according to fair organizers—a more than 20 percent drop from last year’s recorded attendance of 88,000. But KIAF said last year’s figure was inclusive of repeat visitors, whereas this year’s was not.

Navigation and transit: Auto traffic around Seoul was a living nightmare throughout the week… and yet hunting down a taxi also took a Herculean effort by out-of-towners. (Allegedly, about 10,000 cab drivers quit to become delivery drivers during peak COVID.) Uber doesn’t operate in Seoul, either, and the app’s substitute licensed taxi-hailing service is mercurial, while local ride-hailing apps generally require a Korean credit card to set up an account.

Google Maps is largely useless there, too; local replacements are spotty at best when users type in English. And if you want to buy a subway or bus pass, get ready for a scavenger hunt only winnable with cash. Fun times!

The inaugural edition of any major new fair comes with a little extra friction. It was true for the first Frieze Los Angeles in 2019 (remember the parking problems and the backed-up VIP check-in?), and it will undoubtedly be true for the first Paris+ par Art Basel next month.

Frieze Seoul is no different in this respect. Fair organizers, government officials, and out-of-town participants will all learn from last week and do better in 2023.

Yet even if stakeholders managed to fix every single rookie mistake, it would still leave some larger structural questions unanswered.

Will enough overseas dealers and collectors put in the year-round work to build lasting bridges to South Korea’s art world? Will collectors from other Asian nations travel to Seoul at scale for a week’s worth of annual events, especially as Japan and Singapore try to power up their own art-market infrastructure? Does the state’s continued investment in arts and culture (see: another $3.6 billion promised over the next five years) guarantee that the art-friendly tax code will stay in place for good?

It will take years to find out. What can be said for certain after the first run is this: if the tremendous global potential in South Korea is going to be realized, everyone still has work to do.

[Roundup of All Reported Sales]

[Frieze and KIAF Artists to Watch] 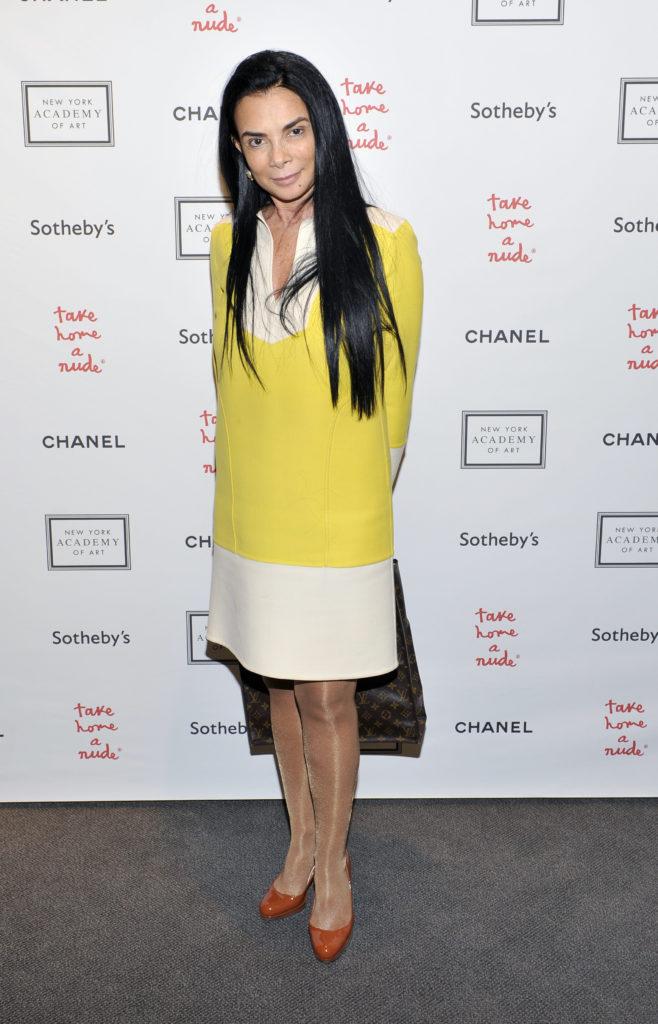 Plus, our trusty scribe takes a spin to former Marlborough Gallery scion Max Levai’s agrarian art space, the Ranch, in Montauk, with an all-star cast of art-world merrymakers led by O’Flaherty’s cofounders Jamian Juliano-Villani and Billy Grant (who are now circling a new spot in Andy Kaufman’s former apartment on Avenue D).

“It was really rude—people asking all the time, ‘Are you a not-for-profit space?’ … I couldn’t figure out why the heck people were asking this, and I recently realized it’s because we were showing underrepresented communities. And we were two women.”

—PPOW cofounder Wendy Olsoff on the early response to the gallery, which will roughly double the size of its Tribeca headquarters this month after nearly 40 years in business. (Artnet News) 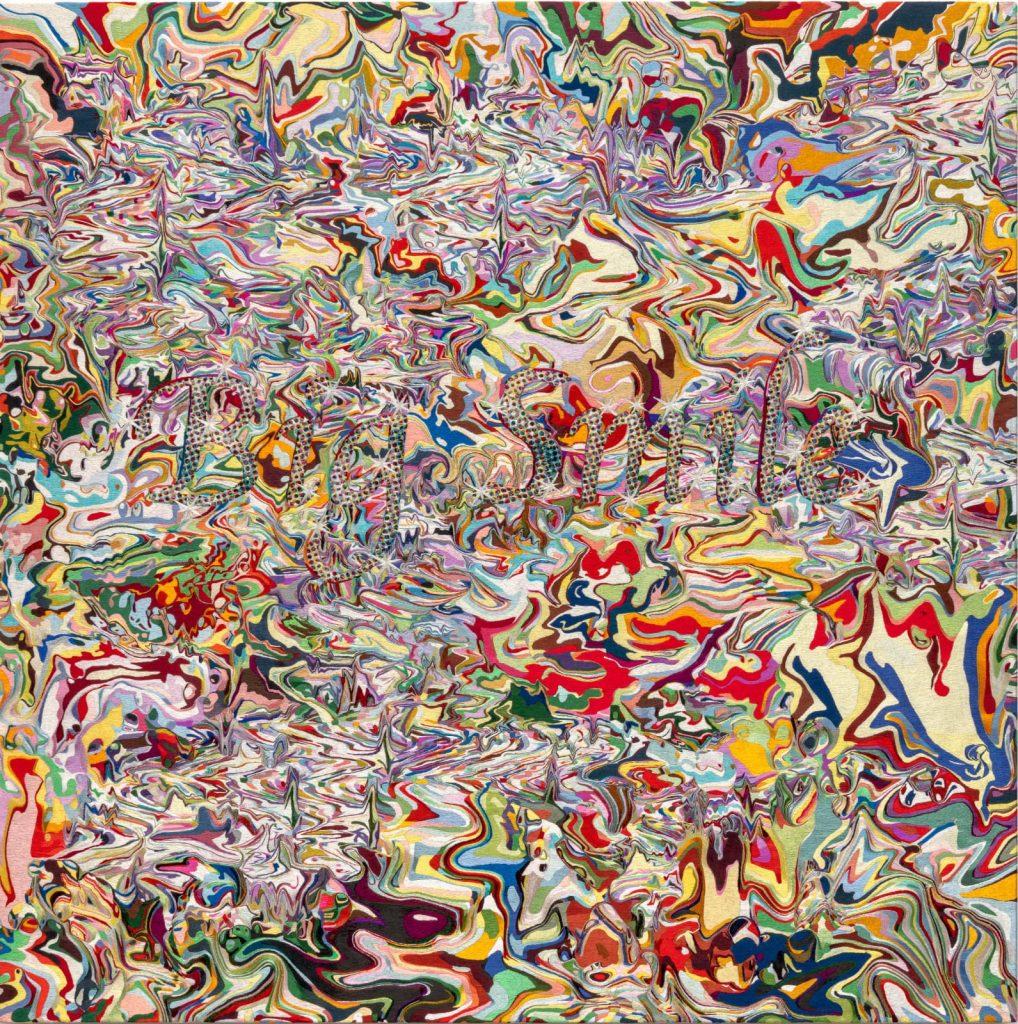 Kyungah Ham conceives designs for ornate embroideries (some embedded with messages anathema to the Kim Jong-un regime) that are couriered to North Korean artisans she has never met via professional smugglers. The smugglers then use bribes and subterfuge to transport the artisans’ impossibly lush handiwork back to her studio—that is, assuming the many dangers of the illicit cross-border trade don’t consume the artisans, the middlemen, or the artist herself first.

Despite some outside criticism of the ethics of her arrangement with the North Korean artisans, a growing number of Western institutions are eager to support Ham’s practice, too: the Victoria and Albert Museum will put the embroidery it acquired on view during Frieze London next month, and her works were included in both the 2020–21 Asia Society Triennial in New York and last year’s exhibition “Border Crossings: North and South Korean Art from the Sigg Collection” at the Kunstmuseum Bern.

The “Big Smile” embroidered into this piece is a directive given to participants in North Korea’s Mass Games, a regularly televised spectacle to honor the regime. While the work did not find a buyer during Frieze Seoul, Ham’s market is still strong. Her second solo exhibition with Kukje will be held in fall 2023. Based on the buzz in Seoul, don’t be surprised if another major entry gets added to her C.V. before this year is out.

Future of ArtPrize, the biggest contemporary art contest in the US, uncertain after board disbands