Home News Editors’ Picks: 12 Events for Your Art Calendar This Week, From a... 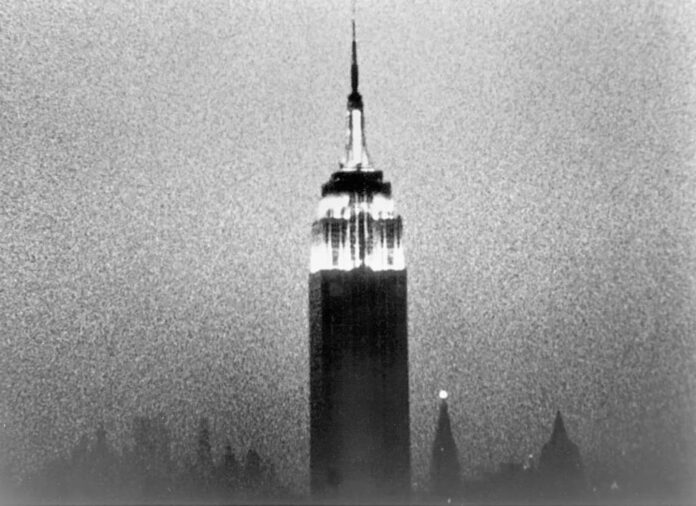 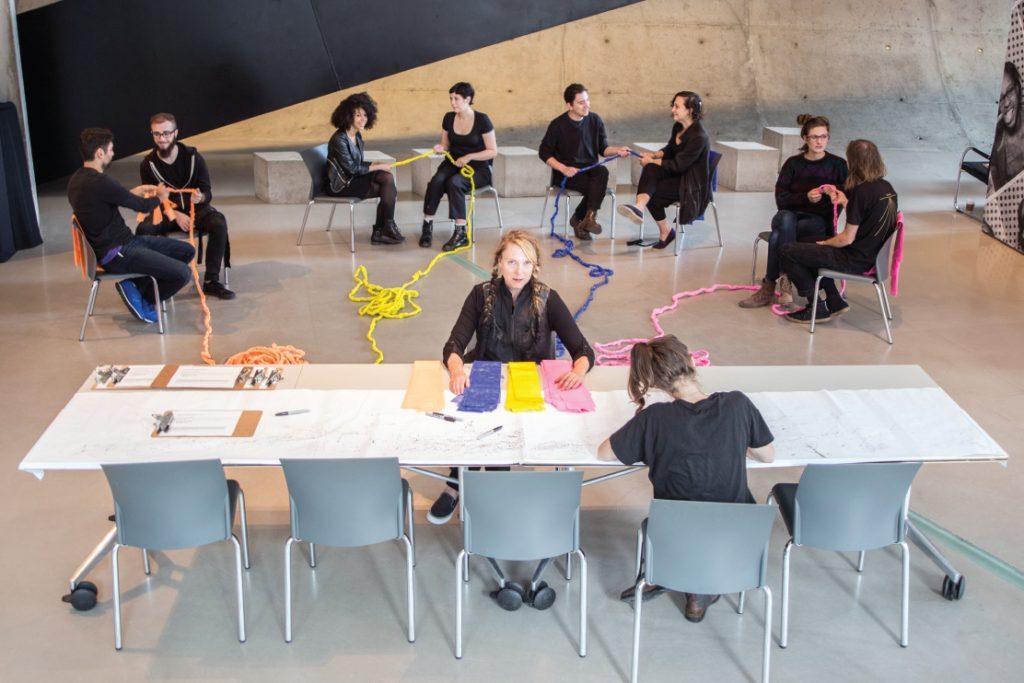 1. “MK Guth: Be Part of It!” at Cristin Tierney Gallery, New York

MK Guth will be in residence at Cristin Tierney Gallery for the first two weeks of her new exhibition, “Be Part of It!” (through August 12). It will be the artist’s latest hair-braiding performance, in which visitors are invited to weave silver satin ribbons inscribed with their names into the artist’s hair. Past works have been staged at San Francisco’s Yerba Buena Center for the Arts, the Whitney Biennial in New York, and Cosmopolitan’s P3 Studio in Las Vegas, where Guth’s braids each ended up more than 300 feet long, weighing hundreds of pounds. This time around, Guth will cut the braids on Saturday, July 23, and spend the second week of the residency (July 25–29) sewing them into sculptures. 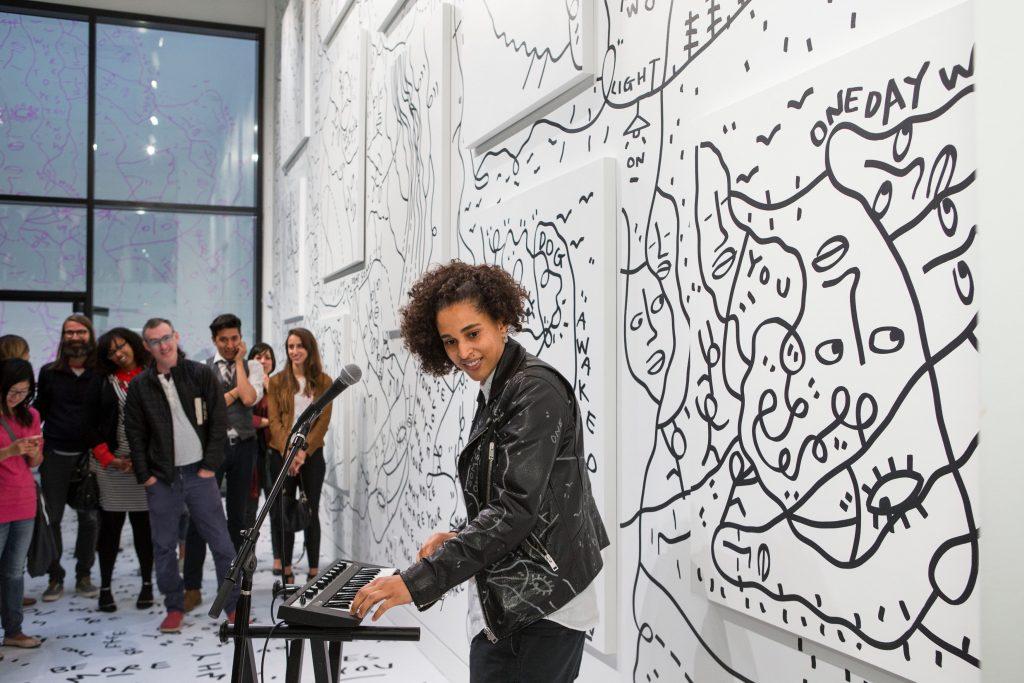 Shantell Martin performing at her opening at Chandran Gallery in San Francisco in 2017. Photo by Drew Altizer, courtesy of Fotografiska New York.

2. “An Evening With Shantell Martin” at Fotografiska New York

In its sixth-floor loft space, Fotografiska will host a musical performance by Shantell Martin, known for her simple yet compelling black-and-white line drawings, followed by a chat with author Jasmin Hernandez, editor-in-chief of Gallery Gurls. Martin will also sign copies of her new monograph, . 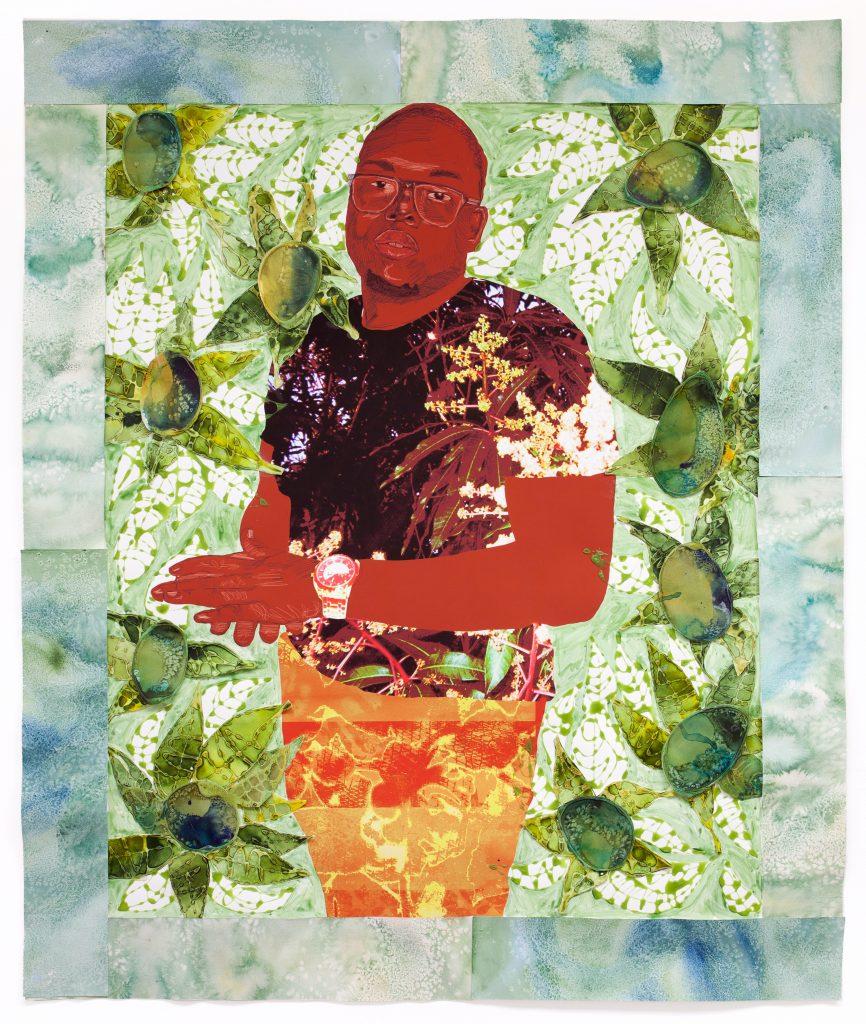 Mark Fleuridor, (2022). Courtesy of James Fuentes and the artist

James Fuentes presents a group show of 10 emerging stars curated by gallery artist Didier William. The show, a mix of paintings, sculptures, and photographs, tries to capture what gets lost in representation. 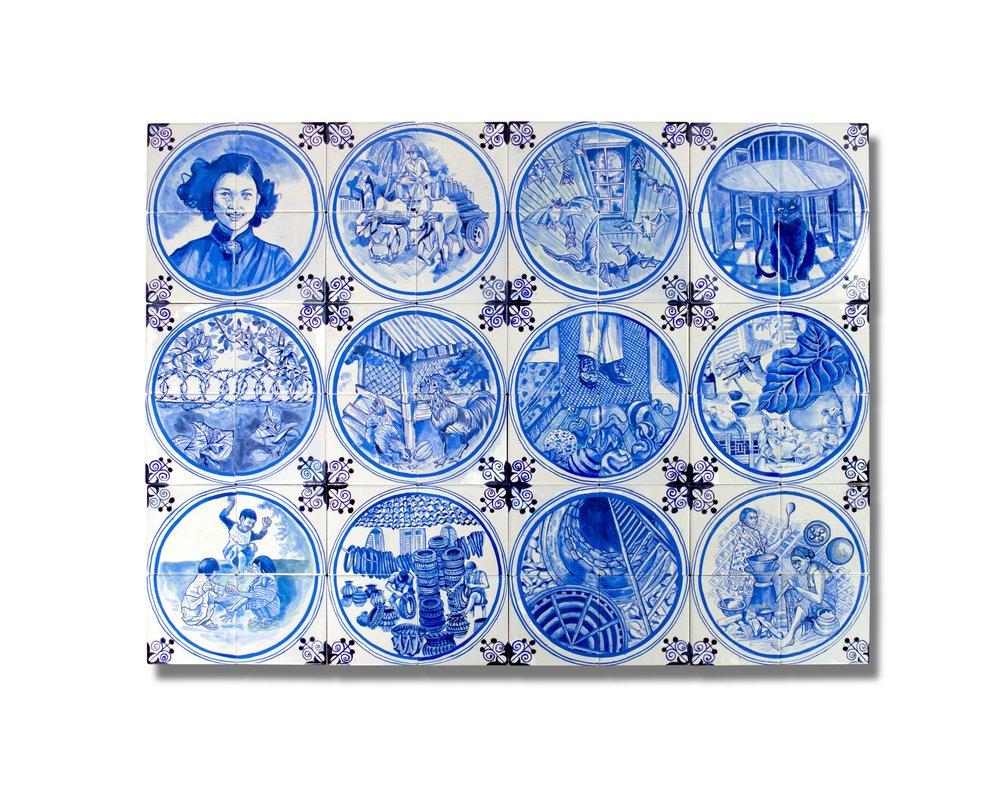 Don’t miss the Queens-based, Indonesian artist’s solo exhibition at Deanna Evans Project this week. In one of her recent visits to her home in Chinatown, East Java, Sidharta became strongly aware of the Dutch-Chinese aesthetic influence on Indonesian culture. In this show, she uses the “Delft Blue” ceramic tiles that were extremely popular in the Netherlands in the 17th and 18th centuries and were directly appropriated from Chinese and Japanese culture, to “reclaim a kind of stylistic ownership of the materials.” 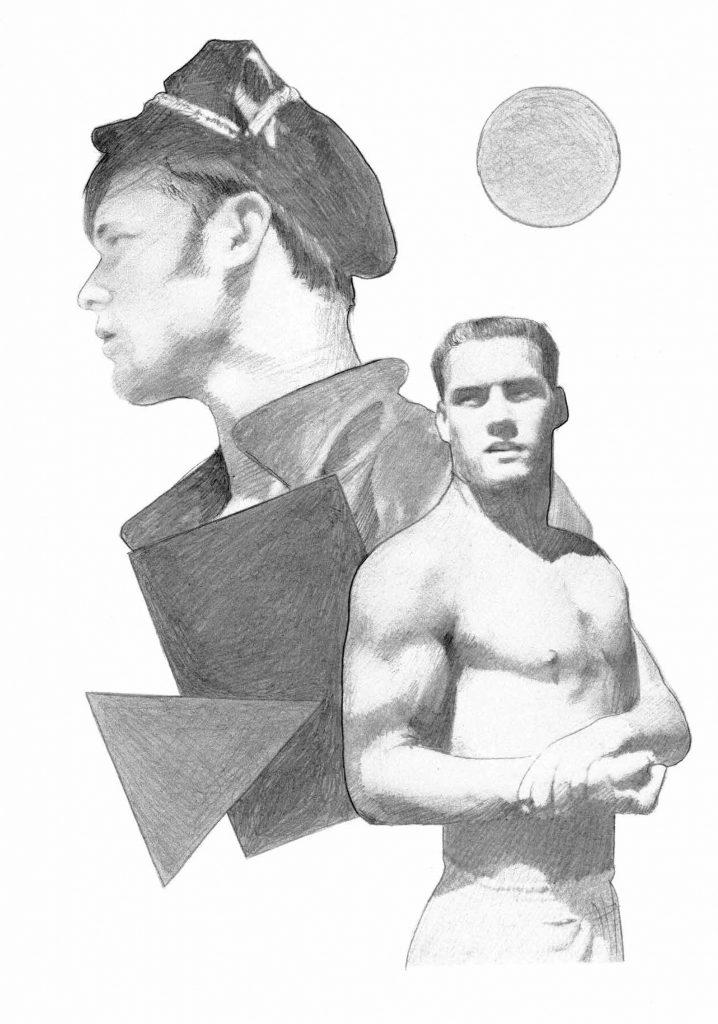 5. “All Together Catalogue Release Party” at 154 Scott Avenue, Brooklyn

“All Together,” a now-closed group exhibition including works by over 70 LGBTQ artists from the Tom of Finland Foundation‘s permanent collection, lives on in the catalogue for which this party is organized. Divided into two presentations (one in Venice, the other just outside of Paris), the shows covered the waterfront of homoeroticism and the male form, as well as a gung-ho machismo that now reads as anachronistic (and totally hot!). The event celebrating the publication is hosted by catalogue contributor Michael Bullock of magazine, and participating artists Gio Black Peter and Silvia Prada, who will also be DJing. The hefty catalogue—for sale for €25 ($25.30, plus shipping) through [email protected]—proves that some of the show’s artists were clearly Tom of Finland disciples. His influence was more subdued in others. But it would be hard to find a gay artist who isn’t in some form a descendent, as so many rivulets trace back to his source. 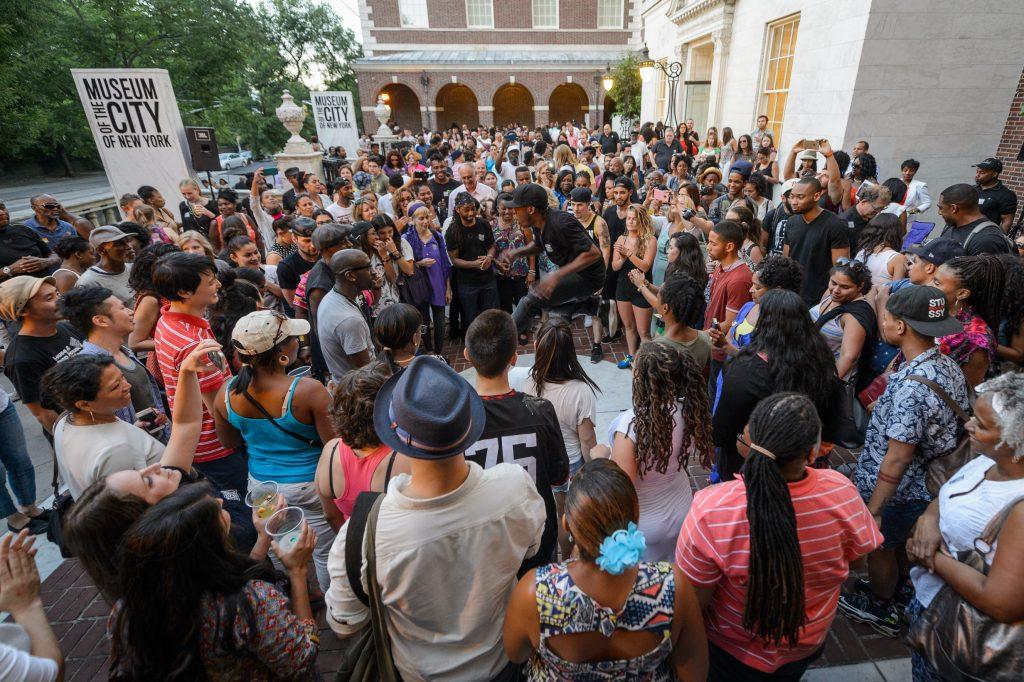 The Museum of the City of New York’s free summer block party series returns to the institution’s front terrace with a 1990s-themed affair featuring tunes courtesy of DJ Misbehaviour of Mobile Mondays. There will also be models on hand wearing designs from Harlem’s custom clothing company, 5001 Flavors, which is celebrating its 30th anniversary, and a chance to see the museum’s current slate of exhibitions after hours. 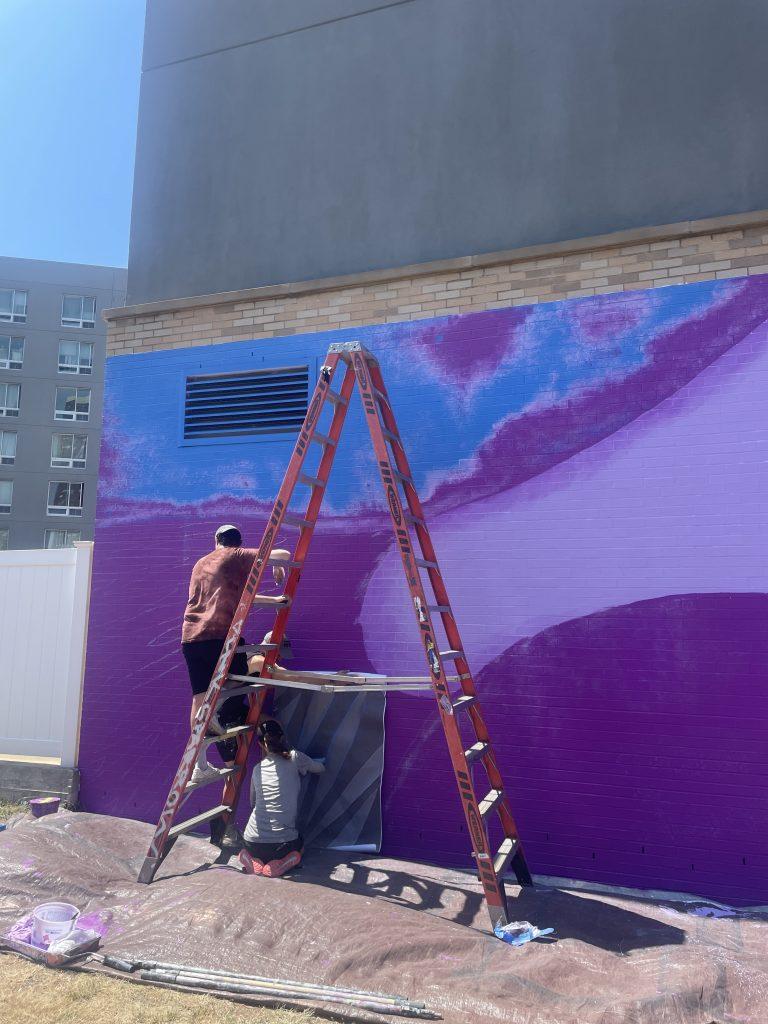 Join the Rockaway Community in painting a mural designed by Brooklyn-based artist Julia Chiang. The project is open to kids and adults, and there will be free music and refreshments, including light bites. The murals are a collaborative project between Julia Chiang, the Rockaway Hotel, the Jamaica Bay-Rockaway Parks Conservancy, and Arker Companies. Chiang’s two large murals, will will be unveiled at the end of July, mark the artist’s public art debut.

8. “To Live Is to Paint: Wilhelmina Weber Furlong, Dorothy Dehner, and American Modernism” at the Art Students League, New York

Post-impressionist Wilhelmina Weber Furlong (1878–1962) and Modernist painter and sculptor Dorothy Dehner (1901–1994) met at the Art Students League in 1924. Nearly one hundred years later, the school explores their friendship and their shared artistic influences from across Europe and, closer to home, Upstate to Lake George. Sadly, both women’s artistic accomplishments were largely overshadowed during their lifetime by their artist husbands, Thomas Furlong and David Smith—an injustice that curator Jillian Russo hopes to help rectify. 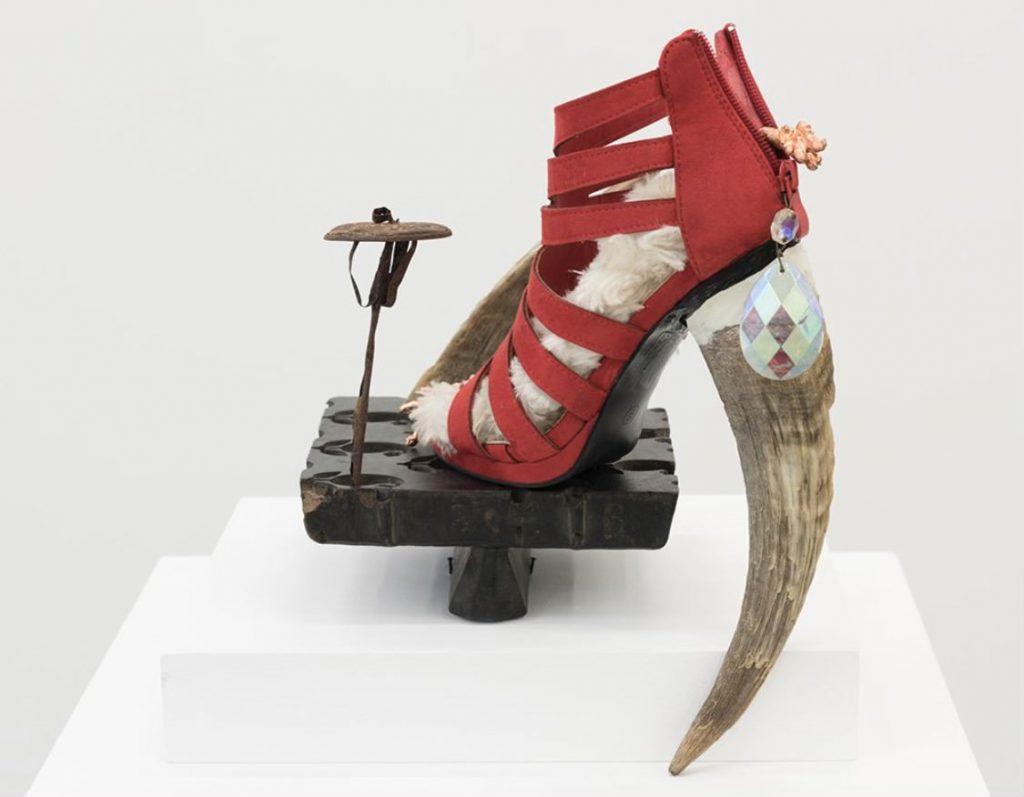 9. “Staged” at Club Rhubarb North in the Catskills

The multimedia artist Tony Cox has made lemonade from the lemons of the housing crisis. Cox, whose graphic abstracts often incorporate fibers and sewing, has resided in Upstate New York for nine years. After his landlords enlisted realtors to show the place, Cox (who apparently doesn’t watch HGTV), learned about “staging” a listing, which inspired a farewell group exhibition. “I wanted closure,” he says, “and the only way I’d clean out my studio and archive was to do a show.” Cox assembled a refreshing survey of his eclectic circle, including works by Matthew Ronay, Joe Roberts, Sahar Kfoury, and Sal Salandra, whose homoerotic “thread paintings” were recently shown at the Lower East Side’s Club Rhubarb, Cox’s DIY living/gallery space.

Location: Club Rhubarb North is in a mystery locale near Catskill Mountain
Price: Free with RSVP
Time: Schedule a viewing time that best suits you, Cox is pretty easygoing 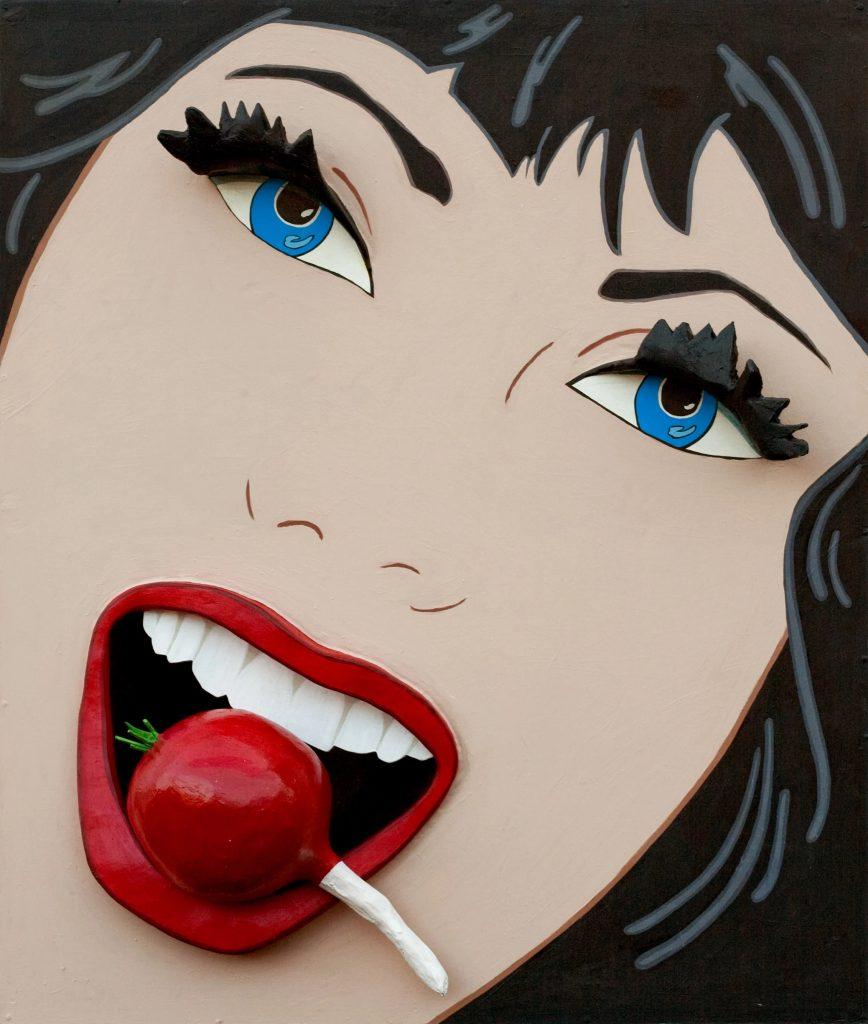 The Jewish Museum examines how New York artists were inspired by a three-year period that saw Cuban Missile Crisis in 1962, the March on Washington in 1963, and, later that same year, President John F. Kennedy’s assassination. The show features everyone from Robert Rauschenberg to Faith Ringgold, Merce Cunningham to Marisol, and Mark di Suvero to Yayoi Kusama. The exhibition will be accompanied by pair of film series covering the same three year period. At Film at Lincoln Center, “New York, 1962–1964: Underground and Experimental Cinema” (July 29–August 4), will showcase work by filmmakers including artists Jonas Mekas, Carolee Schneemann, Andy Warhol, and Stan VanDerBeek. At Film Forum, “1962…1963…1964” (July 22–August 11), takes a look at more mainstream movies produced across the globe, including , , , and . 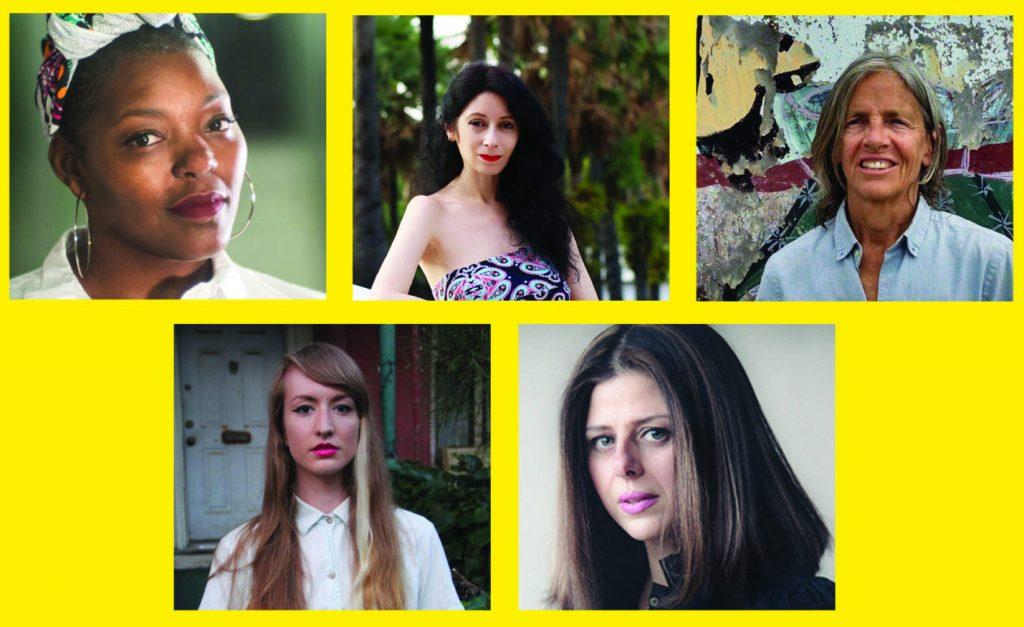 11. “All of the Sky: Five Poets, Five Saturdays” at the Aldrich, Ridgefield, Connecticut 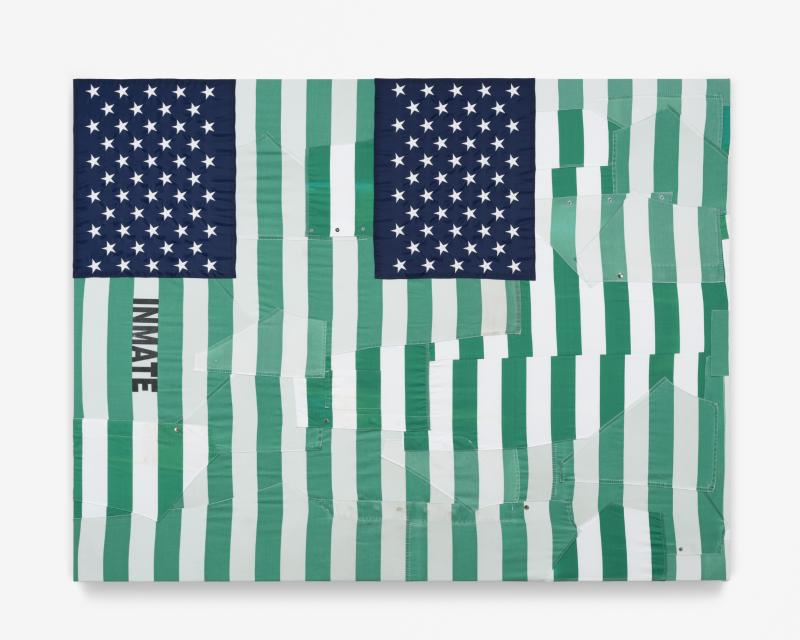 Hank Willis Thomas has curated this group show featuring For Freedoms, the artist coalition he co-founded with Eric Gottesman to promote civic engagement, discourse, and direct action. Along with Thomas’s own work, the exhibition, which extends to digital billboards on nearby Sunrise Highway, features Zoë Buckman, Pamela Council, Jeremy Dennis, and Jeffrey Gibson, among others. Many of the works, which range from mixed media and sculpture, to site-specific installation, were created specifically for the show.