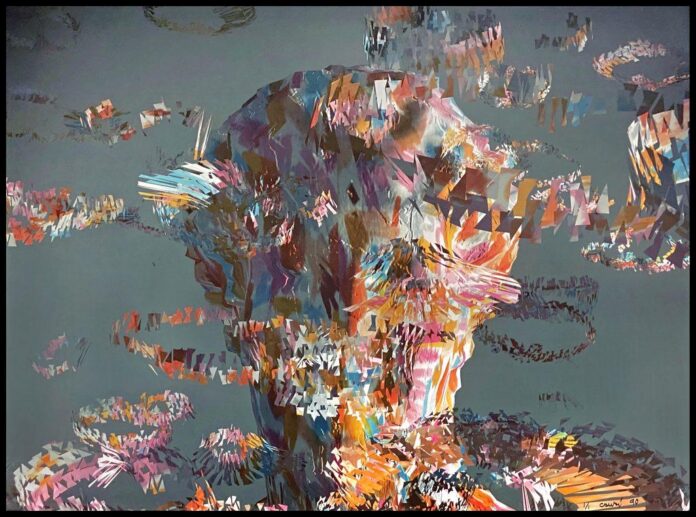 Market interest for digital art has soared in the past few years as a result of a rapidly increasing number of exhibitions, critical writings, auction results, and the growing number of artists working in the digital realm.

As this historically overlooked genre continues to take the art world by storm, it’s crucial to look back at the founding fathers of the digital and generative art movement. Among them is Charles Csuri, the artist, scholar, professor, and unstoppable inventor began creating digital artworks in the 1960s, and whose work entered MoMA’s permanent collection in 1967. Now, three of his works are available in Contemporary Finds on Artnet Auctions.

Csuri first became interested in mathematics and technology while serving in the United States Army in 1944. Galvanized by his wartime enlightenment, he returned to academia, earning a Master of Arts degree from Ohio State University in 1948 and subsequently becoming a member of the school’s Department of Art faculty. He stayed on for the next 40 years, eventually becoming Professor Emeritus in 1990. Csuri’s vivid artistic exchange with Roy Lichtenstein originated here.

The present lot, Birds in the Hat (1968), presents an iconic example of an early plotter drawing, a printing technique that allowed for an ink pen to be guided by digital input. Executed using an IBM 7094 computer and a drum plotter, this work mathematically transforms a drawing of birds playing around a hat into series of images in which the birds progress to dance in phases, split throughout the horizontal composition. Birds in the Hat epitomizes the artist’s interest in image transformation as analogous to the transformation of the human spirit. 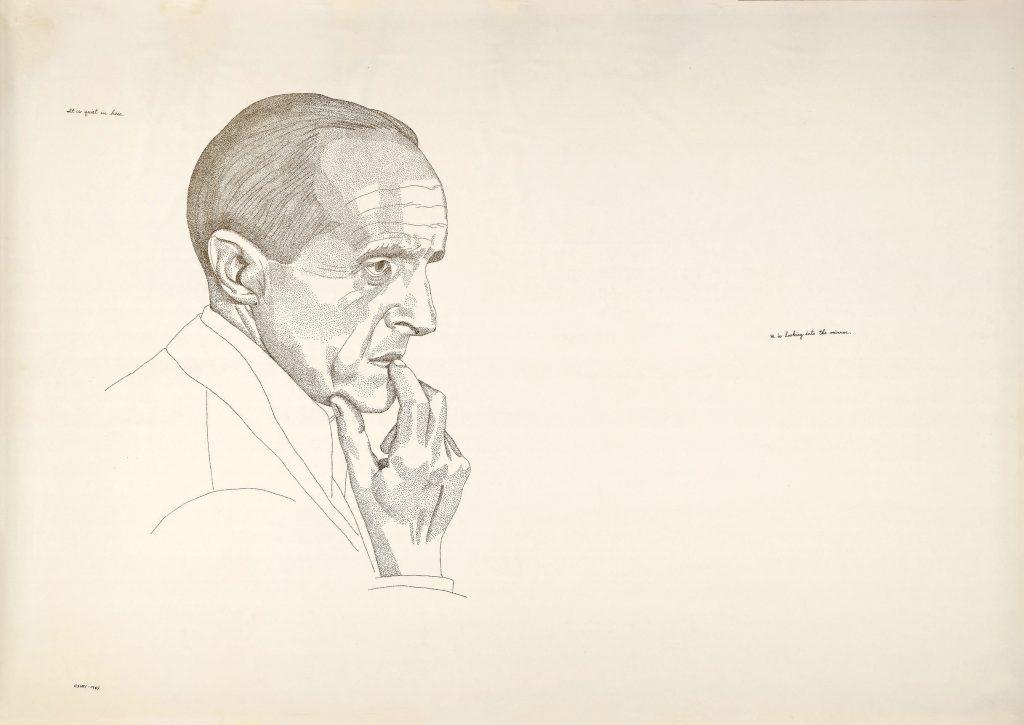 Another of Csuri’s works, (1965), appears as a line drawing. But take a closer look and you’ll see that the image was created from a sequence of single dots. This piece exemplifies the artist’s desire to imitate machinery. The portrait depicts computer inventor Douglas Engelbart, who had a strong influence on Csuri.

The Muse (1990, on view at the very top of this page) is an example of Csuri’s later work, combining heavy impasto painting with 3D rendering in a technique called “texture mapping.” The effect is created by a groundbreaking process in which the artist maps the surface of his oil paintings, translating the ridges and valleys of paint into data. Historian Maurizio Calvesi highlighted this piece in a 1990 volume of Art Dossier, discussing Csuri’s close ties to New York artist circles around figures such as Roy Lichtenstein and Allan Kaprow. Csuri also posed for George Segal’s famous sculpture, The Diner.

Csuri’s works first debuted at auction earlier this year on the heels of his death in February. And as interest in digital art continues to expand, so too does the market for Csuri’s work.