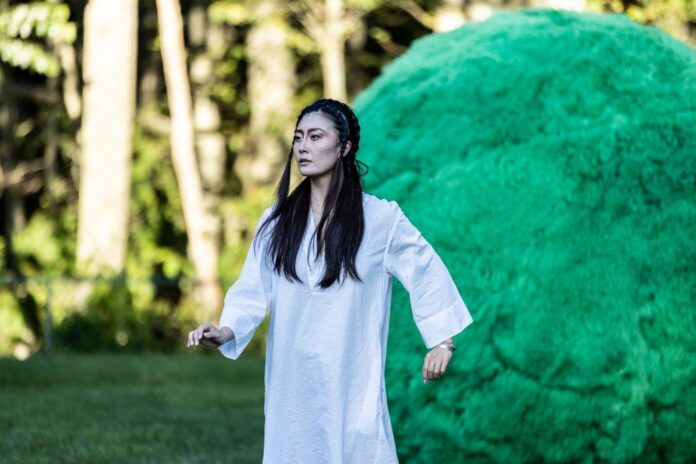 Hosted by visionary impresario Robert Wilson at his glorious 10-acre art residency and performance lab in Water Mill, New York, the event welcomed luminaries including Lucinda Childs, Kyle DeWoody, Marc Glimcher, Roselee Goldberg, and Carrie Mae Weems. Attendees chatted about their latest acquisitions, NFT drama, and other buzzy topics while sipping on Maestro Dobel tequila cocktails. It was a grand party and excuse to dress up, but art and performance—as curated by the center’s Noah Koshbin—were the main stars.

The annual gala also served as the opening party for two summer exhibitions. On view within the center’s galleries was a Christopher Knowles career survey, as well as vivid paintings by Robert Nava. Outside as the sun set, guests wandered the manicured grounds and adjacent forest to chance upon different performance art tableaux and installations.

The first of the exterior standouts was British artist Hollie Miller’s performance. She was covered in clay and camouflaged amongst a stage of rocks, which she balanced upon and intermittently smashed. Primal and prehistoric, Miller was captivating. Elsewhere, in “Standing on the Moon,” Adam Parker Smith’s presentation of a sculpture series previously shown at The Hole gained new resonance when displayed in pastoral surroundings beyond the white cube. His eerie, sleeping-bag-esque sarcophagi (actually made from resin, steel, and urethane, rather than nylon and down fill) were illuminated and interspersed between trees.

The night ended with a good old-fashioned barn raising, with dozens of volunteers pitching in and pulling ropes to hoist Japanese artist Tsubasa Kato’s ark-like structure and make it stand. Art connoisseurs really know how to raise the roof.

Below are some highlights from event. 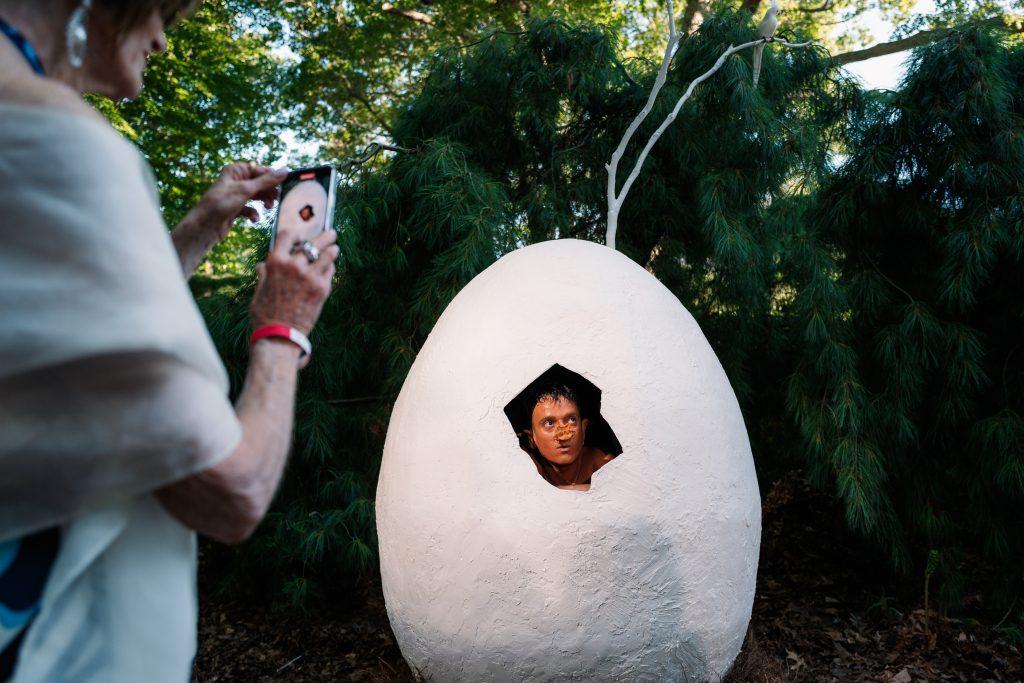 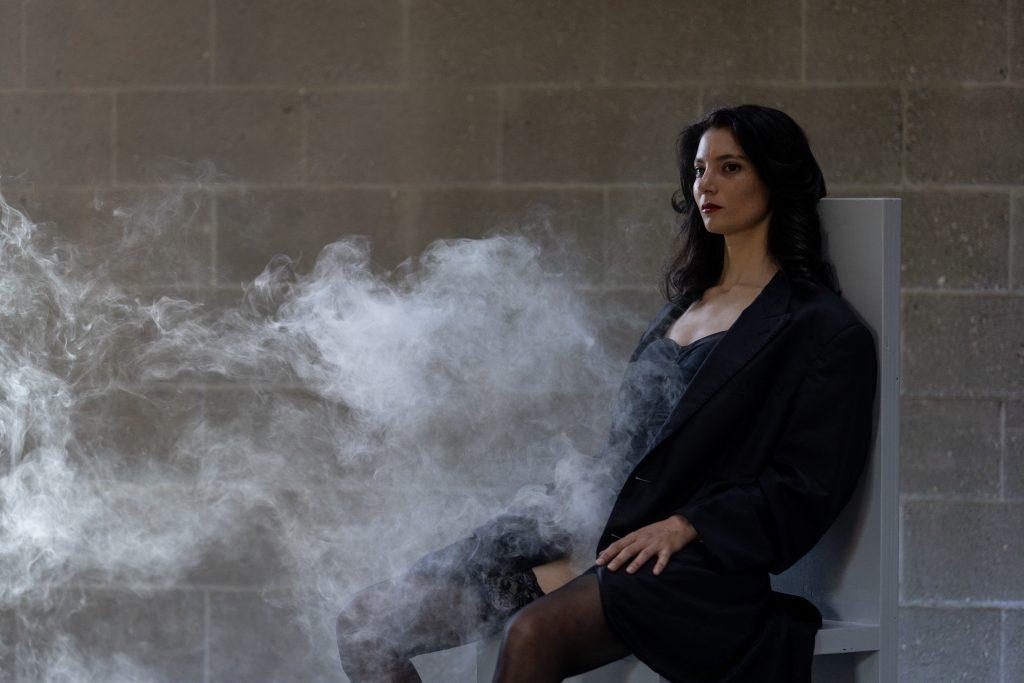 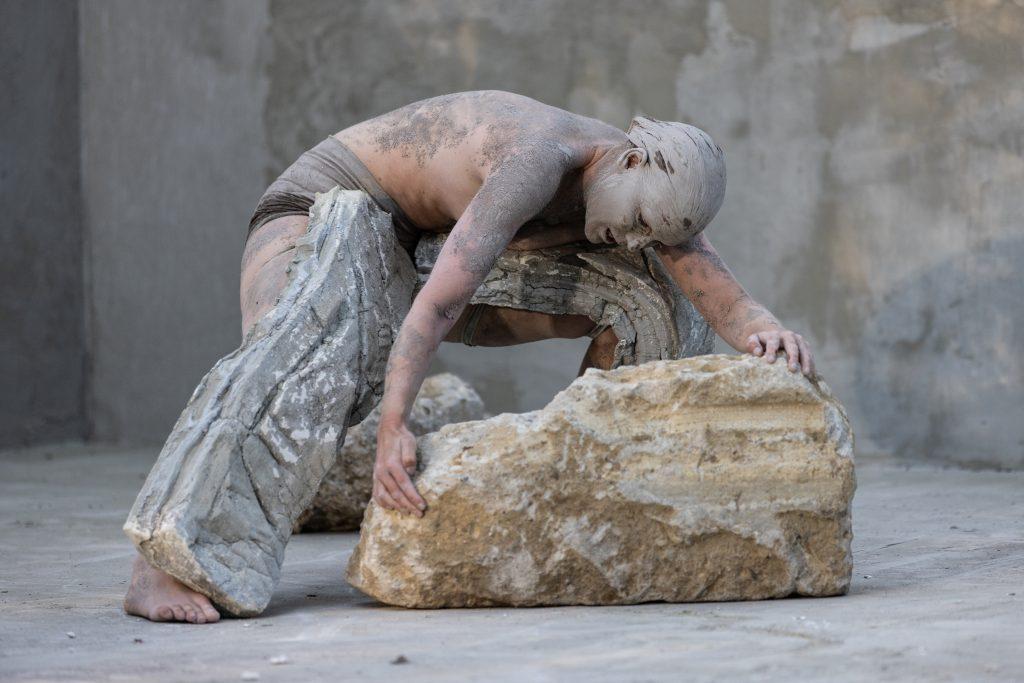 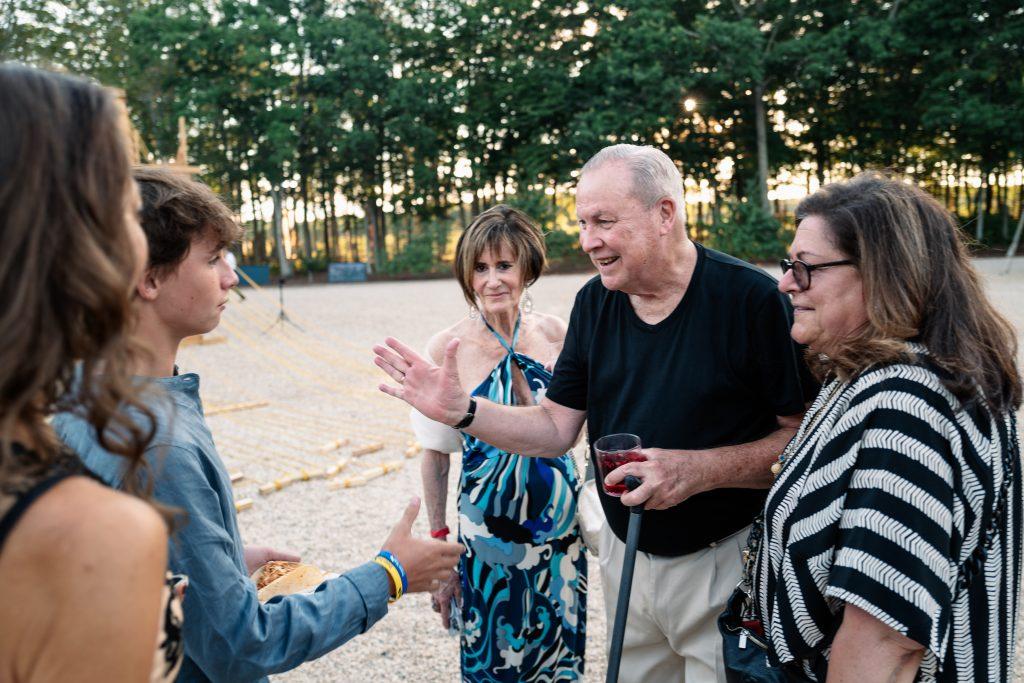 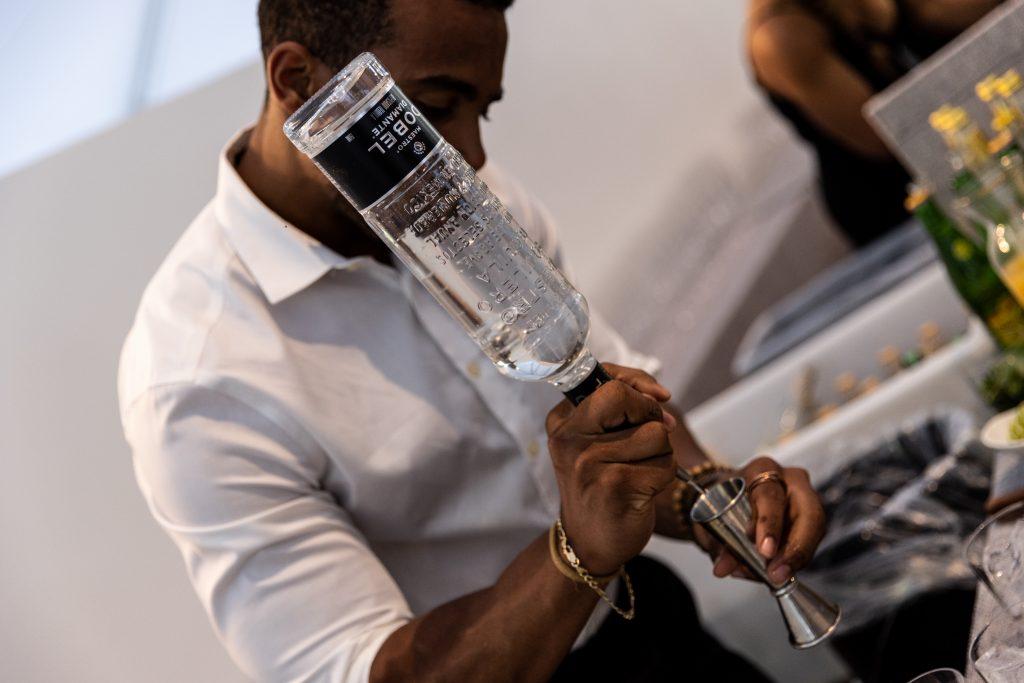 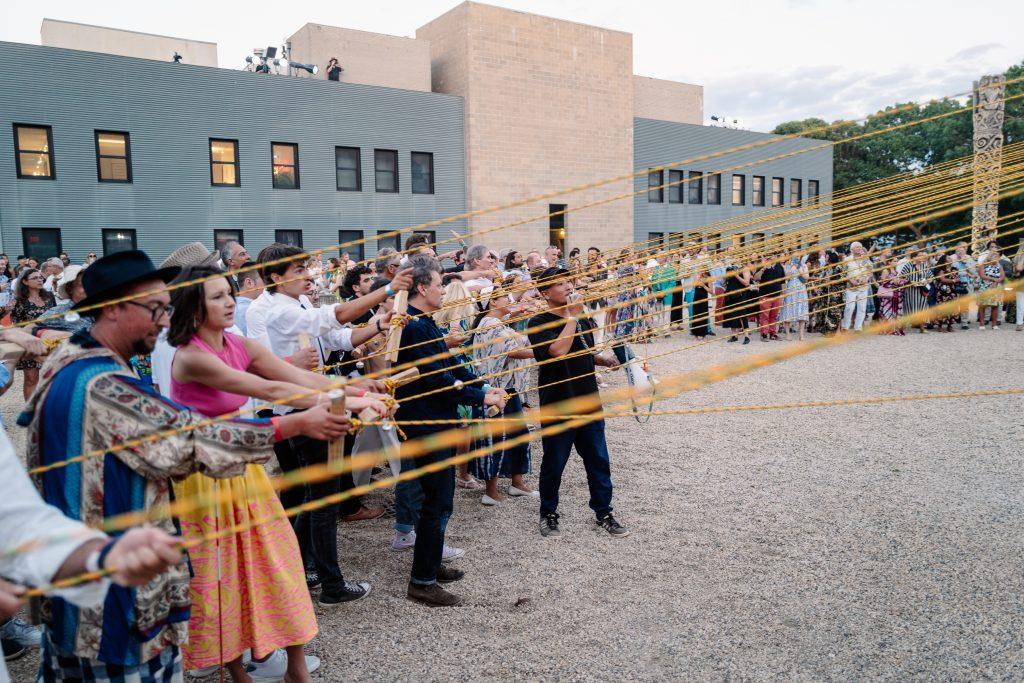 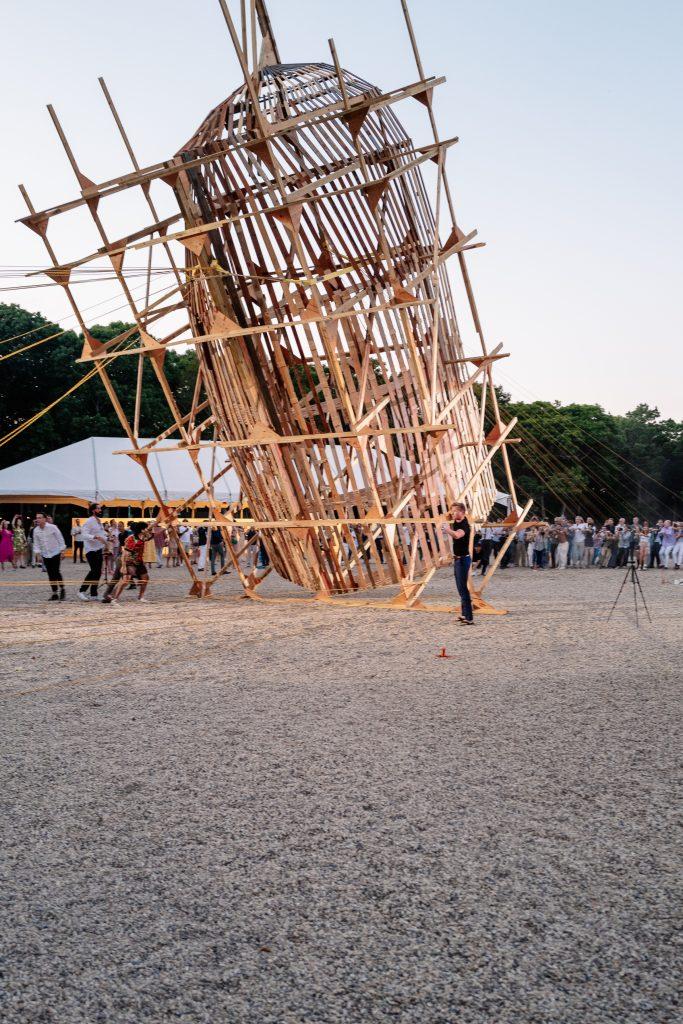 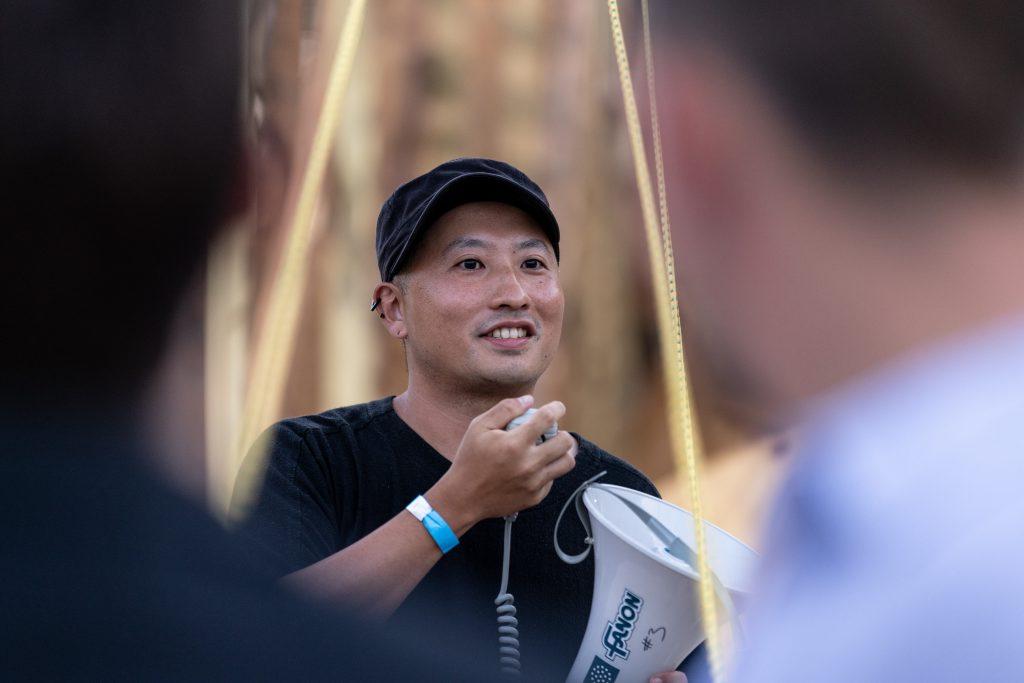 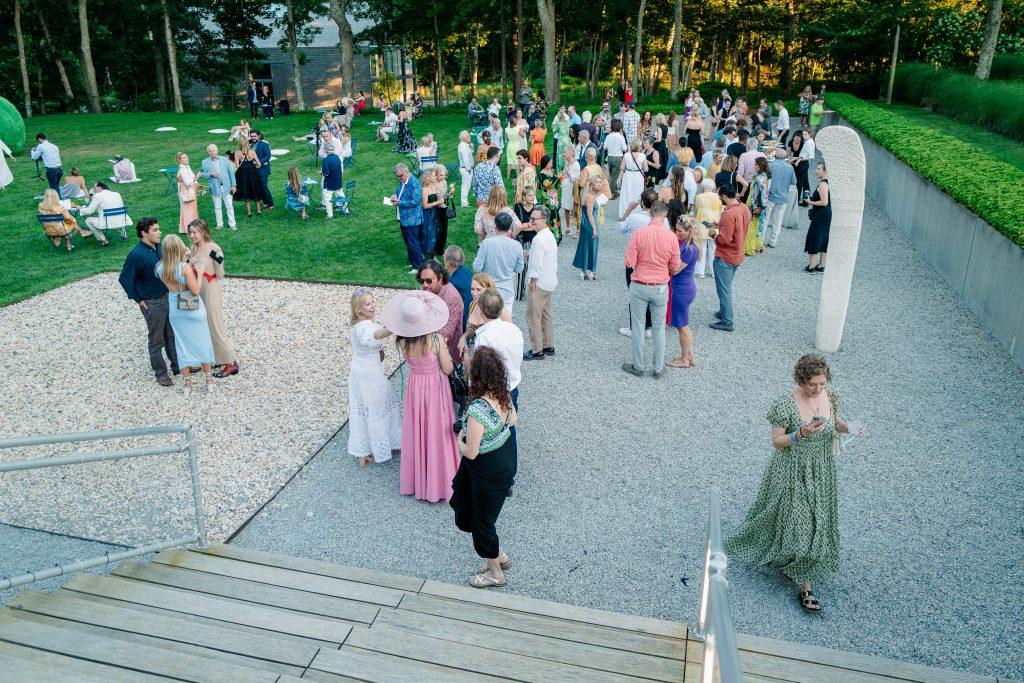 Dressed for the occasion: Guests mill about at Watermill. Photo: Jason Crowley/BFA. 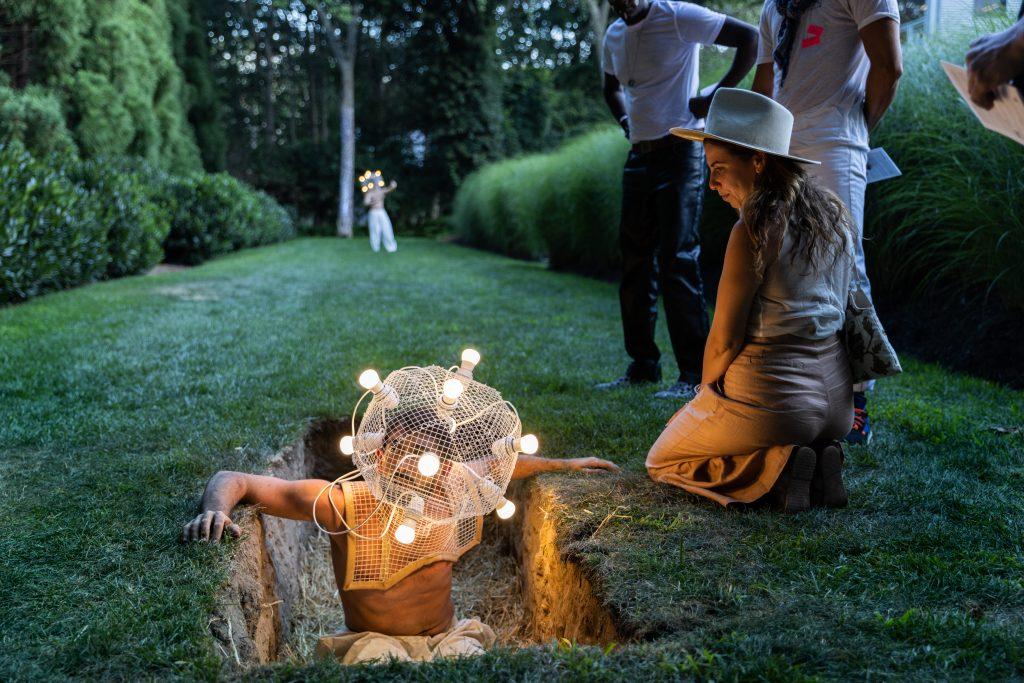 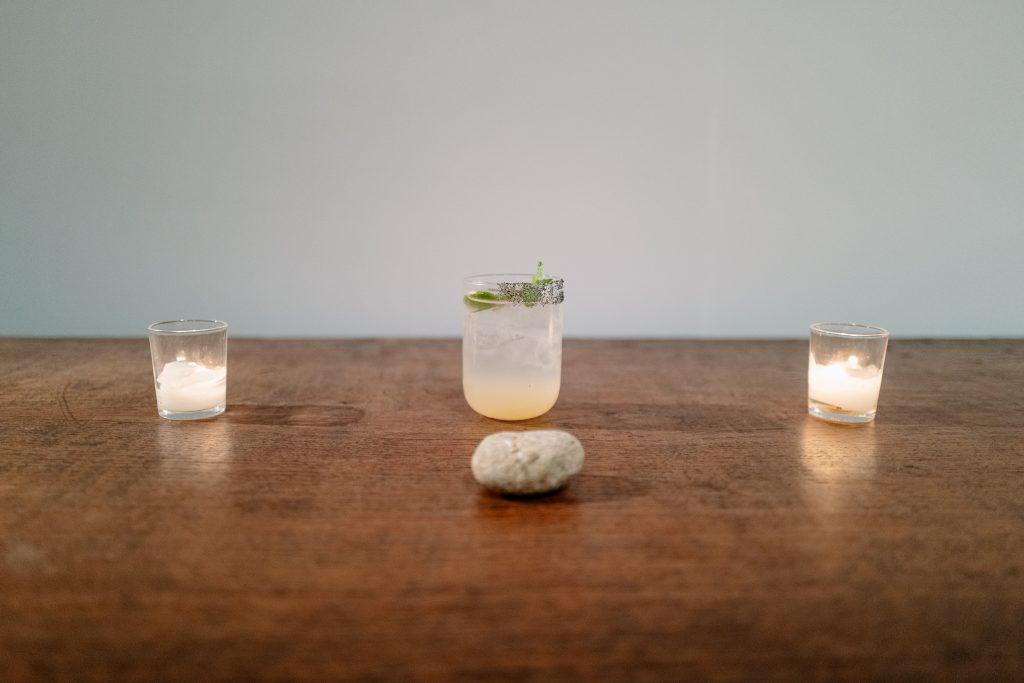 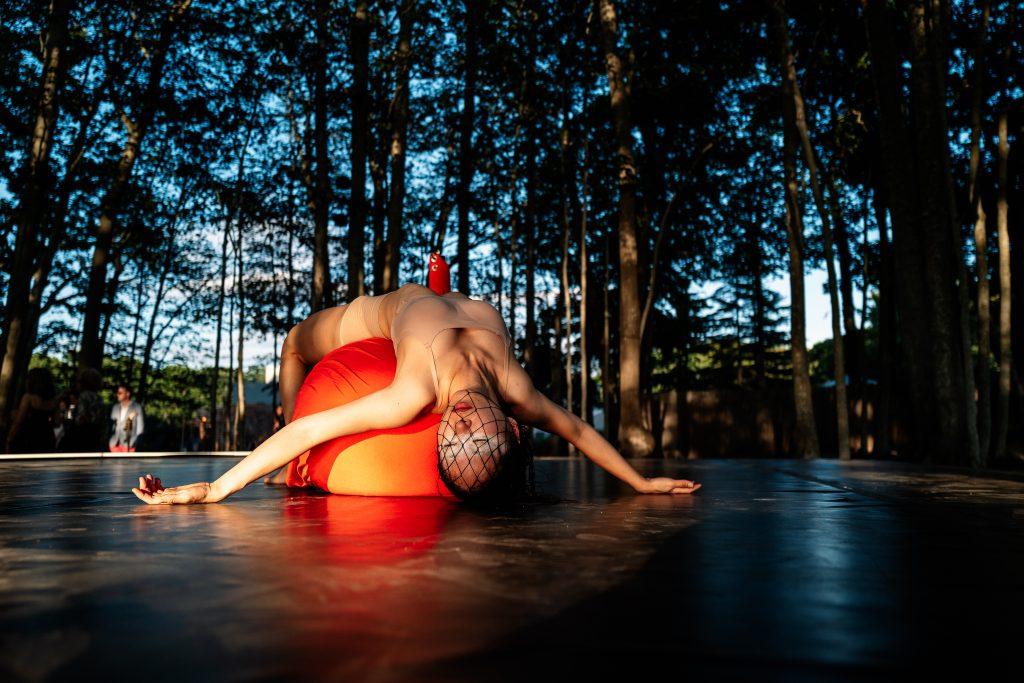 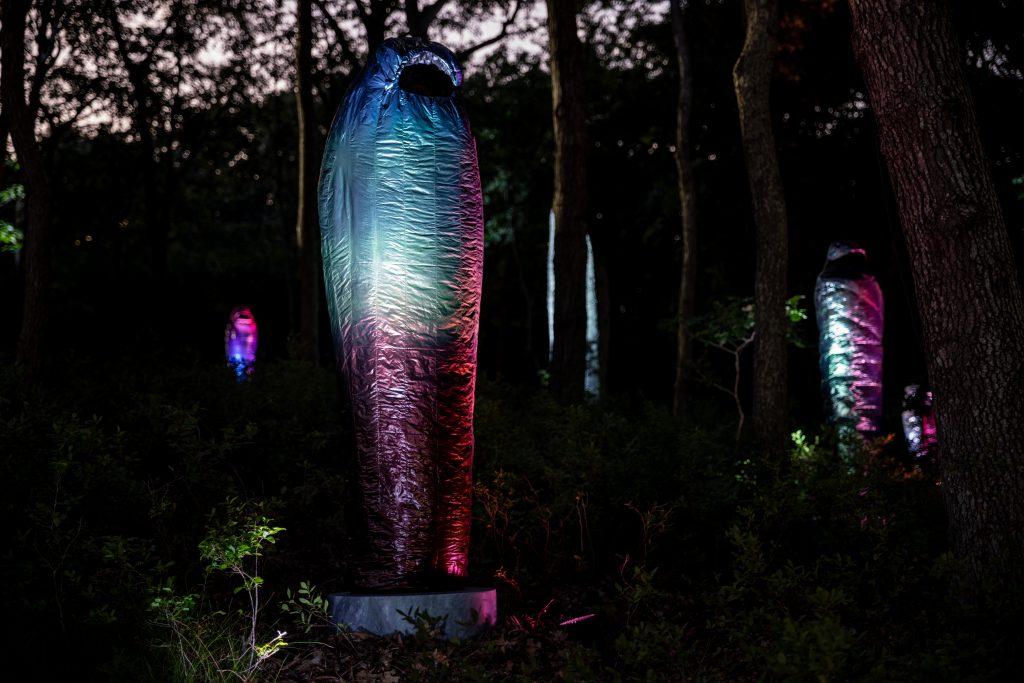