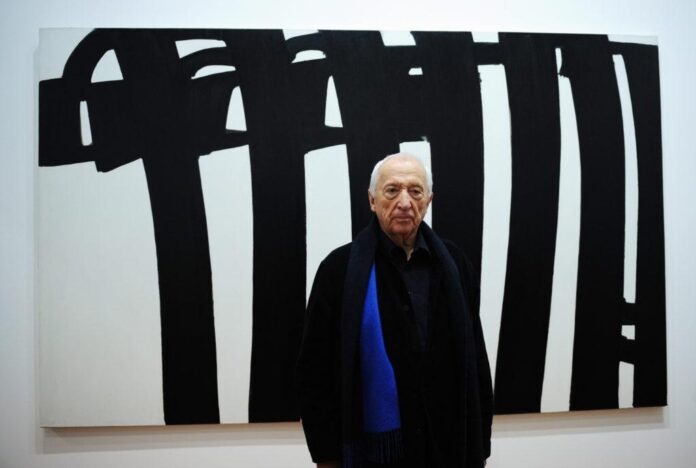 Pierre Soulages, the abstract French painter who for more than 40 years dedicated his work solely to the color black, has died at the age of 102. The news was announced by the Musée Soulages in his hometown of Rodez, France.

“Black has been fundamental for me since childhood,” Soulages told the  in 2014.

In the same story, the called Soulages the most financially successful living artist in France. That year then-President Francois Hollande also proclaimed that Soulages was “the world’s greatest living artist.”

At the time, the artist’s average auction price had increased more than 500 percent over the previous decade—and the demand has only continued to go up. Soulages’s auction record skyrocketed from £4.34 million ($6.6 million) in 2013 to $20.1 million at Sotheby’s New York last November, according to the Artnet Price Database.

France’s current president, Emmanuel Macron, weighed in on the artist’s death in a Twitter post, saying “Pierre Soulages was able to reinvent black by revealing the light. Beyond the dark, his works are vivid metaphors from which each of us draws hope.”

Following earlier work that contrasted black with other colors, the artist embraced his signature shade in , or “beyond black” paintings, thanks to a work he initially dismissed as a failure. But the canvas wasn’t actually the “black swamp” that it appeared to be—the thick strokes of paint were reflective, Soulages realized.

“Light comes from the color that is the absence of light,” he told press at the 2009 opening of his show at the Pompidou Center in Paris—the largest the institution ever dedicated to a living artist. The resulting interplay of light and reflection in his paintings, he explained, creates “a new mental space” for the viewer. 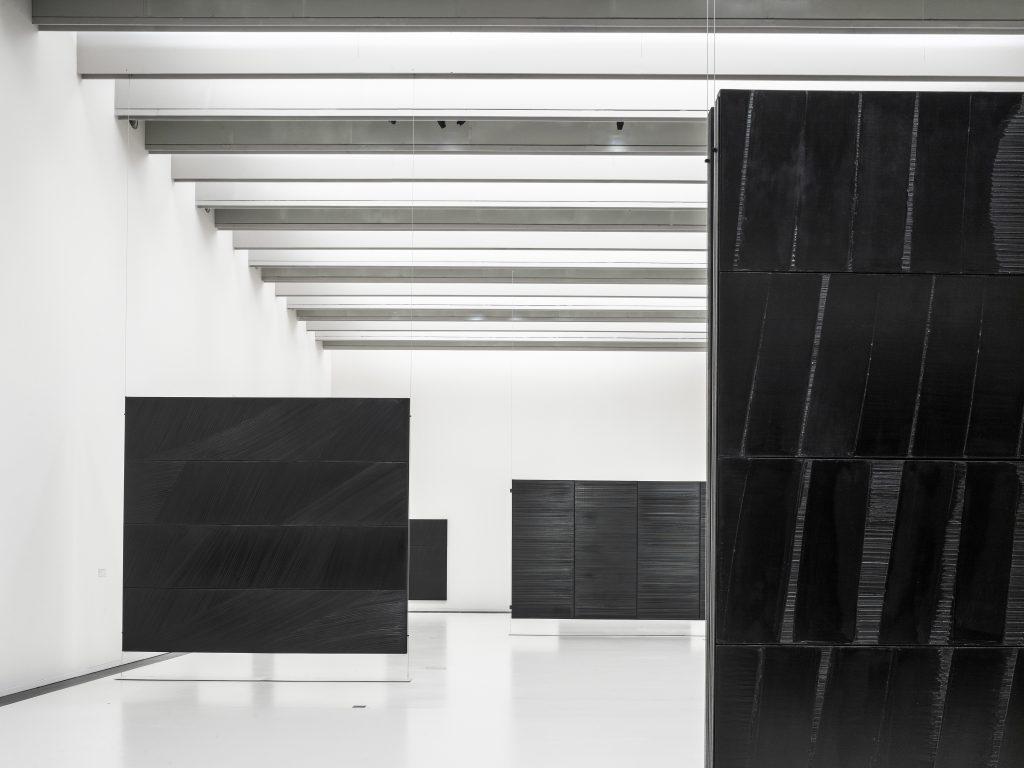 “I love the authority of black, its severity, its obviousness, its radicalism,” Soulages told Agence France Presse in 2019. “It’s a very active color. It lights up when you put it next to a dark color.”

Soulages continued to paint regularly, even as he hit his 100th birthday in 2019, celebrating the occasion with a major retrospective at the Louvre in Paris. In 2017, he left Paris to move full-time to the summer home in Sète, which he had purchased some 60 years earlier.

Represented in the collections of more than 110 institutions, including the Solomon R. Guggenheim Museum and the Museum of Modern Art in New York and the Tate Gallery in London, Soulages was also the first living artist exhibited at the Hermitage Museum in St. Petersburg. 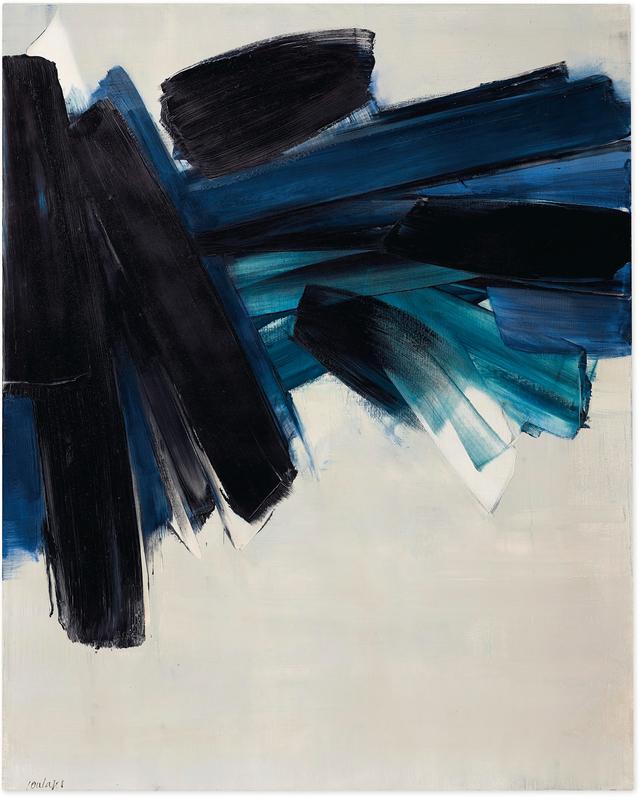 He first showed in New York in the 1950s with dealer Samuel M. Kootz, rubbing shoulders with the New York School artists from the then-burgeoning Abstract Expressionist movement. But the gallery closed in 1966, and Soulages never quite matched the fame he had achieved at home in the U.S.

“He’s history and he’s contemporary at the same time,” Emilio Steinberger of New York’s Lévy Gorvy Gallery (now part of LGDR), which began representing Soulages in 2014, told the in 2019. “He was friends with Giacometti and Rothko; he started when Pollock just started pouring paintings. You’re talking to someone who was at the center of history in Paris and in New York and at the moment is still a very contemporary artist. There’s almost nobody else like that.”

Soulages is survived by his wife of 80 years, Colette Soulages, age 101.

‘With the Wrong Prints, Your House Could Look Like a Dentist’s Office’: Collector Ralph DeLuca Shares His Insider Tips at the IFPDA Fair