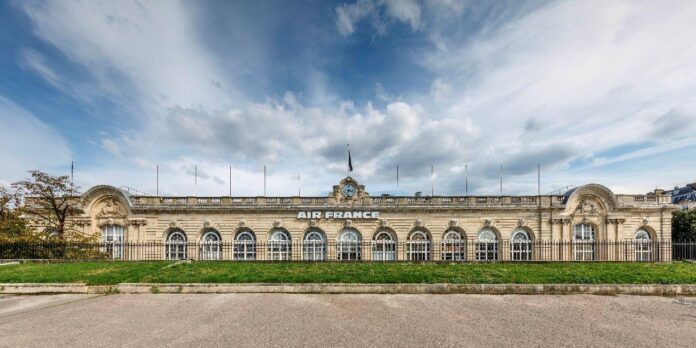 A new museum for the work of sculptor Alberto Giacometti will open in 2026 in Paris, substantially increasing the exhibition and research space devoted to the artist. The Giacometti Foundation’s current 350 sq m of space—namely the Giacometti Institute in the 14th arrondissement—will grow to 6,000 sq m as it moves into the Gare des Invalides, on Paris’s Left Bank, which is owned by the City of Paris. The Art Newspaper understands that the renovation of the Invalides site is backed by the French billionaire Xavier Niel, owner of the private investment firm NJJ.

The planned Giacometti Museum & School will house around 10,000 works by the artist—his plaster and bronze sculptures, paintings and drawings—as well as a replica of his studio. It will also host his archives and a library, enabling further study of Giacometti’s works. Though born in Switzerland, Giacometti lived and worked in Paris and is associated with the city’s high mark of Modernism.

Catherine Grenier, director of the Giacometti Foundation, told our sister newspaper The Art Newspaper France: “We have had this museum project [on the horizon] for a long time. We [applied] for another location, on the site of the former Saint-Vincent-de-Paul hospital [14th arrondissement] three years ago, but it didn’t work out. After this project, our board of directors asked us to continue our research. The City of Paris supported us because it wants the Giacometti Foundation to be permanently established in a larger location in Paris.”

She adds: “Monographic museums attract a lot of tourists—this is their core audience—but fewer local visitors. To remedy this, the artistic proposal will therefore not only be centred on Giacometti. We will have several exhibition galleries. The largest of them will offer a major retrospective on Giacometti, which will be renewed regularly. Another

will be devoted to the relationship between Giacometti and other artists, bringing him to life. Spaces will also be dedicated to the context of creation in the time of Giacometti [focused on the 20th century].”

The new institution will also incorporate an art school which will be non-selective, Grenier adds. “It will really be for everyone, from the youngest to the oldest. And very multidisciplinary like Giacometti himself. It will be a school of creativity. We will provide courses in sculpture, painting, drawing but also in photography and film, ceramics.”

Grenier says that the foundation will take over most of Les Invalides, which used to be a company office of Air France. “In front of the building, there is an English courtyard and under the Esplanade des Invalides, spaces that are currently occupied by a gymnasium and services of the City of Paris. These activities will be [relocated] and we will set up our school there… we will have half of the spaces under the esplanade, and the other half will remain with the City and the police station.”

The conversion of the sprawling Gare des Invalides site is part of a citywide project—Reinventing Paris 2: esplanade des Invalides—to regenerate the Invalides area. The building was originally constructed as a train station to receive visitors to the 1900 Paris Expo. “The building and its underground annexes, created for the 1900 World Fair, will be completely renovated,” says a project statement.

“The project is led by Emerige associated with Nexity [both property development companies]; we will work with the project architect, Dominique Perrault, and the chief architect of historical monuments Pierre-Antoine Gatier, who are part of this winning consortium,” says Grenier. Perrault’s architectural plan will be unveiled next year.

Christina Quarles on How Her ‘Crafty’ Temporary Studio in the U.K. Countryside Has Allowed Her to Start Fresh

Future of ArtPrize, the biggest contemporary art contest in the US, uncertain after board disbands