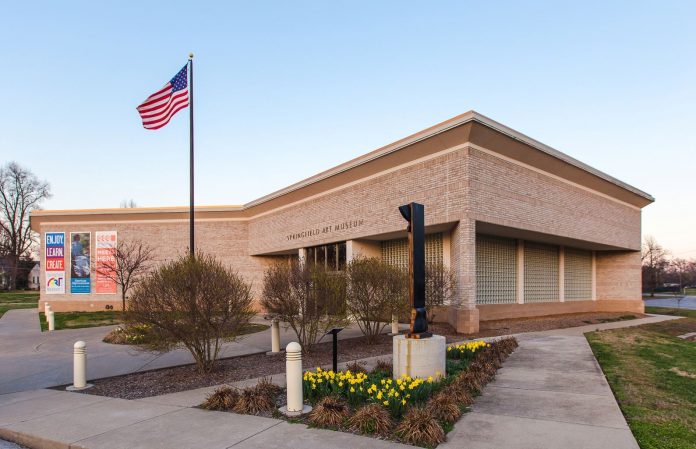 In the period between the coronavirus pandemic and the season of political controversy, many residents of central Ohio may feel a little tired, fatigued, or hurt. Fine art can help. Whether you experience it personally or virtually, galleries and museums can function as spaces for reflection, relaxation, and reflection.

This is the goal of the new exhibition, available online, and in-person at the Springfield Art Museum. What Makes me Feel Safe? offers many inspired works drawn from the museum’s permanent collection.

The eclectic exhibits in the exhibition, hosted by two members of the museum’s teaching staff, Alison Annette Eshelman and Amy Korpieski, have little in common other than a certain quality of contemplation, including love portraits of parents and children, peaceful landscapes, and the soothing abstractness of the pieces.

Along with some interactive elements, the museum has installed works in its Art Lab space. For viewers still tired of going indoors during a pandemic, the essence of the show – that is, the paintings themselves – can be found on the museum’s website springfieldart.net.

Who wouldn’t like to spend a few minutes contemplating the majestic splendor of Theodor Wendel’s canvas Hay by the Creek? In a soothing pastoral vision, the work shows a winding, shaded stream in the foreground and hay bushes in the distance.

Equally memorable is Andrew Janssen’s canvas “Near Provincetown, Massachusetts,” which depicts two lonely beachgoers walking among the dunes and grasses bordering a pond. Like Clarence K. Chatterton’s watercolor paper Three Women Sewing, which depicts three female figures sitting in a garden while sewing, the painting is serenity itself.

Several works depict parents holding or carrying their children, including Ralston Thompson’s Mother and Child Casein Paper, which uses bold, sharp, short lines and solid blocks of color to express the most tender emotion: a mother’s love for her offspring.

Being among familiar objects and furnishings can in itself be a source of comfort, as evidenced by the watercolor on the board by Alfred Henry Maurer Interior Scene. The painting depicts a woman in a 19th-century dress sitting at a desk.

The angle of the watercolor does not show what the figure is writing – is it writing a letter, making a diary entry, or taking notes for itself? – introduces a hint of mystery. Viewers who want to escape the hustle and bustle of everyday life can spend a few minutes or longer contemplating the soothing visualizations included in this beautiful exhibit of the Springfield Art Museum.

What Makes Me Feel Safe continues until January 3 at the Springfield Museum of Art, 107 Cliff Park Road, Springfield.

The Springfield Art  Museum presents a major work of art by world-renowned artist Yayoi Kusama. Pumpkin, a large bronze sculpture of Kusama, leased to the Museum by early November from the collection of Angela and Scott Krabill.

Kusama is widely known as one of the most popular artists of our time. She is known for her extensive use of polka dots, mirrored endless Instagram rooms, and her fascination with pumpkins.

The pumpkin is exhibited as part of a larger installation of the work, Celebrating Women. This exhibition, dedicated to the centenary of women’s suffrage, features both favorite and rarely seen objects from the museum’s collection, created by artists.

Kusama was born to a family of seed growers. She first saw pumpkins while visiting her grandfather at a seed farm. It was here that she noticed a pumpkin in the size and shape of a man’s head. Fascinated by the adorable pumpkin shape, Kusama began to chant the simple, organic form through art.

When Kusama moved to the USA, she worked tirelessly to take her place at the epicenter of the New York art scene. During that time, she formed her own direction in sculpture and installation, which influenced artists such as Andy Warhol and Klaus Oldenberg. In 1973, Kusama returned to Japan, where she continues to live and work to this day.

Springfield Art Museum`s executive director said that they are very pleased to bring this work to Springfield.

Angela and Scott Crabill are also glad to support the Springfield Museum of Art. And the Crabill Family Foundation is proud to support non-profit organizations that serve the needs of Springfield families.

Beneath the Smokestacks: Paintings by David Knapp 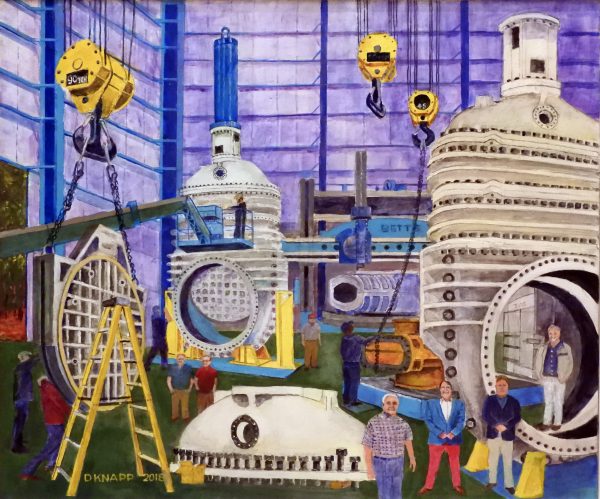 David Knapp thoughtfully depicts labor scenes in foundries in this colorful series. A foundryman and artist, he is well versed in the processes, equipment, and physical skills required to cast metal.

In his work, Knapp prefers to highlight the people who work in foundries, recognizing that buildings and machines do not work without their dedicated work. Beneath the Smokestacks is an exhibition in the Springfield Art Museum that strives to shed light on workers’ efforts while preserving the rich industrial history of foundries.

David graduated with a BA in 1959 from Lehigh University. In 1962, he began his career in a foundry in Pittsburgh, mastering the mechanics of producing some of the largest steel castings in the world. 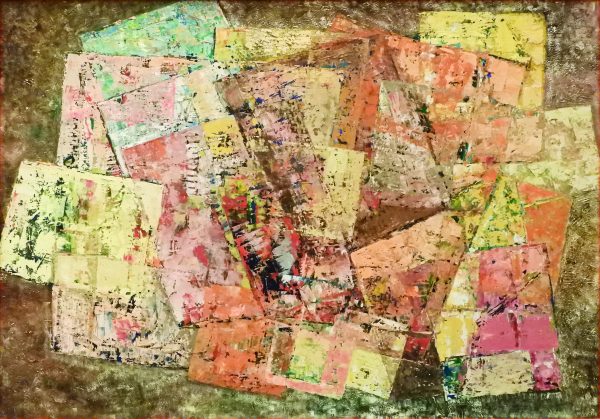 A longtime friend of the  Springfield Art Museum, Randy Deere is a lifelong philanthropist dedicated to the arts and educational, social, health, and youth organizations across the country. This exhibition shows his artistic talent in a series of whimsical paintings in which color is used to indicate place and time.

Historically, female artists have been underrepresented in museum collections and have been shown significantly less frequently than their male counterparts. Because of the 100th anniversary of women’s suffrage, the museum presents artists whose works are in the permanent collection.

These works of art show the wide range of media, plots, and techniques that artists have traditionally worked with. The exhibition of the Springfield Art Museum demonstrates how women continue to conceptually advance the art world today.

The works selected for this exhibition were selected for their ability to reveal and reveal how artists respond to our cultural identity as Americans.

The exhibition features 75 works from the widest possible range of artistic voices from our current collection, including even more works by women, people of color, Native Americans, and LGBTQ + communities.

Does the Dream Dream the Dreamer? Unseen Works of David Catrow 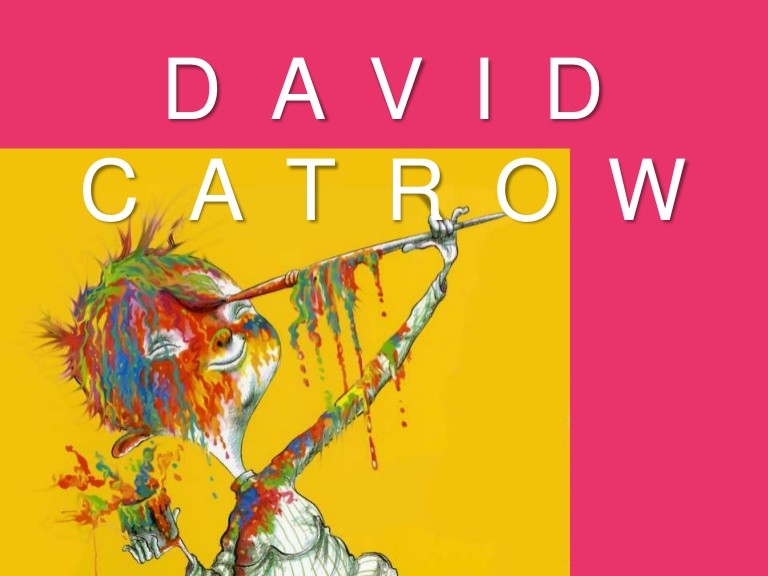 Showcasing the never-before-seen work of Springfield resident David Catrow, this exhibition reveals Catrow’s vision in a series of larger paintings and works on paper.

Catrow is a New York Times bestselling author/illustrator and animator for films such as Horton Hears Who and Despicable Me. He is also a cartoonist editor whose work has been published in the United States and Canada. Catrow’s works on display reference his well-known illustrations, but go further, discovering new and previously unimaginable worlds that cannot be described in words. 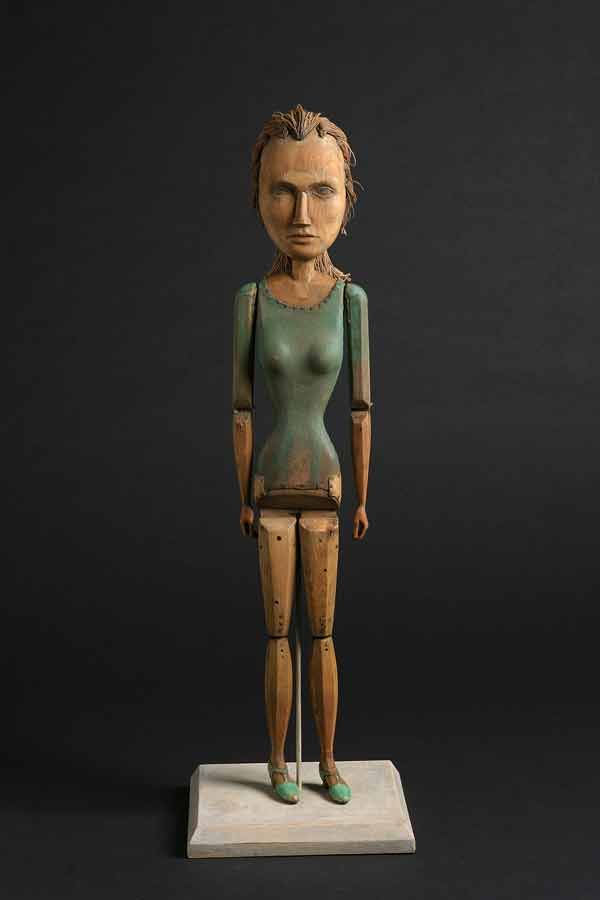 Milford, Ohio, artist Gary Birch identifies himself as a painter and sculptor from the Southwest of Ohio. His work strikes a balance between disparate themes, especially those related to home life, industry, and nature. This exhibition of the Springfield Art Museum will feature both his expressive collage paintings and non-traditional sculptures in mixed media.

The Springfield Art Museum is pleased to host the 46th Annual Exhibition of the Western Ohio Watercolor Society members this winter. For nearly half a century, WOWS has attracted artists through exhibitions and workshops. This jury exhibition will feature many experienced local artists working in a variety of watercolor techniques. Patrick Mauck from Lima, Ohio is on this year’s jury.

The Society of Watercolors of Western Ohio was founded in 1974 with the aim of stimulating interest and popularity in the use of watercolors as a medium of visual arts, and to encourage public interest in the medium. 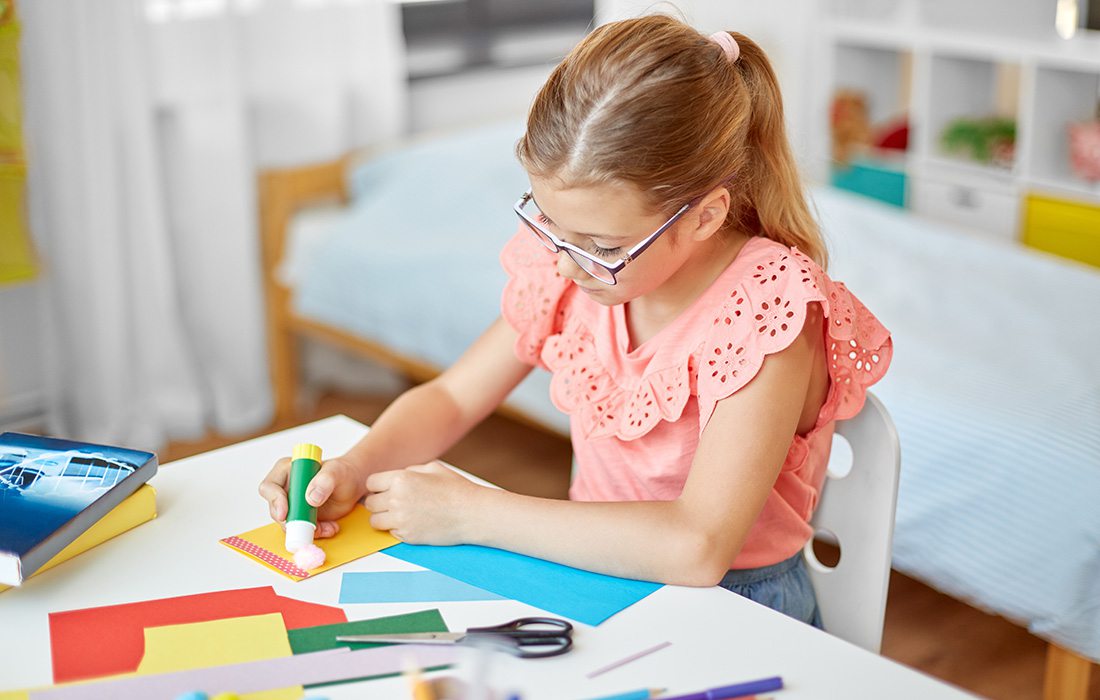 The Springfield Art Museum continues to offer takeout bags, which are a great way to pamper your kids with a little creative activity while expanding their artistic knowledge. Each bag contains the materials needed for an activity inspired by the work of different artists, such as last month’s bag dedicated to the collages of artist David Driskell.

The Springfield Art Museum launched the initiative in May to replace the suspended personal programs for children and has since distributed 2,700 project packages to the community. The bags are provided free of charge. One can pick them up at the museum reception after you reserve them online.

What can you see at the Springfield Art Museum?

With a collection of over 10,000 objects spanning many periods of time and culture, we are constantly changing what is on display. The Springfield Art Museum’s permanent collection began in 1928 with two small seascapes by Philadelphia artist Mary Butler. It began to focus on American art from the 18th century to the present day.

Take your time exploring every part of the museum featuring a selection from our permanent collection, as well as special exhibits. Involve the kids and take part in the family’s art lab with hands-on activities for everyone, or spend some quiet time in the book corner.

The Springfield  Art Museum is dedicated to enhancing education and documenting the cultural heritage of Southwest Missourians through the collection, preservation, and exhibition of art. A permanent home to 10,996 pieces of art representing millennial culture, the museum houses special collections that include 19th, 20th, and 21st-century American paintings, watercolors, sculptures, and prints.