Home News How the Young, Bold Guts Gallery Is Reshaping the Art Trade to... 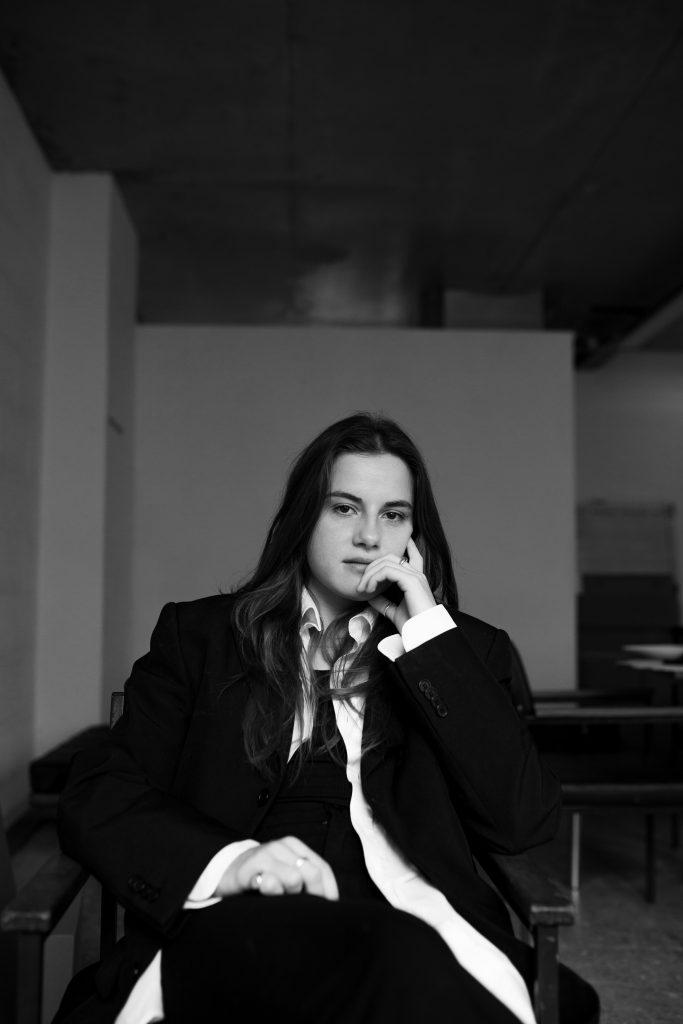 Ellie Pennick wasn’t planning to start a gallery the day she walked into a run-down South London pub, looking for work. A recent fine art graduate, she was living off social welfare, and looking for an affordable place to live, and the pub had solutions to both: she ended up working behind the bar and renting an upstairs room. Plus, the owner let Pennick use the pub’s function room to host exhibitions.

It’s an unconventional origin story for a gallery, but, then again, nothing about Guts Gallery is conventional. Guts works with artists from traditionally marginalized backgrounds—queer, working class, and artists of color. The gallery doesn’t represent them, but instead “champions” them, working with a “code of conduct” to make its standards transparent (bullet points include paying staff over minimum wage, and guaranteeing artists’ commissions of more than 50 percent, the average in the industry).

Though only 26 years old, Pennick, who is from a working class background in the north of England, didn’t benefit from the financial or family support that often lubricates the early years of art world careers. While living at the pub, she was accepted to the postgraduate sculpture program at the prestigious Royal College of Art, but was forced to decline the offer when she was informed she hadn’t secured a bursary from the institution. Angry about the lack of support for artists like her, she decided to put her frustration into showing others’ work, deciding on the gallery’s name by committee. “I just went with it. I’m not sure what happened,” said Pennick, frank and unflappable, as she showed me around the Guts Gallery space, now located in Hackney, East London. 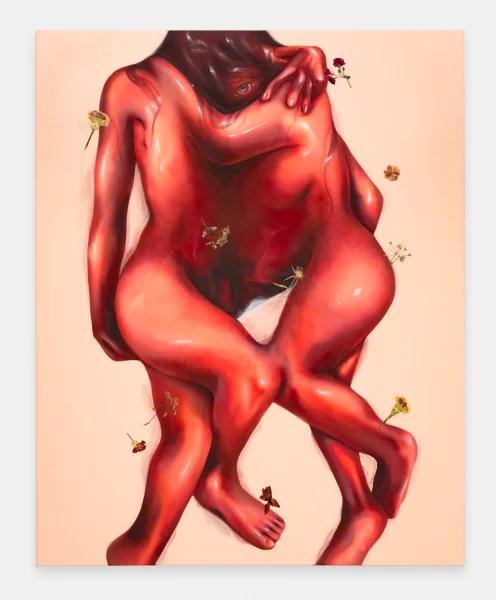 After a period of nomadism and snowballing attention from collectors, she was encouraged by Sadie Coles, for whom Pennick organized a show for London Gallery Weekend 2021, to set up a permanent space. Pennick put it to a vote on the Instagram DM group— which is where Guts Gallery’s decisions get made (members include all the gallery’s championed artists, as well as their bookkeeper). In between the group chat’s memes and invitations to the pub, they said yes.

Initially, she learned about how to run a business, she said, from “a geezer called Kevin” who had run a tech company, who she was doing odd jobs for. He encouraged her to question the art world’s assumptions, to “move fast and break things,” as the Silicon Valley mantra goes. “The idea is to test things quickly and pivot and work on the USP,” she said (citing the business acronym for a unique sales proposition, how to stand out from the crowd). “The main thing that we looked at was ‘what is the most costly expense for a gallery?’ That’s rent, so I took rent out of it.”

Adopting a nomadic model by persuading spaces to let her host shows for free (promising plentiful drinks sales in return), she started realizing how old-fashioned the art world was. “The gallery model, traditionally, it’s very sexist, very racist. There’s a lot of discrimination that has been going on for far too long.” Even the staff at galleries, she noticed, were mostly from wealthy backgrounds. No one spoke with accents like hers. Meanwhile, artists told her they “felt like commodities”. She wanted to change that. She opted for working with artists from groups underrepresented in the art world, including Elsa Rouy, who paints grotesque nudes (sister of another painter, George Rouy), and Nigerian, London-based artist Jamiu Agboke. 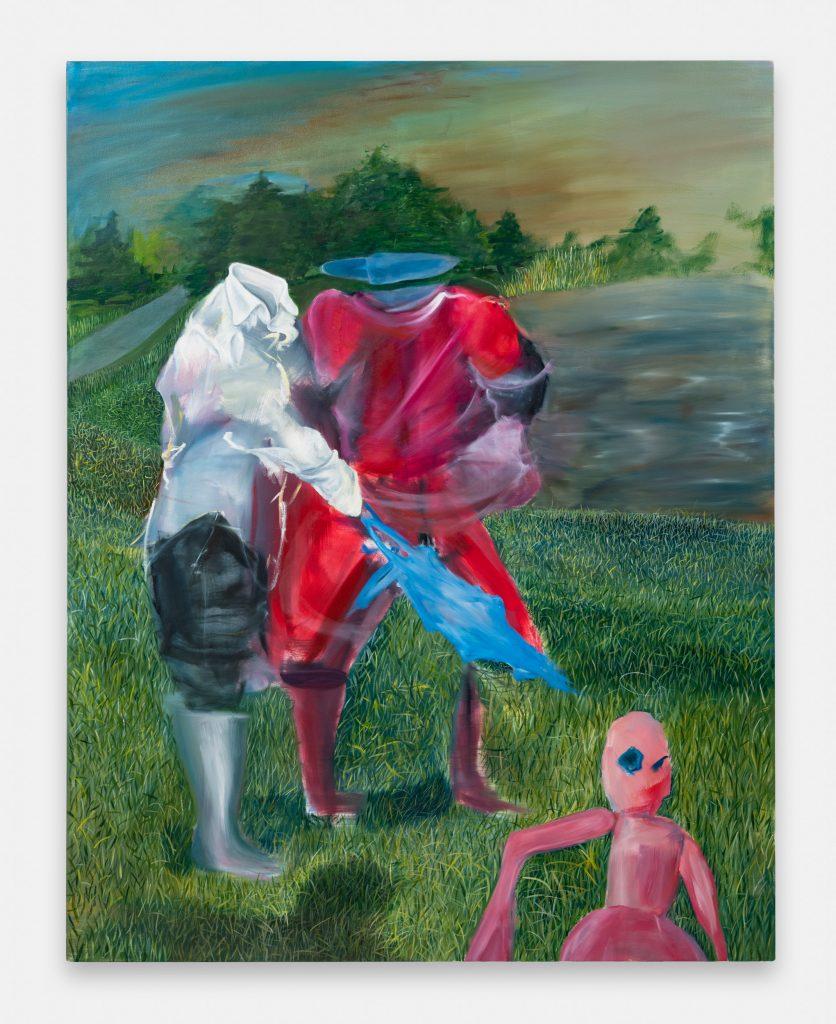 Though now in a permanent space, the gallery has continued its non-traditional approach. There are no contracts, unless an artist specifically requests one. Gallery commissions, though always less than 50 percent, are negotiated on a case-by-case basis—Pennick lets the artist decide. Even though it is a small company, with just a few freelancers, as well as a gallery coordinator on the books, Pennick consults an external human resources department, so that staff have recourse to independent advice. “It’s just complete transparency,” she said. She also ensures that all of her artists have access to accounting support, so that they can ensure their financial stability, passing on the business acumen she has gained (she has also run workshops for graduating students on financial literacy in the art business). “It’s all rooted in politics,” she said.

There have been some surprises for Pennick, in the course of running her unconventional, disruptive space. Most notably, she has been taken aback by the support of collectors, who she has found to be encouraging of her vision. “Collectors definitely want to see a shift,” she said. “They want to see reform, and that’s really refreshing for me.” Many of these buyers, she says, are ignored by bigger galleries, filtered out by screening processes that determine a buyer’s pedigree. 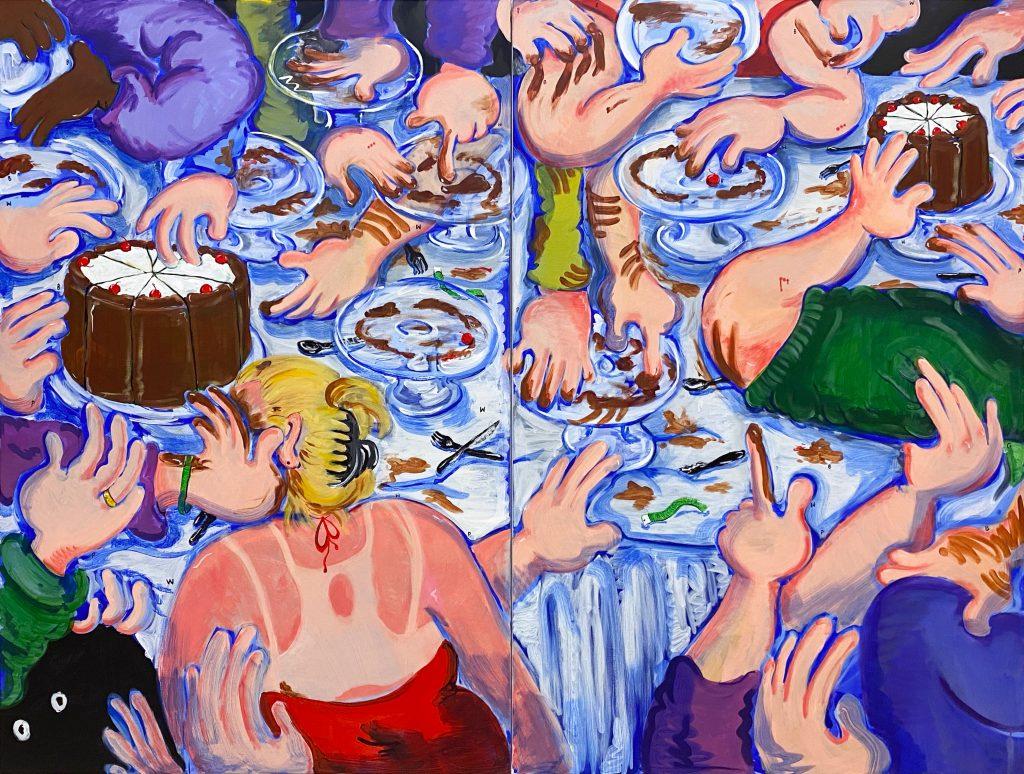 But there are some benefits, I pointed out, to screening interested buyers before selling. Traditionally, galleries are trying to avoid flipping, which can put pressure on a young artist. Pennick agrees that the issue is real, and so she aims to split sales evenly between foundations and other buyers. She cites a recent experience of watching one of her artists’ works go to auction; Olivia Sterling, who paints bright, cartoonish scenes that address questions of race, was part of Phillips London’s “New Now” sale in December of last year. The work sold for $13,874, doubling its high estimate of $6,000.

“It was the worst thing ever, the stress levels of auctions…” she said. It’s yet another art-world dynamic that could be improved. “I’ve had discussions with auction houses about how we can change this. It’s one of my biggest concerns at the moment.” Can Pennick disrupt even this entrenched art biz dynamic? No matter what, she’ll give it a go: “I’ve got hardly any power,” she said. “But I’m trying to make a difference.”