Home News Jeff Koons, Pace, and Other Art-World Heavyweights Had Millions of Dollars in... 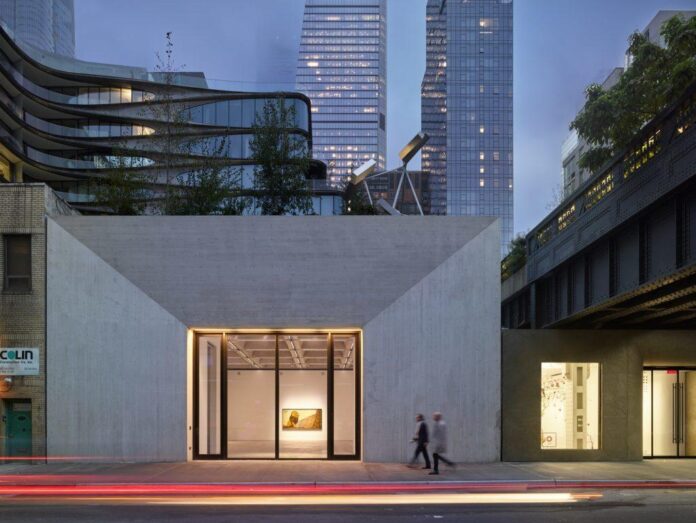 Jared Kushner, Jay Z, and Reese Witherspoon all made headlines recently thanks to the publication of a new ProPublica database listing all 11.5 million loans approved by the U.S. government under its emergency $953 million Payment Protection Program (PPP).

The program, a pandemic-era measure intended to keep the economy stable amid the extreme uncertainty of early lockdown, allowed business owners with fewer than 500 employees to apply for loans to be used to pay their workers and other key expenditures. Reports indicate that 93 percent of those eligible for funds actually received them.

As anticipated, the government forgave a large proportion of the loans, even for debtors with immense net worths, so long as funds went towards payroll or other approved costs.

In the art world, perhaps the biggest name to get a major PPP loan was Jeff Koons, the world’s most expensive artist at auction. He secured $1.1 million for his operation on April 27, 2020. The entirety of the loan was forgiven seven months later, according to public documents.

But Koons wasn’t the only art-world figure to secure PPP money. Blue-chip mega-galleries including David Zwirner ($6.9 million), Hauser & Wirth ($4.5 million), Gagosian ($3.5 million), and Pace ($3.4 million) each received loans, and each had them forgiven in full, plus any accrued interest.

Among them, only David Zwirner and Hauser and Wirth applied for more than one loan, with each securing securing four separate rounds of funding.

In a statement, a representative for Pace said: “Pace participated in the Paycheck Protection Program in order to protect the jobs of our employees in the face of the global health pandemic and the economic hardship it brought. All the money from the loan went towards staff salaries.”

We reached out to every other institution named in this article; none responded to our request for comment by publication time.

Smaller galleries also applied for and received funding. Jack Shainman Gallery, Blum and Poe, and Kasmin each pulled in between $350,000 and $1 million and had the loans entirely forgiven. Luhring Augustine and Matthew Marks also applied for loans, getting $181,500 and $401,852, respectively.

Marlborough Gallery, meanwhile, got $602,900, but whether its loan was forgiven is not disclosed in the ProPublica papers. Artnet also applied for and got $2 million in three separate loans, all of which were forgiven.

According to a January 2022 report by the National Bureau of Economic Research, 75 percent of the PPP program’s nearly $800 billion in taxpayer funds benefited the top 20 percent earning households. Only a fraction of the sum went to workers who would have lost jobs otherwise.

The Board of ArtPrize—America’s Most Popular Art Show—Has Quietly Disbanded, Leaving Its Future Uncertain