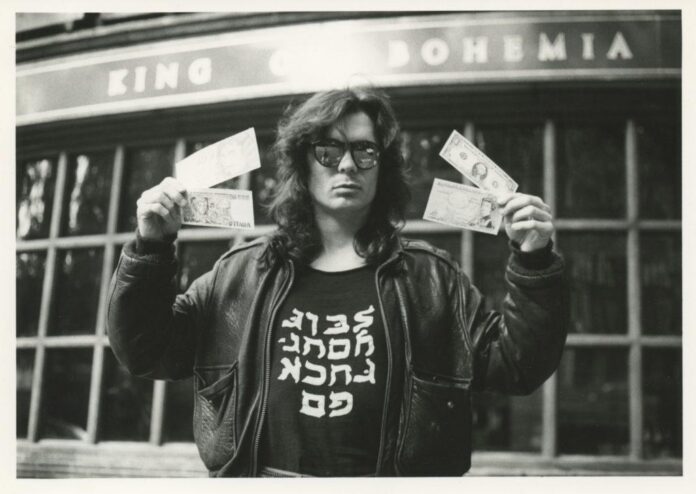 In life, the artist J.S.G. Boggs printed money, quite literally, colored pencil in hand. In death, his estate is continuing his legacy of questioning the value of money by releasing five NFTs based on his original banknote artworks.

The drop arrives five years after Boggs’s death and in partnership with laCollection, a platform dedicated to encouraging prominent museums and galleries to dip a toe in Web3. Indeed, it was the platform’s work with the British Museum and Vienna’s Leopold Museum that caught the attention of the estate’s digital advisor Jeff Koyen. “laCollection is serious about exhibiting world-class art,” he told Artnet News.

The sale, “J.S.G. Boggs: Money Talks,” begins with (1990), a digital edition of the kind of work that brought the American artist a date at London’s Old Bailey and considerable attention. In 1986, ahead of a showing at Young Unknowns Gallery, the Bank of England charged him with violating the Forgery and Counterfeiting Act. The jury unanimously acquitted Boggs and the bank duly added the copyright symbol to its notes. 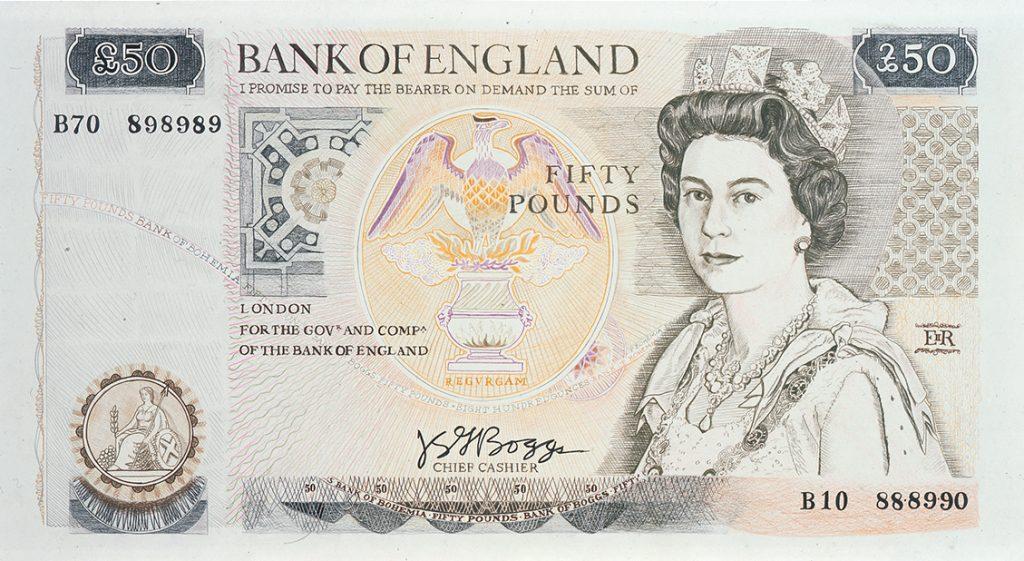 As the story goes, Boggs drew his first dollar bill in 1984 at a Chicago diner. He paid for a coffee and donut with the marked-up napkin and received 10 cents in change. A penny dropped and for the next 30 years, he fastidiously replicated this process of creating and exchanging global banknotes, albeit with cheeky alterations (a $5,000 bill with a self-portrait or a £10 note marked with the words “For the Gov… Time is Money”).

Ever the prankster, Boggs encouraged collectors to join his performance. Those who did received works whose market value vastly exceeded their face value, a phenomenon certainly familiar in the NFT era. Koyen sees the lineage of NFTs dating back to Boggs: “Conjured from the digital ether, NFTs saw their prices skyrocket as buyers assigned greater and greater value. I have to image that Boggs would’ve loved the NFT phenomenon.” But Boggs’s crypto credentials go further: he hoped to create his own currency, “the Bogg,” and reportedly worked on an encrypted online currency in the early 2000s. laCollection dubs him “Patron Saint of Cryptocurrency.”

Unlike Boggs, who swapped rather than sold bills in exchange for a service and a receipt, “Money Talks” prices its NFTs, which are released in editions of 50, at €350 ($345) or around ETH 0.26. In addition to the work of art, purchasers receive a printed banknote from Boggs’s archives, an equally tangible crypto receipt, and an invitation to exclusive viewings of Boggs’s archive and Q&A sessions with the estate’s advisor.

“The format of the drop is based on the concept of Boggs’s artistic process,” laCollection co-founder Jean-Sébastien Beauchamp told Artnet News. “We wished to recreate the experience [of collecting Boggs] and the works feature all the elements of his process.”

As with all its other sales, laCollection has labelled this release “an exhibition” and is showcasing other crypto artists with money on their minds alongside Boggs in a broader exploration of what it calls “Art & Currency.” These educational elements serve to distinguish laCollection from transactional NFT marketplaces, such as OpenSea or Rarible, and thereby convince traditionally conservative art institutions to create NFTs. Previously, the Paris-based platform held curator-led webinars in tandem with its British Museum Hokusai drop, and offered exhibition previews and behind-the-scenes access when it partnered with the Museum of Fine Arts Boston on a collection of French Impressionist NFTs.

Boggs’s estate will use all proceeds to fund the preservation of his archives. “Boggs was a prodigious collector, but perhaps not the best archivist,” Koyen said. “We hope to use funds to make Boggs’s body of work digitally available to the public and maybe even open a physical location in the future.”