Home News Meet 5 Japanese Collectors Who Are Putting Their Country’s Art Scene on... 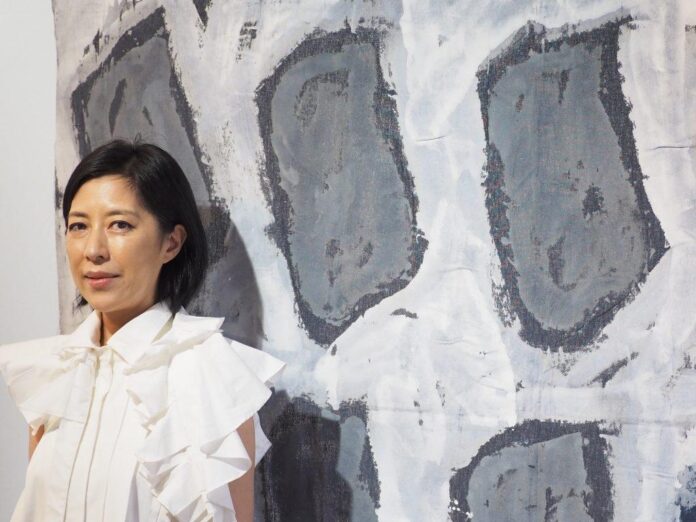 Japan’s art market has long lagged behind its strong national reputation for culture. Despite boasting the third-largest GDP, Japan currently accounts for only about 4 percent of the global art market. There is no shortage of art lovers in the country, but with only a few exceptions, personal collections tend to number in the hundreds rather than thousands of works, and their monetary value is often less than what might be expected in such a world economic power. On the ground in Tokyo, there is a growing concern that the city has been eclipsed by Hong Kong and Seoul as an Asian art hub. Taxes (both consumption and inheritance) and lackluster financial support from the government are often cited as culprits.

In the 1980s, trophy works bought at stratospheric prices evinced Japan’s seemingly indomitable purchasing power. Then of course the bubble burst, and an endemic wariness has plagued all corners of the economy ever since. But for the art market at least, glimmers of hope may finally be on the horizon. Tax laws are gradually seeing reform, with “free port” zones established in 2021 eliminating taxes on imported art shown, sold, and shipped from these areas. This development may yet lure global galleries into the Japanese market and could also underpin more robustly international art fairs; Tokyo Gendai, scheduled for July 7–9, 2023, is expected to draw 80 to 100 galleries from across the Asia Pacific region to its debut. The government is also showing signs of recognizing the need to fund the arts. The Agency for Cultural Affairs has begun backing projects involving contemporary art, and is throwing its weight behind a fair anticipated for 2025 at The National Art Center, Tokyo (NACT). Some have also speculated that yen’s recent weakness could bolster domestic demand for material investments such as art.

Perhaps most encouraging are indications that a post-bubble generation of collectors is emerging. It includes not only superstars like Yusaku Maezawa, but also less-celebrated enthusiasts who have learned lessons from the bubble days. Their collections are not primarily financial investments but modes of personal expression and cultural enrichment that may not command the same numbers or price tags as others’ but could ultimately prove more organic and sustainable in their approach. Here are five such collectors who are worth your attention. 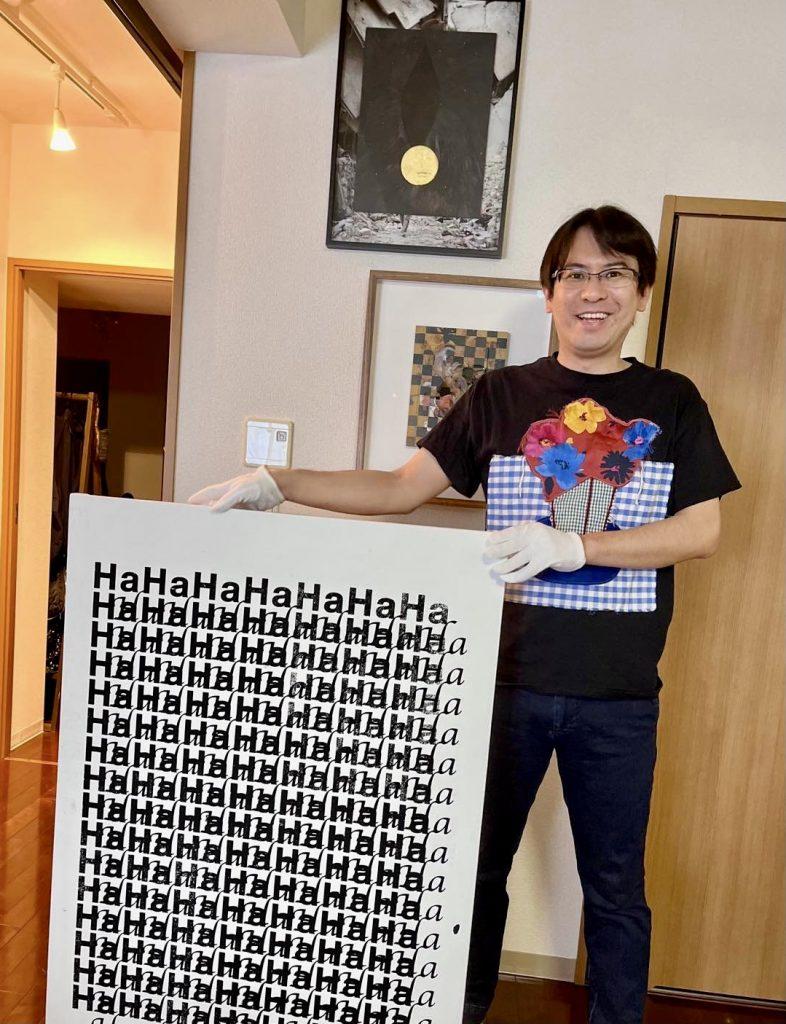 Occupation: Consultant and PR advisor in the art industry

Distinguishing Factor: In addition to his full-time job in consulting, Shimabayashi runs his own art PR firm, Start PR. He divides his collection between his Tokyo apartment and his family’s grocery store in Toyama Prefecture. His first purchase was a work in Kohei Nawa’s “PixCell-Trump” series, and he was recently gifted a wax-gilded silkscreen made in a collaboration between Mitsuo Kim and Shuhei Yamada, two up-and-coming artists whom he introduced. He received the Japanese Contemporary Art Transparency Prize for curating the acclaimed 2016 exhibition “Unclear nuclear.”

Fun Fact: He stores a signed baguette acquired from the performance artist Tatsumi Orimoto inside his refrigerator. 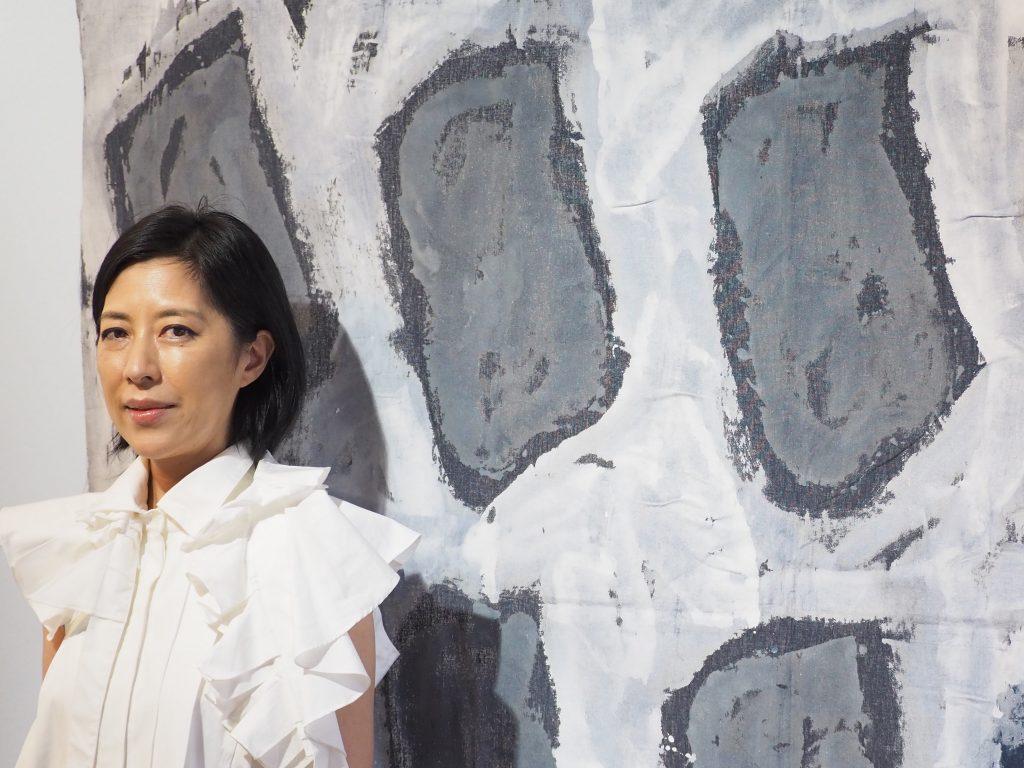 Occupation: Founder and director of , a maker of organic hair care products

What’s in the Collection: A few hundred works, mostly contemporary art with a focus on young and lesser-known Japanese artists. Sasagawa is an avid collector of paintings, photographs, and sculptures, but is especially drawn to video art and works involving new technologies. Makiko Tanaka, Kenichiro Fukumoto, Ishu Han, Ryan Gander, Enrico Isamu Oyama, Ittah Yoda, and Claude Viallat are among her favorite artists. She also takes an interest in tea ceremony wares and antiques.

Distinguishing Factor: Personal enjoyment is a motivating factor behind her purchases, as is supporting new artists. She hosts Grenier, a cultural salon where she displays her works and spotlights young and emerging artists. Other exhibitions of her collection have included a screening of Jacolby Satterwhite’s video animation (2009) at Susaki Machikado Gallery, a tatami-matted Japanese home from the early 20th century.

Recent Purchase: , a 2022 painting by Ryuichiro Otake from Hagiwara Projects

Fun Fact: Her firm provides the shampoo for participants in Onsen Confidential, a hot spring retreat and experimental series of shows by galleries from around the world. 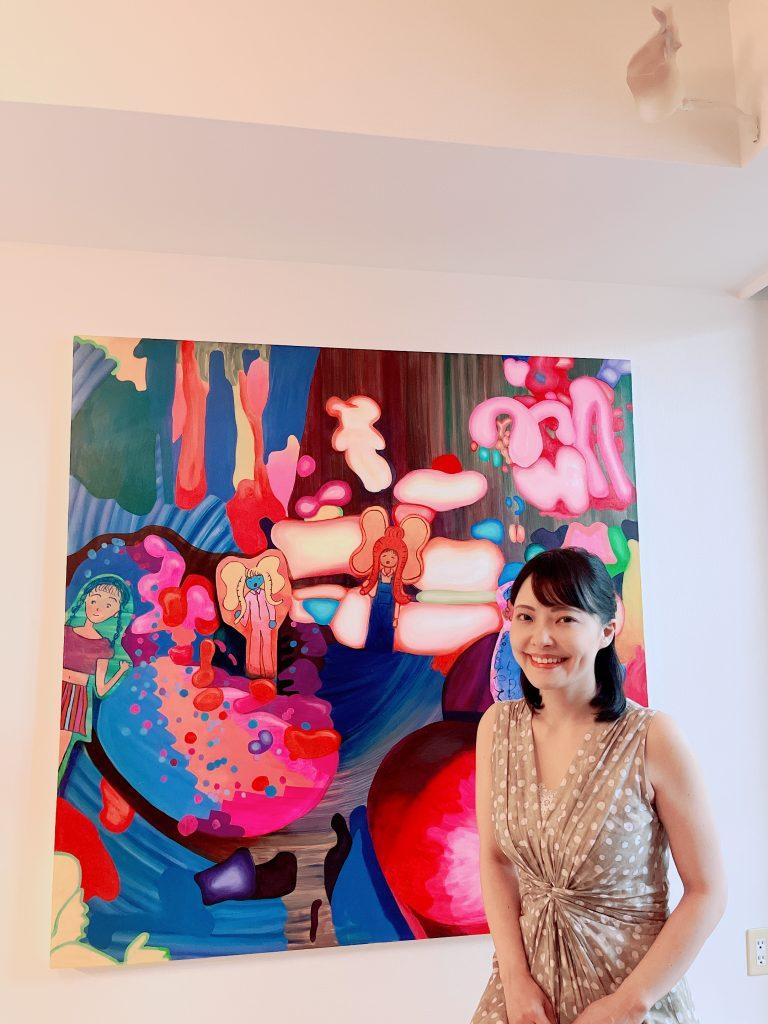 What’s in the Collection: Around 100 works divided among Sano’s apartment, office, and family home. Focusing on contemporary Japanese art, her collection includes postwar luminaries such as Natsuyuki Nakanishi, Kishio Suga, and Kimiyo Mishima as well as younger artists like Kazuki Umezawa, Shota Yamauchi, Toshiyuki Konishi, Hiroki Tsukuda, Daisuke Takahashi, Aya Ito, and Hiroka Yamashita. Bosco Sodi, Uri Aran, Janaina Tschäpe, Katherine Bernhardt, Evan Nesbit, Russel Tyler, and Miryam Haddad are a few of the non-Japanese artists she favors. She is attracted by colorful and vibrant works, particularly paintings and media art. Having practiced ceramics in university, she has a taste for sculpture and ancient pottery as well. She selects younger artists who show a mettle on par with those of older generations.

Distinguishing Factor: Sano is known for bringing underground creators into the limelight. Her support for them extends from purchasing their works to organizing crowdfunding projects to publish their portfolios. She occasionally exhibits her collection publicly. 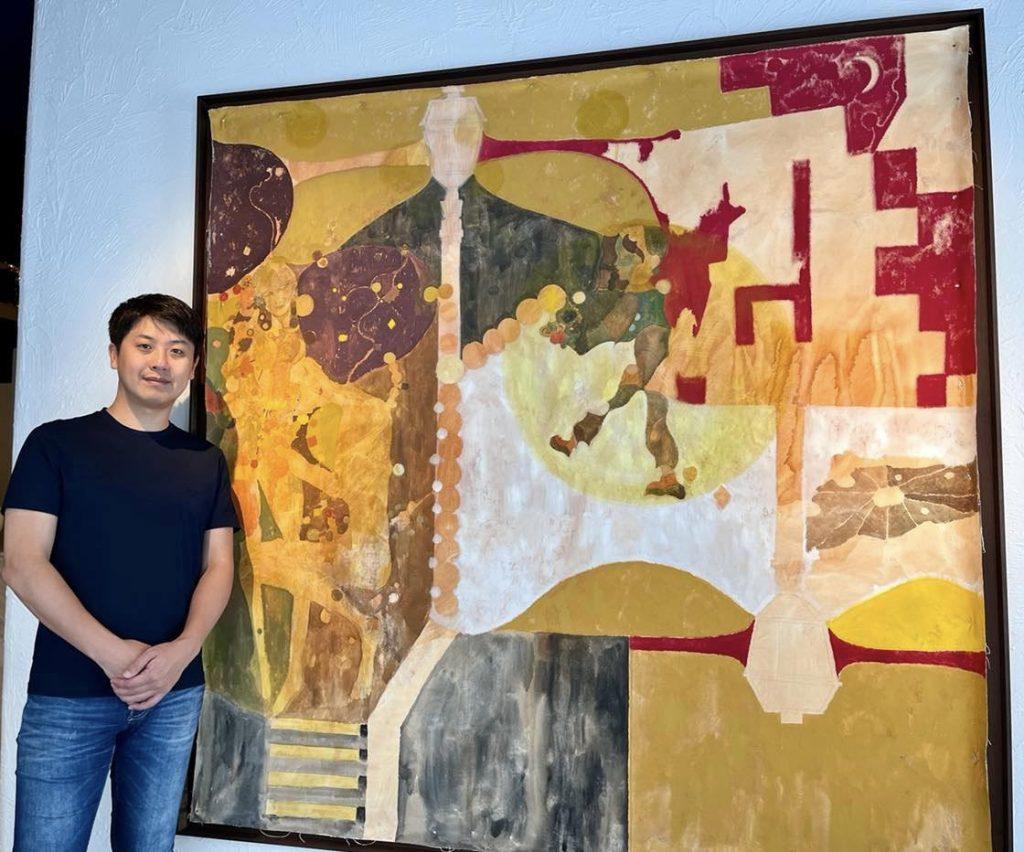 What’s in the Collection: Around 400 paintings, sculptures, and photographs with an emphasis on abstract art, plus some 150 furniture items. Artists include Pablo Picasso, Takashi Murakami, Izumi Kato, Cecily Brown, Tracy Emin, Jean Prouvé, George Condo, Noritaka Tatehana, and Rikako Kawauchi. In addition to his home and the Visional office, he keeps his art in a storage facility and at Issei Yuasa, an Italian restaurant in Tokyo he owns.

Distinguishing Factor: While Takeuchi is committed to supporting Japanese contemporary artists through the corporate Visional Collection, his personal holdings have become increasingly multinational as his tastes have shifted toward abstract art. He prefers analog pieces to technologically centered ones and considers the creative freedom of the art world an essential counterbalance to the business sector. His collection will be exhibited at What Museum in Tokyo next autumn.

Fun Fact: In 2019, his company sponsored screenings of the Sophie Calle video (2011) on four giant billboards at Shibuya Crossing, one of the world’s busiest intersections. 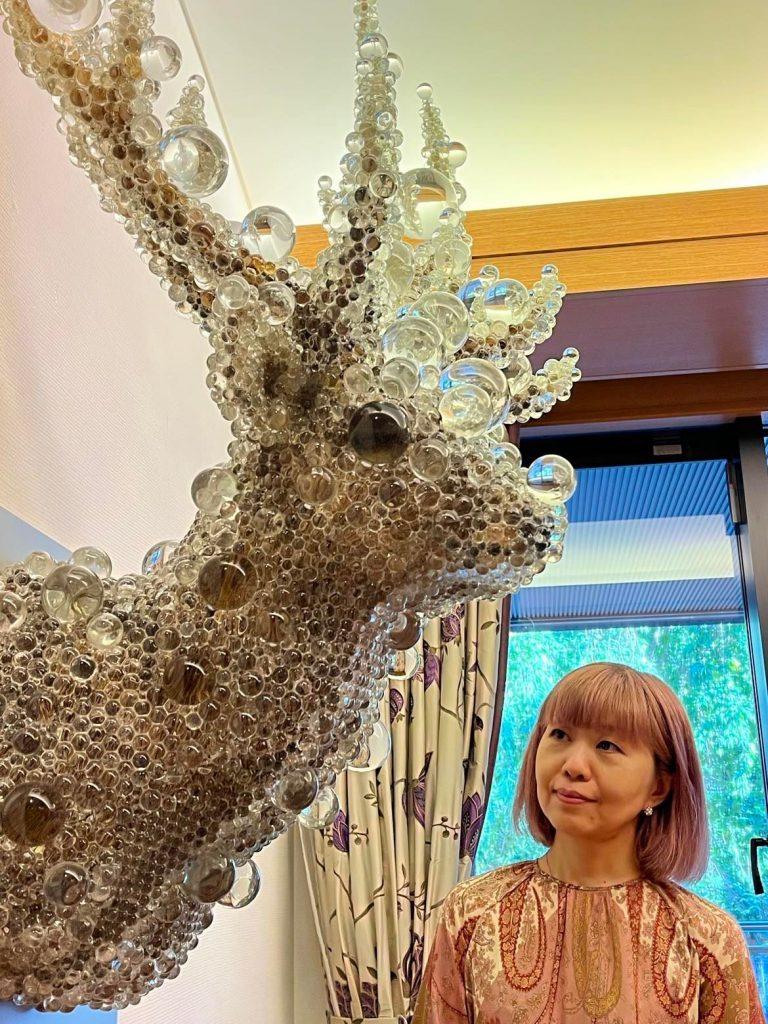 Distinguishing Factor: The Taguchi Art Collection’s mission is to provide the public with opportunities to see contemporary art. It exhibits some of its most noteworthy pieces at regional museums across Japan and promotes education by displaying its works at primary schools. It seeks out mid-career artists and those from underrepresented regions around the world. One prized work is by the Argentinian painter Verónica Madanes, who lost much of her portfolio in a 2019 studio fire. Taguchi-Sugiyama also heads up The Artsplus Institute of Contemporary Art, an organization educating the Japanese public about the global art scene.

Fun Fact: Taguchi Art Collection’s next show will open in December 2022 at the Kadokawa Culture Museum, a Kengo Kuma-designed facility just outside of Tokyo.