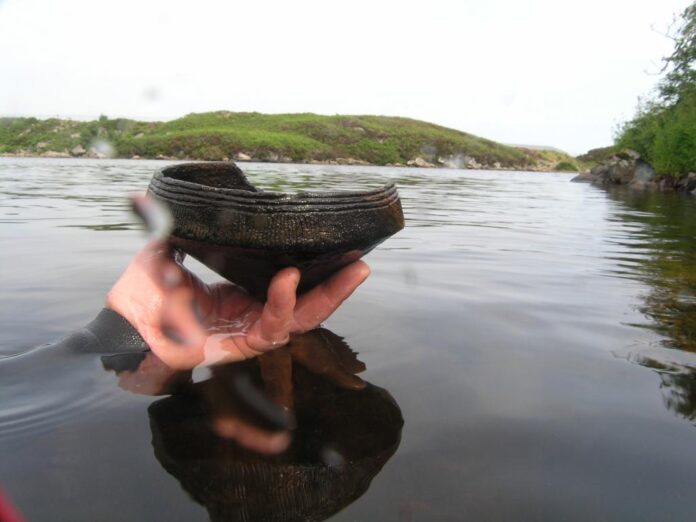 A study led by the University of Bristol recently found that Neolithic pottery has preserved clues about humanity’s earliest relationships with grains—dating back thousands of years earlier than previously proven.

They recovered impressively preserved crockery dating back to 4,000 B.C.E, which reveals that “cereals were cooked in pots and mixed with dairy products and occasionally meat, probably to create early forms of gruel and stew,” according to a statement from the University. 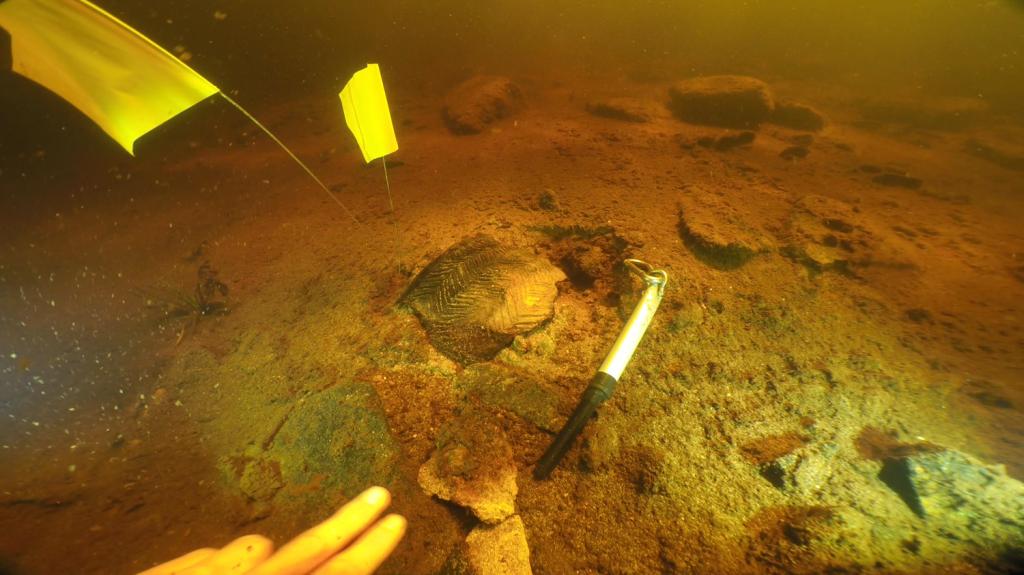 A substantial sherd of Early Neolithic pottery, as found on the loch bed at Loch Bhogastail (photo: Dan Pascoe)

“This research gives us a window into the culinary traditions of early farmers living at the northwestern edge of Europe,” Dr. Camp remarked in a statement. “It gives us the first glimpse of the sorts of practices that were associated with these enigmatic islet locations.”

Previous studies of pottery found at Vindolanda, a UNESCO site and Roman fort in Northern England, showed that “specific lipid markers for cereals can survive absorbed in archaeological pottery preserved in waterlogged conditions and be detectable through a high-sensitivity approach.” However, those findings dated back “only” 2,000 years, at a point when grains were a known food source.

“Cereal grains are consistently present in Neolithic archaeobotanical assemblages from across Britain and Ireland, though often in relatively small numbers,” the paper explained. Surviving biomatter at British Neolithic sites has pointed predominantly to the presence of barley in early diets. Researchers hypothesized that wheat might be under-represented among charred plant remains since it is commonly boiled.

Harnessing the same methods applied to the Roman pottery, the researchers found cereal biomarkers encapsulated in earthenware pores across one-third of these unglazed pots. “Cereal markers were strongly associated with lipid residues for dairy products in pots, suggesting they may have been cooked together as a milk-based gruel,” the university notes.

What’s more, researchers noticed correlations between a pot’s size and its contents. Smaller pots contained grain commingled with milk, while larger pots had traces of meat. Keeping meat in its own vessel may have been a matter of taste or health.

Additionally, the pottery features ornamentation evoking ceremonial rites. “Since the actual function of the crannogs themselves is also not fully understood yet (with some being far too small for permanent occupation) the research provides new insights into possible ways these constructions were used,” the university says.

Next, researchers will try to determine the crannogs’ origins—and continue comparing the use of various vessels found near them through lipid residues.

One truth seems clear, however: Scots have always loved their porridge.

Is this really the only portrait of William Shakespeare made in his lifetime?