Home News New York City Is Under Fire for Whitewashing a Tunnel Famed for... 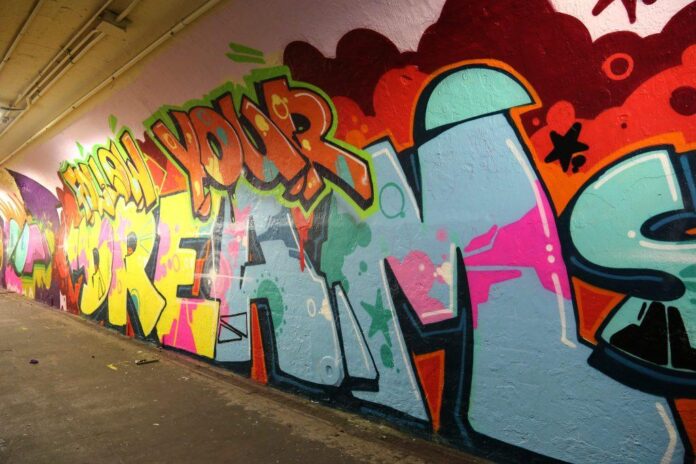 An ever-evolving graffiti art display in Washington Heights is no more after the New York City Department of Transportation unceremoniously painted over it, sparking community outrage. In response, officials are now promising to work with artists to replace the display in the 1,000-foot-long tunnel famed for its graffiti art.

“We are planning to look for potential artists that will design the 191st Street Tunnel. This is a priority for me because I understand the symbolic meaning behind this cultural mural,” NYC DOT commissioner Ydanis Rodriguez told the local ABC affiliate.

Residents were shocked over the weekend to find that the colorfully painted tunnel had been whitewashed.

“What happened here is just a slap in the face to the community,” local Luiggy Gomez told Gothamist. “They erased history.”

Technically called “Tunnel Street,” the three-block-long passage is the city’s only underground street, according to 6sqft. It serves as a Broadway entrance to the 191st Street subway station, which, at 175 feet underground, is the deepest in the system. It was built to provide an alternative to climbing up Fort George Hill to the other entrance on St. Nicholas Avenue, as the elevators are outside the far zone.

A public art project in 2015 had beautified the tunnel with a suite of five murals selected from 150 applications. 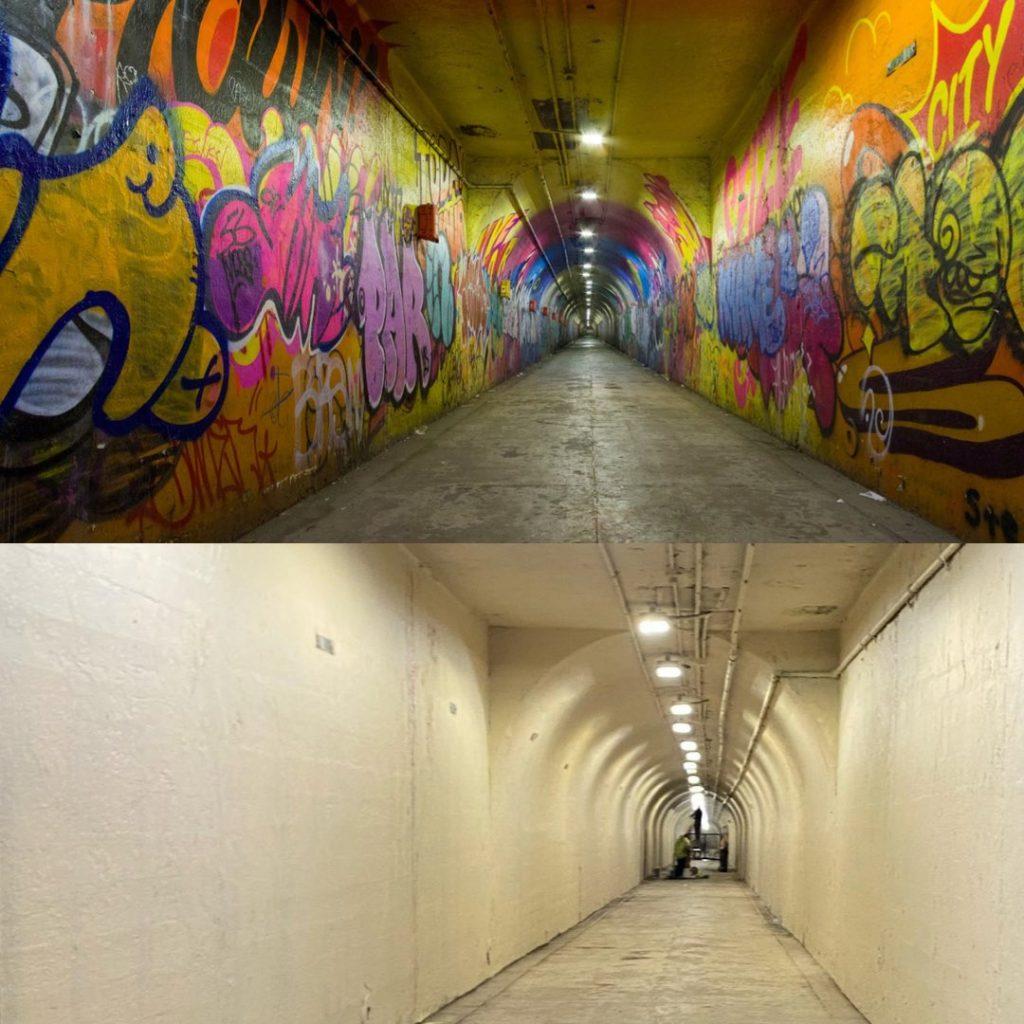 Much of that work had since been covered by graffiti tags, but the display was still something of a local landmark. It also featured prominently in the 2021 Lin-Manuel Miranda film, , in a fantasy sequence where Abuela Claudia (Olga Merediz) recalls moving to the U.S. from Cuba in the song “Paciencia y Fe.” 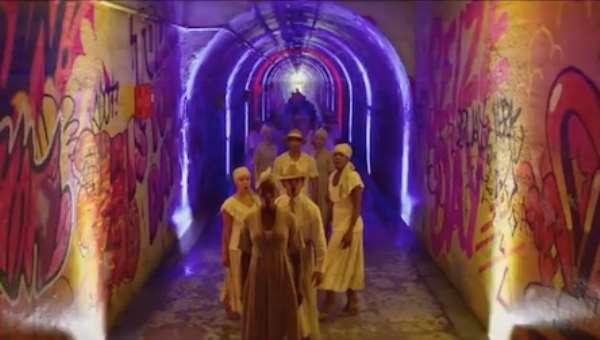 The tunnel was recently the subject of a article decrying the people using drugs in the tunnel, and leaving behind trash and “crude graffiti tags.”

Local City Council member Carmen De La Rosa and Nira E. Leyva-Gutiérrez, executive director of the Northern Manhattan Arts Arts Alliance—which partnered with the DOT on the 2015 murals—issued a joint statement claiming that the community’s calls for improvement to the passageway “never advocated for the soul of the tunnel to be removed in the erasure of the local art that was emblematic of the tunnel.” They are “angered and disappointed,” they added, that the DOT acted without warning or engaging the community.

NYC DOT crews recently cleaned the 191st St tunnel & removed graffiti. We value the importance of public art & this cleaning is the first step towards creating new art with the community. We are committed to keeping the tunnel clean in partnership with @NYPDnews & @NYCSanitation. pic.twitter.com/1IULhOKGFJ

At a DOT press conference in which Rodriguez promised to issue a new “Request for Proposals” for the site this week, new graffiti tags could already be seen on the tunnel’s freshly painted walls.

“We look forward to working closely with the community and local elected officials on a project that celebrates the culture and diversity that makes New York so special,” Vincent Barone DOT’s interim press secretary, told the local NBC affiliate.

17 Art Exhibitions Worth Traveling for in Europe This Year, From a Blowout Survey of Yayoi Kusama’s Inflatables to the Largest Showcase of Vermeer’s Work Yet

An Oil Sketch Found Covered With Bird Droppings in a Farm Shed Is Actually an Early Van Dyck, Now Heading to Auction for $3 Million

Twenty-five years after it opened, artists still find it hard to love the Guggenheim Bilbao