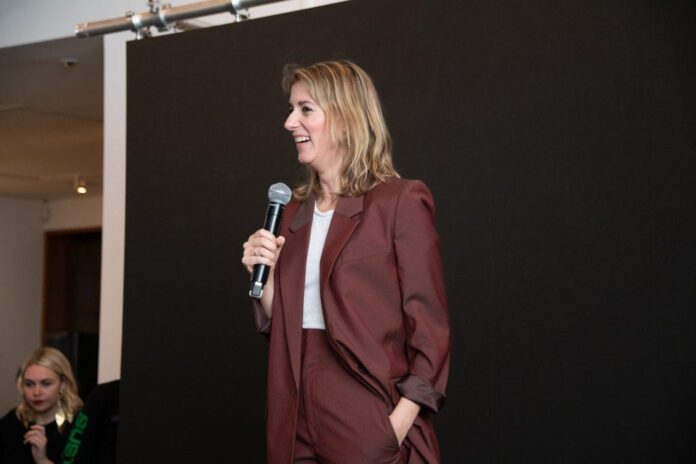 Filmmaker Madeleine Sackler’s next movie, , is about a female neuroscientist grieving her father’s death and begins using new A.I. technology in a way that cures her pain and suffering.

To some, the themes of the movie appear to bear a striking similarity to the director’s own experience of losing her father, Jonathan Sackler, who died of cancer in 2020, as well as her family’s notorious role in developing the painkiller OxyContin.

Sackler has denied that the film, which she wrote and directed, is autobiographical. “This film is about artificial intelligence and there are no parallels between my father or his work and the characters in the film,” Sackler told Artnet News through a representative.

But her family’s reputation, and perceived similarities to it in the film, caused discomfort among some people who worked on . “The script is extremely parallel to Madeleine’s experience of the loss of her dad, and clearly very related to what he did with drugs,” Caroline Pigou, a set dresser on the production, told Artnet News. “Everyone on the crew would talk about how fucked up and weird it was that this movie was getting made in the first place.”

In early August, ahead of filming , a meeting was held on set to address Madeleine Sackler’s background. Her family’s company, Purdue Pharma, pleaded guilty to criminal charges over its marketing of OxyContin in 2020. Meanwhile, the Sacklers have lost their cultural cachet in recent years, with art museums and other institutions stripping their name from galleries, while civil lawsuits seek to hold the family accountable for its role in the opioid epidemic. Photographer Nan Goldin’s anti-Sackler activism and is the subject of a new film by Laura Poitras, .

At least one crew member quit after that meeting.

Pigou stayed on, she said, because she relied on the salary, and felt that ethical issues are often unavoidable in her field. “In the film industry, it’s not unusual to be working underneath, uh, suspect characters. It’s Hollywood. There’s dirty money all around.” 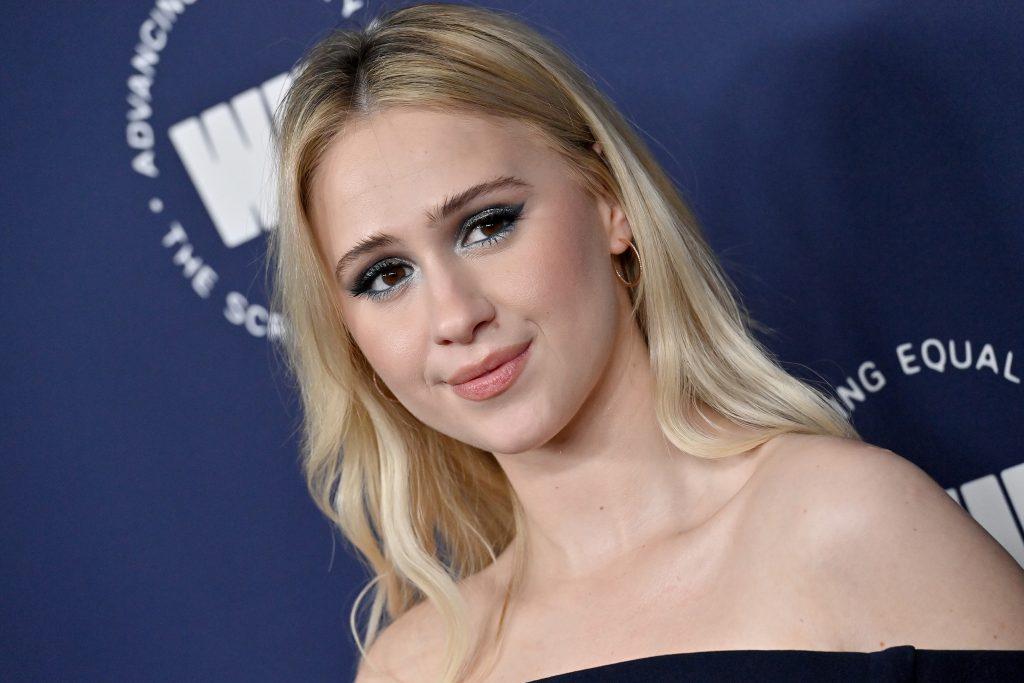 Maria Bakalova in 2022. Photo by Axelle/Bauer-Griffin/FilmMagic.

The film stars Maria Bakalova—best known for her role as Tutar Sagdiyev in —as Abby, and David Strathairn as her father, Warren. A young programmer named Sam, played by Adam Palley, generates a digital, A.I.-powered recreation of Warren’s consciousness.

Madeleine’s father, Jonathan Sackler, was the second son of Raymond Sackler, one of the three first-generation Sackler brothers. Raymond and Mortimer Sackler bought out the oldest brother, Arthur Sackler, from Purdue Pharma, before the development of OxyContin.

The Mortimer and Raymond branches of the family went on to make billions from the sale of the drug, a time-release opioid marketed to both doctors and patients as a non-addictive pain medication that was safe for long-term use. The Sacklers have been steadfast in their claims that they bear no culpability for the more than 600,000 U.S. deaths from opioids since the drug’s release in 1996. 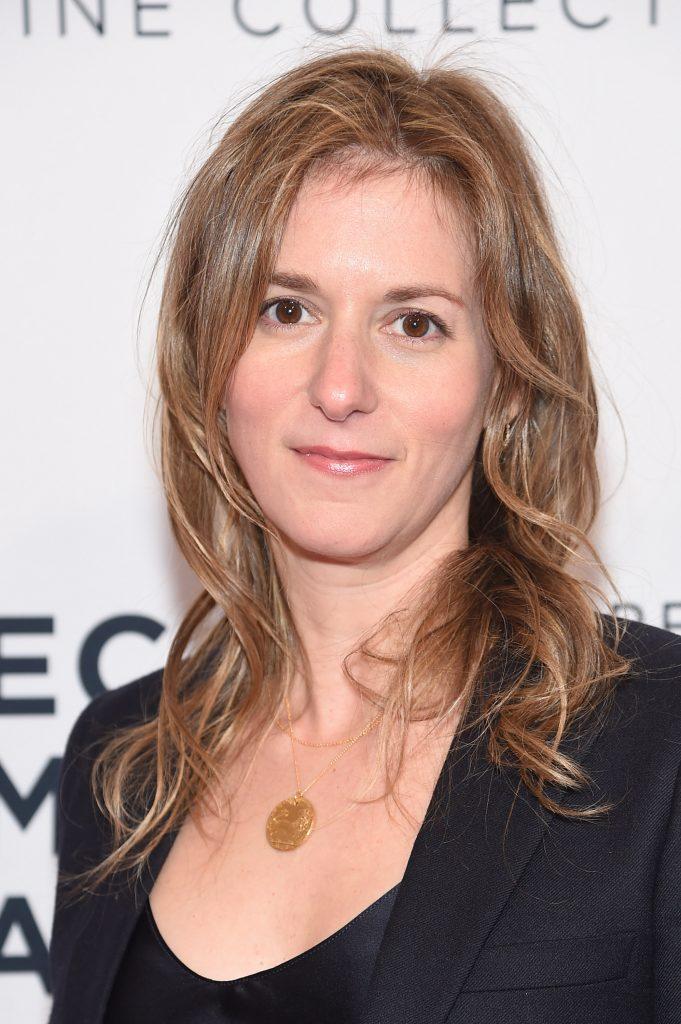 “One thing that struck people on set was how sympathetic the father character was, this very sweet man. It’s really a movie about her grieving—how much her dad meant to her, and how she’s like unable to deal with that loss,” Pigou said.

Sackler declined to answer further questions about the film, including whether money derived from the sale of OxyContin was used to fund it. She has not personally worked for Purdue Pharma.

Madeleine’s previous work has also drawn attention to her family’s role in the opioid crisis.

In 2018, she released two films, shot simultaneously on location in a maximum security prison in Indiana—a facility where 1,000 of 1,800 inmates underwent addiction treatment each year.

One was a documentary, , in which one inmate spoke about his mother’s addiction to prescription painkillers. The other was the feature film , about an older prisoner finishing his sentence, with incarcerated men featuring prominently in the cast.

The fact that a member of the Sackler family had made a film about life behind bars, given the close ties between mass incarceration and the war on drugs, did not go unnoticed in the press. In a story about those films, the noted that “OxyContin has undoubtedly deepened the problem of addiction, and contributed to the current heroin plague. So one might suppose that Sackler’s concern and sympathy for the incarcerated is some kind of expiation.”

But in interviews, Sackler has largely refrained from addressing the issue. “She points out that her other grandfather was a mathematician, and that she has also made films about basketball and Belarus,” the  continued. “It pains her to think that the perception of her project, and of the hard work of everyone involved, would be tainted in some way by her pedigree.”

Before the premiere of , the film’s star, Jeffrey Wright, wrote Sackler an email, recounted in Patrick Radden Keefe’s book . He brought up the “elephant” in the room—the family’s role in the opioid crisis—asking, “do you think you should take into consideration that this will become part of the dialogue around these films?”

She didn’t respond, according to Keefe.

“Madeleine gave no indication of any sort of public break with her family or even any discomfort when it came to the legacy of the drug that had made them all so wealthy,” Keefe wrote.

Sackler’s approach on the set of , which filmed from early August to late September, may have been similar.

“She was never apologetic,” Pigou said. “She never disowned her family or tried to separate herself [from their business] in any way.”

Amid a Feverish Market for Her Prismatic Paintings, Japanese Dynamo Etsu Egami Is Keeping a Cool Head