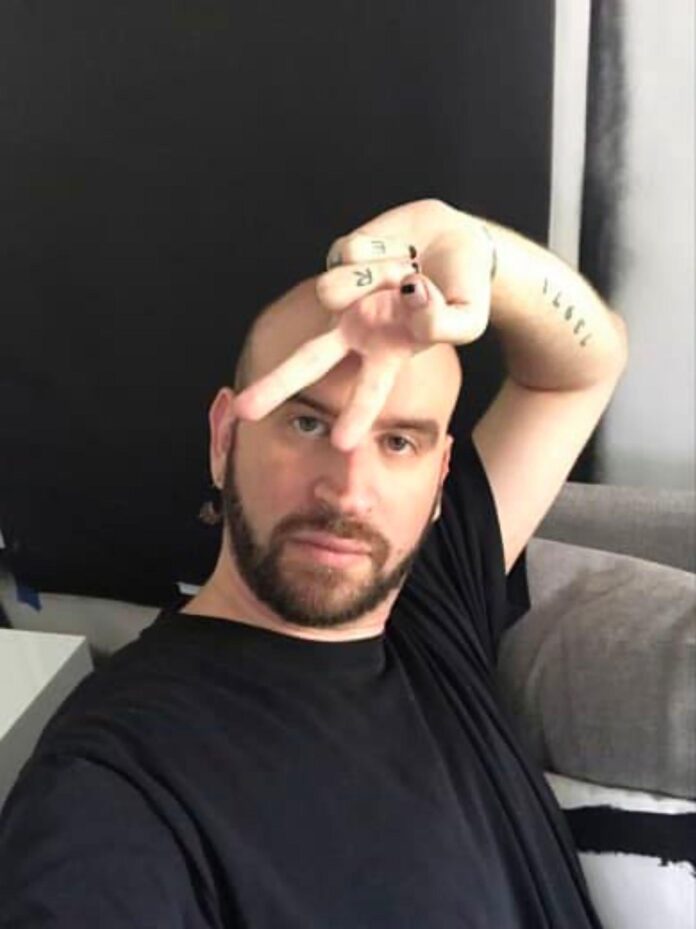 A spokesperson for the US District Court for the Southern District of New York tells The Art Newspaper that investigations are ongoing, and that a second conference has been set for 29 March.

Zelony-Mindell, a curator who rose to prominence in the close-knit circles of photography and photobooks and uses the pronoun they and them, was an MFA student at the University of Arkansas when they were arrested in New York on 16 December 2022 in an undercover sting. FBI agents, posing online as a parent of a fictitious nine-year-old boy, had made arrangements to meet up with Zelony-Mindell after the curator allegedly expressed interest in engaging in sexual activity with the boy.

According to the 13-page complaint filed the day of the arrest, Zelony-Mindell waived their Miranda rights and agreed to talk to law enforcement upon arrest. The agent in charge of the investigation wrote that during an interview, Zelony-Mindell “admitted, in sum and substance, to possessing and distributing child pornography. In addition, he stated, in sum and substance, that he intended to meet [an undercover agent] in order to meet [the agent’s] purported 9-year-old child and that the purpose of meeting the child was to engage in sexual conduct.”

A lawyer for Zelony-Mindell did not respond to requests for comment.

Zelony-Mindell first communicated with the undercover agents around 16 February, 2022, on the dating app Scruff, which caters to men seeking men. According to the complaint, Zelony-Mindell asked the investigators’ account whether the user was “into taboo”; the account described an interest in “taboo yng incest dad son”, after which Zelony-Mindell asked to shift conversations to the encrypted messaging app Telegram. Investigators say that Zelony-Mindell stated on Telegram that they had an interest in pedophilia and, between May and July, distributed videos and images containing child pornography to the FBI agents.

In early May, Zelony-Mindell also allegedly began expressing their interest in having sex with a minor. An undercover agent had introduced the fictitious child as the son of a friend, and Zelony-Mindell allegedly began communicating with the purported father, also a law enforcement agent acting undercover. The parties agreed that the child would be on sleep medication during the planned sexual activity so he would be “knocked out a little bit”, the complaint reads. Authorities arrested Zelony-Mindell in December when the curator, who had since moved to Arkansas for school, was visiting New York. The arrest took place outside a coffee shop in Tribeca where law enforcement said they had arranged to meet before heading to the father’s apartment.

News of Zelony-Mindell’s charges has disturbed many in the photography world who knew them as an advocate of emerging artists, and queer artists in particular. Chief among their projects were books they edited—newflesh (2019), Primal Sight (2021) and Witness (2021)—that collectively brought together works by more than 200 artists exploring issues of race and gender, and feature texts by well-known art-world figures.

“They were an up-and-coming queer scholar on track to become one of the most prominent voices,” the photographer Leonard Suryajaya tells The Art Newspaper. “Efrem had a lot of power in the sense that they got to approach artists, take them in, give them attention, validation…When you’re a young artist with nothing on your resume and this figure comes up and says, ‘I want to publish your work,’ that could mean the world.”

Suryajaya never met Zelony-Mindell in person, but they maintained a professional relationship over the past five years primarily through social media. The two worked together on several projects, including a feature in Foam Magazine for which Zelony-Mindell provided an essay about Suryajaya’s work. News of Zelony-Mindell’s charges “feels very triggering because I had the utmost trust for Efrem,” Suryajaya says. “Knowing that we were both queer, we understand what it feels like to be a persecuted minority, we know the struggle of the photo industry, we know how you have to lean on each other to build your career—only to find out that our foundation and values are so disconnected.

“It shook me to the core. It really pulled from my trust,” he adds. “The network I’ve built is all because of the internet, based on digital bridges. It really made me question everything in my world.”

Beyond photobooks, Zelony-Mindell made a name for themself writing for publications including DEAR DAVE, MOSSLESS and VICE; organising exhibitions at venues including the 2018 Re: Art Show and the 2020 Spring Break Art Show; and co-hosting an interview series with artists that was live-streamed on Twitch. From 2018, they also served on the board of the Robert Giard Foundation, which closed its doors at the end of 2022. Many artists knew Zelony-Mindell from the School of Visual Arts in New York, where Zelony-Mindell received their BFA in 2011 and was a teaching assistant.

Since Zelony-Mindell’s arrest, publishers and publications have swiftly removed mention of their projects and contributions from websites. (The blog Filthy Dreams chose to append a note to a review Zelony-Mindell wrote in 2018: “What are we supposed to do?! Pretend this never happened?! Delete all the articles? That felt cowardly and not exposing how he was able to embed himself into the arts community.”) Dozens of people familiar with them have been using a Reddit forum to process the news, with several expressing feelings of betrayal and manipulation.

“After all of this has come out it’s obvious to me how much of their career was based on power over younger marginalised artists, things I saw as creating opportunities now read as manipulation and control tactics,” one Reddit user, identifying as a former classmate of Zelony-Mindell, wrote on 19 December. “I don’t know what else to say other than that I feel haunted by this, it’s hard to put out of my mind.”

While relatively unknown to the broader public, Zelony-Mindell became a trending topic overnight in far-right circles as news of their arrest spread. Conservative media and personalities were quick to zero in on the curator’s identity as nonbinary and queer, in their excoriations about predators perpetuating transphobic and homophobic stereotypes.

The onslaught of sensationalist commentary demonstrates how Zelony-Mindell has “sparked this undoing of what queer achievements have been made in the past few years,” Suryajaya says. “For me, the purpose of being an outspoken, proud queer artist is so I can create a world where people look at me as equal, not a villain or a criminal, like in my home country [of Indonesia]. The case makes people who are already untrustworthy toward queer communities just jump on and persecute queer people.”

The Leaning Tower of Pisa Now Leans Less, Its Infamous Tilt Having Been Reduced by 1.6 Inches Over the Last Two Decades