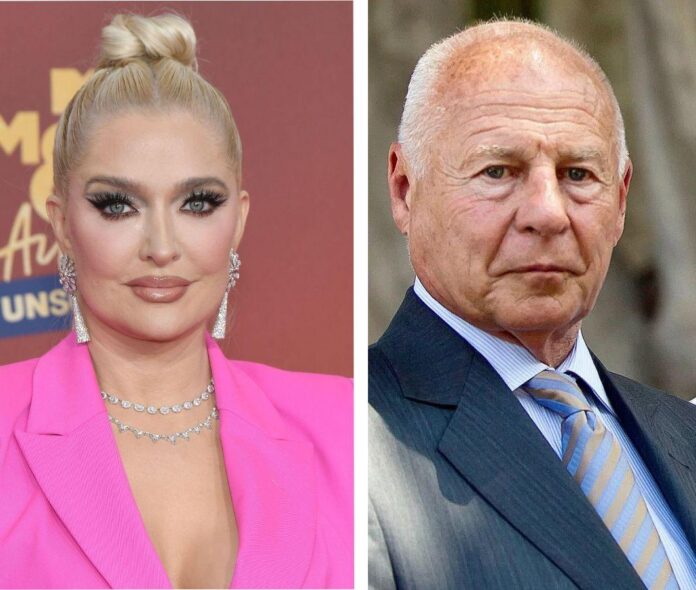 Works of art by Joan Miro and David Hockney, a vintage Steinway piano and a Machiavelli first edition are among the items being sold from the collection of the estranged couple Erika Jayne and Tom Girardi in a court-ordered auction next month.

Girardi, a disbarred lawyer who helped win a high-profile legal case in the 1990s which inspired the film Erin Brockovich, is facing allegations that he misappropriated millions of dollars in settlement money from clients—including burn victims and relatives of those killed in the 2018 Lion Air plane crash.

Jayne, a cast member of the Real Housewives of Beverly Hills, is alleged to have colluded with him to fund her lavish lifestyle. In one court filing it was disclosed that Girardi’s law firm may have paid up to $25m of his wife’s personal and professional expenses, including $850,000 on hair, makeup and nails.

The lawsuit alleges the former couple misappropriated “client settlement money to project an image of wealth and to prop up a lifestyle made for reality TV”. Jayne has vigorously denied knowing anything about Girardi’s alleged financial wrongdoings, declaring on the Real Housewives of Beverly Hills: “This is not who I am and I hope this is not who he is.”

Their collection, which includes furniture, decorative art, books and sports memorabilia, comes to the block on 21 September after a federal bankruptcy judge allowed Girardi’s estate to enlist an auctioneer to sell off his valuables last month. The proceeds will help pay off creditors.

Girardi, who is 83 and has been ruled by a judge incompetent to handle his own financial affairs, has been diagnosed with late onset Alzheimer’s and dementia and was moved into a nursing home last year. After more than 20 years of marriage, the couple announced they were getting divorced in November 2020. Their often-televised Pasadena mansion went on the market last year, eventually selling for a reportedly below market price of $8m.

Three bronze sculptures by Glenna Goodacre, who created the Vietnam Women’s Memorial, in Washington DC, are also being sold, the largest of which, Crossing the Prairie (2000), is estimated at $30,000-$40,000.

Other lots of note include a 200th anniversary edition of a Steinway piano, from 1997, valued at $40,000-$60,000, and a first edition English translation of Niccolo Machiavelli’s 16th-century political treatise, The Prince, which could achieve $2,000.