A group of Iranian artists, scholars, critics, art historians, and curators have signed an open letter in support of art students at the University of Tehran’s fine arts department and Tehran’s University of the Arts. The students have been active in the now two-month-old protest movement triggered by the September 16 death of 22-year-old Mahsa Amini, who was arrested for wearing an “improper” hijab.

“We came out to support the art students in Iran who have, like all other students, courageously defied the brutal crackdown by the Iranian regime’s security forces,” Iranian American photographer and video artist Shirin Neshat, who signed the letter, said in an email to Artnet News. “It is a testament to our determined struggle, shoulder to shoulder with the people of Iran, to demand an end to violence and an end to the regime that has brutalized the people of Iran.”

The more than 6,000 signatories “declare our solidarity with Iranian art students in their struggle for equality, life, and freedom. With all of our cultural and social power, we stand firmly with them. We condemn, in the strongest terms, all forms of arrest, intimidation, and suppression by the regime, and we demand the immediate and unconditional release of all students who have been detained,” the letter reads.

An anonymous steering committee drafted the statement, publishing it on October 29 with just 600 names at the time. 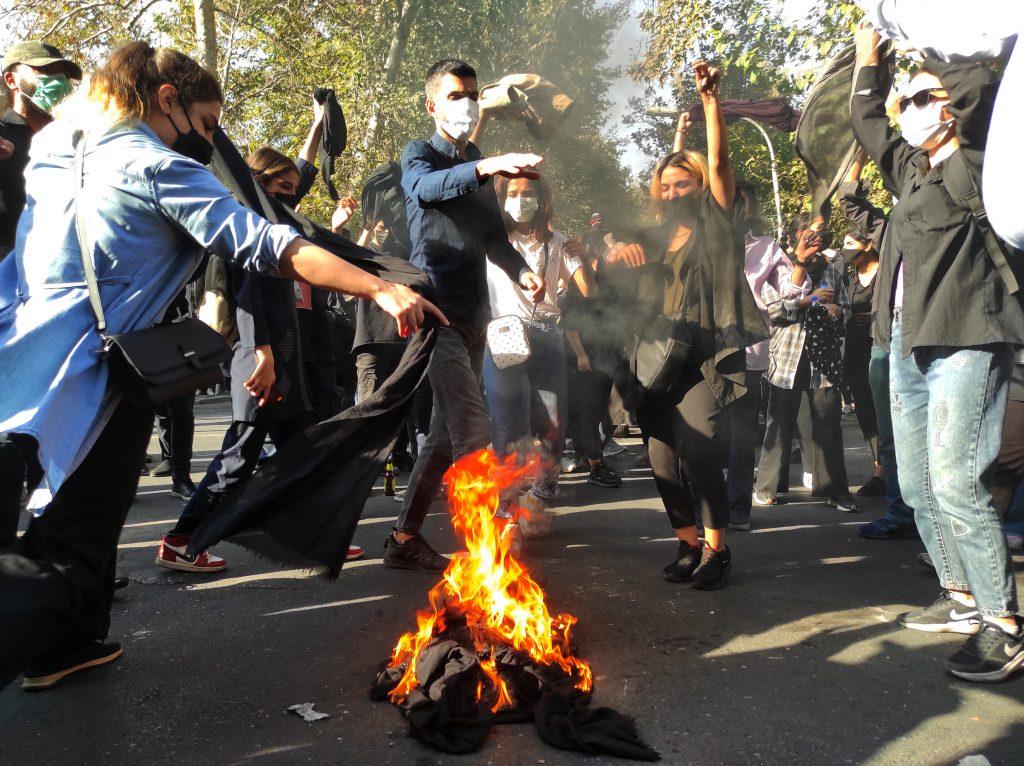 Iranian protesters set their scarves on fire while marching down a street on October 1, 2022, in Tehran, Iran. Protests over the death of 22-year-old Iranian Mahsa Amini have continued to intensify despite crackdowns by the authorities. The 22-year-old Iranian fell into a coma and died after being arrested in Tehran by the morality police, for allegedly violating the country’s hijab rules. Photo by Getty Images.

“In this climate of brutal repression and suppression by the regime of the Islamic Republic, the art students of Iran have issued an important statement in support of the great movement in Iran headed by courageous young girls and women,” Nicky Nodjoumi, an Iranian American painter and signatory, said in an email to Artnet News. “They demand freedom of expression and thought, no compulsory hijab, no violence and oppression, and most of all, the dismantlement of this savage regime.” 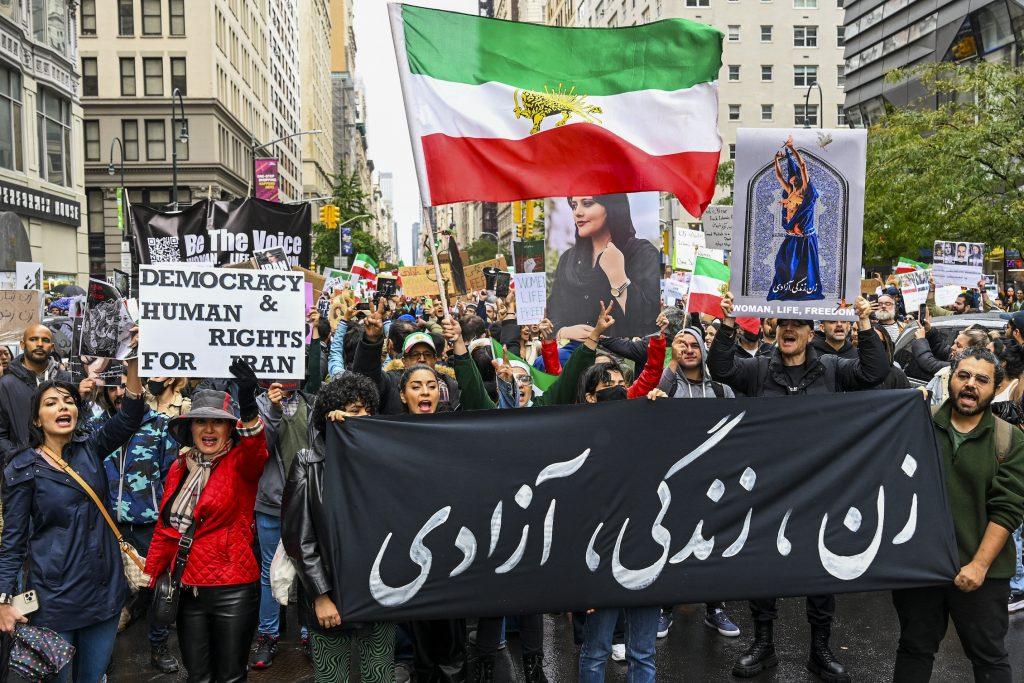 Protesters gather in Manhattan to show their opposition to the Iranian regime following the death of Mahsa Amini, a 22-year-old Iranian woman who died in police custody in Iran after allegedly violating the country’s hijab rules. Photo by Alexi Rosenfeld/Getty Images.

Protesters are calling not only for increased rights for Iranian women, but for the overthrow of the nation’s government. Young people across the country have been leaders in the demonstrations, which for art students means not only endangering their lives and freedom, but also disrupting their education.

“Most classes have been suspended to keep them off campus,” curator Vali Mahlouji told Artnet News in an email. “Their universities are threatened with closure if they do not stop protests.”